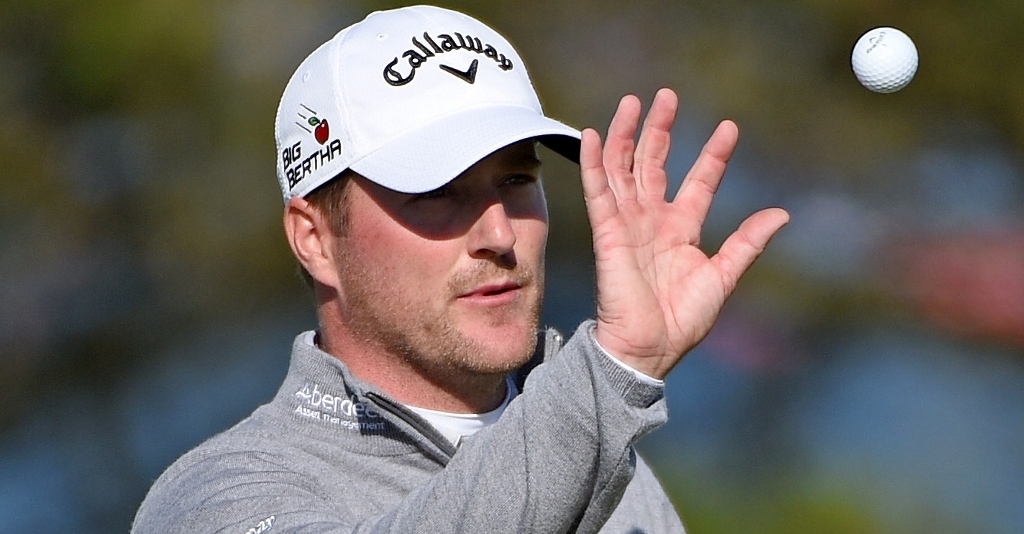 Marc Warren of Scotland and Englishman Danny Willett lead after Friday’s second round of the Dubai Duty Free Irish Open on an eight-under-par total of 136.

Warren made seven birdies in his round of 66 after firing a first round 70 on Thursday with his only bogey coming on the par 5 fifth hole.

Willet followed up his first round 65 with a 71 to be tied at the top with the Scot. While Willet birdied five times he also dropped shots on the second, seventh, 13th and 15th holes.

Northern Irishman Rory McIlroy is a shot off the pace in third after firing a two-under 70. His round consisted of five birdies and three bogeys.

Warren said he was happy with his showing and felt he was due a low score. "I felt, especially the last three events, I felt as if I was close to some decent form," he told the European Tour site.

"I think everything was pretty solid overall," he added. "I kept the ball in play off the tee, which is obviously important in these conditions, and the short game is good."

Willett said afterwards that he played a bit scrappy but was glad how things ended up. "A little bit scrappy but grinding out quite nicely," he said. "Marc's score today is a fantastic round of golf.

At five-under-par is England's Matthew Southgate who shot a 69 to be two shots behind McIlroy.

Tied at four-under-par are the South African duo of Richard Sterne and Jaco Van Zyl along with England's Tyrrell Hatton.