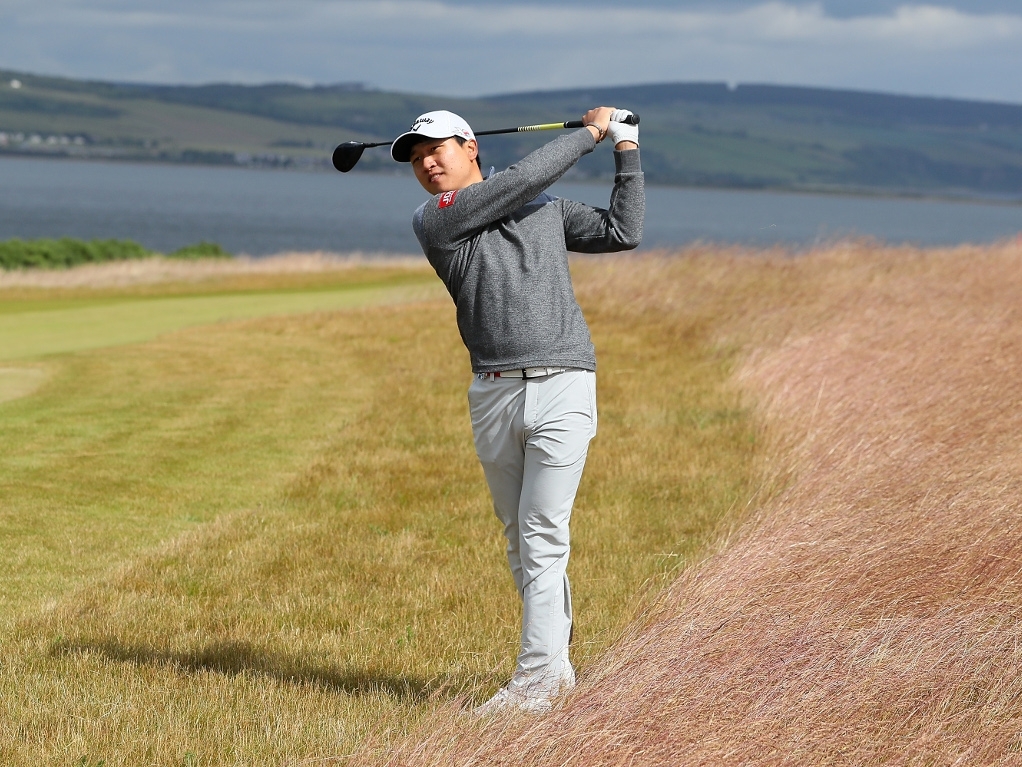 Korean talent Jeunghun Wang will make his debut at The Open this week with every intention to stamp his mark on the Major stage in the near future.

The 20-year-old Asian Tour rising star has made waves on the international scene this season, winning back-to-back titles in Morocco and Mauritius in May to emerge as one of the region's hottest new golfers.

With five other top-10s, the slender Wang is thankful that a strict upbringing and competing on the Asian Tour have helped shape his fledging career where he is currently ranked 76th in the world.

"I'm looking forward to playing in my first ever Major championship. As a young golfer growing up, I have always been dreaming of playing in the best tournaments around the world and it doesn't get any better than competing for the first time at The Open,” said Wang, who is currently second on the Asian Tour's Order of Merit.

"My season has gone really well with those two wins in May and I was also in contention in Thailand last month and in France last week. So my form has been good over the last few weeks and I hope to maintain it especially at Royal Troon."

A maiden visit to the famous Scottish links will be Wang’s first taste of links golf. He is expecting the worse of conditions but believes he will only be fighting against himself.

"I've not played on a links course before and all I know is that conditions can be difficult with the wind, cold and rain. However, I will be ready to give it my best shot and play to my best ability," he said.

Wang will be joined at The Open by young countrymen Soomin Lee, Byeonghun An and K.T. Kim, who were his teammates in the EurAsia Cup earlier this year, and credited established stars K.J. Choi and Y.E. Yang for paving the way for them to succeed.

“As a Korean golfer, I know that top players like K.J. Choi and Y.E. Yang have enjoyed great success internationally and I hope to also follow in their footsteps in the years to come. Y.E. won a Major which was a great thing for Asian golf and of course it is also my hope that I can have the chance to win a Major someday.

"With other young Korean golfers like Soomin Lee, K.T. Kim and Byeonghun An playing well, I think Korean golf is in good hands."

Wang’s father Youngcho, who is a teaching professional, moved the family from Seoul to Manila about 10 years ago as the plan was to allow the youngster to have easier and cheaper access to golf facilities in the Philippines.

He got hooked to golf as "it's the only sport where you can hit the ball very far" and after winning several junior events in the Philippines, Wang turned professional in 2012 at a tender age of 17.

He showed his growing potential by not missing a single cut from 21 starts in 2014 and followed up with an impressive ninth place finish on the Asian Tour's Order of Merit in 2015 which earned him a pick by Captain Jeev Milkha Singh to represent Team Asia in the EurAsia Cup.

Singh, a former Asian number one, was so impressed with Wang's ball-striking ability that the Indian predicted Wang would be a Major champion one day.

Wang said: "The Asian Tour has been a great platform for me to learn over the last three years. The destinations and golf courses that we play on, and the quality of players on Tour, have been the reasons why I’m playing some good golf now. I'm growing in confidence for sure and I think I can still learn and become better."

He paid tribute to his 58-year-old father, saying that Wang senior had provided him with the impetus to succeed in the game as well.

"My dad was very strict previously. He taught me everything he knew. I played golf every day after school. There was no time for other games or hanging out with my friends. The focus was on golf only. He made me practice but I liked it," he said.

"He told me that mental strength is very important and you can't be nervous. He's the only teacher I have. I don't plan to change because I’m winning."

He arrives in Scotland in confident mood. Wang was in the final group at the French Open during the last day but faded in the final round as Thai great Thongchai Jaidee eased to a comfortable win.

"Losing in the French Open was disappointing but playing in the last pairing with Thongchai and watching how he handled a tough golf course and a tough field was a good learning experience for me. I need to be better when playing in difficult conditions or hard golf courses if I want to win the big tournaments. That's certainly something that I hope to learn by playing in Major events like The Open."