Wang makes it two in a row 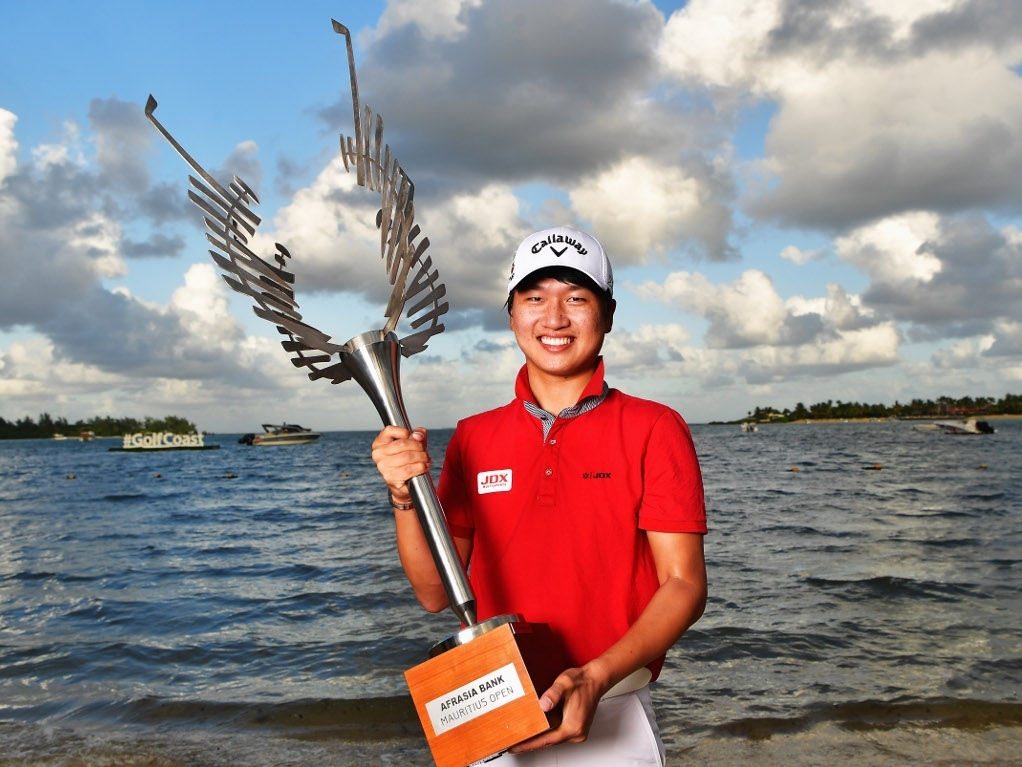 Jeunghun Wang recorded is second win in as many weeks when he won the AfrAsia Bank Mauritius Open on Sunday.

A final round of 72 would be enough for the South Korean to earn a one stroke victory, edging Siddikur Rahman at the Four Seasons Golf and Country Club at Anahita.

It was Rahman who had the one shot lead going into the final round and even extended it to three strokes at one point, but the Bangladeshi would capitulate on the final three holes.

After Rahmn dropped three shots on the 16th and 17th, a playoff looked imminent as both teed off on the last. But Rahman would miss his birdie putt to hand the win to Wang.

The 20-year-old was coming off a win at last weeks' Trophee Hassan II in Morocco and couldn't quite believe his luck.

"I can't believe that I've won two weeks in a row…I'm so excited right now and really happy that I have won," Wang told europeantour.com.

"I hope I can win three in a row, but next week is a really big tournament and it's my first time in Ireland, so I'm not sure. I'll be trying my best.

"I probably had luck on my side today. I wasn't even thinking about winning this week until the 16th. I missed a lot of putts so I thought I didn't have any chance to win."

The win makes Wang the first player to win in consecutive weeks since Rory McIlroy in 2914, when he claimed the WGC-Bridgestone Invitational followed by the US PGA Championship.

Further down the field, Nicolas Colsaerts and Estanislao Goya would tie for third place on even par, while Andrew Dodt of Australia was alone in fifth.