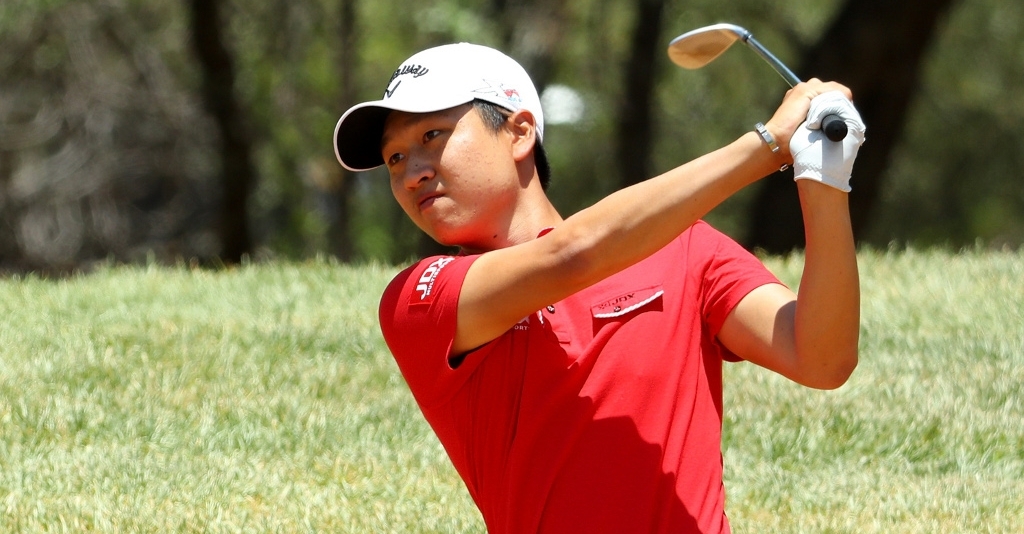 South Korea's Jeunghun Wang was one of three first-round leaders in a tightly-packed Nedbank Golf Challenge leaderboard in Sun City.

Wang – like Colombian Felipe Aguilar and England's Ross Fisher – opened with a round of four-under-par 68 to share a one-shot lead over a group of seven others that included Race to Dubai leader Henrik Stenson, Richie Ramsay, Victor Dubuisson, Alex Noren and George Coetzee.

The modest scores were a sign of the difficulty of the layout at Gary Player Country Club – the third longest course in European Tour history – with thick rough and strong winds making for an oftentimes treacherous test of mettle.

In fact, only 20 of the 72 players in the field could get under par.

Aguilar, Fisher and Wang all mixed five birdies with one bogey to share the lead, while Stenson signalled his intent this week with five birdies and two bogeys in a three-under 69.

Notably, Stenson finished like a house on fire, birdying 15, 16 and 17 after a slow start to rocket up the leaderboard.

His main rival for the Race to Dubai title – Masters champ Danny Willett – could only muster a three-over-par 75.

Co-leader Wang could significantly strengthen his case to be named Sir Henry Cotton Rookie of the Year if he does well this week, having already captured the Trophée Hassan II and AfrAsia Bank Mauritius Open in 2016.

Aguilar, meanwhile, admitted to being surprised at finding himself in the lead.

"I didn't expect it actually," he said. "The course wasn't playing very easy. We have to start with the fact the course is not easy. It's very difficult for me to judge distance because of the altitude, so I'm quite happy with today's round.

"I try to be very strategic. I don't go for every single hole out here. It worked out today and hopefully it will work out for the next three days."

About 20 mongoose invade the green…

Fisher was able to bounce back from a bogey at 17 with a birdie at the last to grab a share of the lead.

"I was working my butt off to birdie the last I have to say," he said. "I wanted to try to make birdie because I let a few chances slip on the back side.

"I'm still of the mindset to go out there and attack and try and make as many birdies as I can and try and shoot as low a possible score that I can."