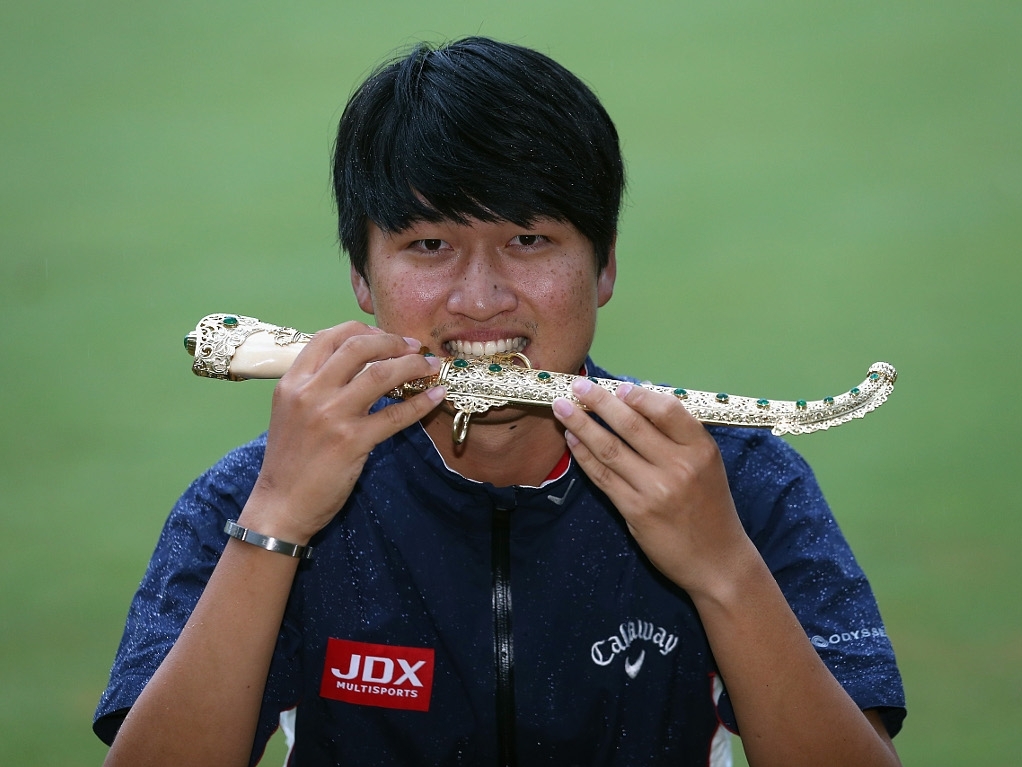 After a captivating day of golf Jeunghun Wang claimed the Trophée Hassan II on Sunday and in doing so recorded his first win on the European Tour.

After Nacho Elvira signed for a 69 and with it assumed the clubhouse lead at 18-under for the tournament, Wang had to hole an 18-foot birdie attempt on the 18th to force a play-off. A perfectly weighted stroke saw the 20 year-old take the tournament into extra-time.

On the first play-off hole Elvira again looked odds on to be the victor as he reached the 18th in two. However, Wang somehow drained a 50-foot birdie putt to ensure the pair replayed the 18th for a third time on the day.

After hitting the green in regulation the Korean reached for his boiling hot flat-stick and preceded to drop a 20-foot slider for birdie that Elvira could not match or better.

As is so often the case in golf, Wang recalled no thoughts going through his head as he drained those three miraculous putts on 18.

"I don't remember how did I putt on the last three holes," Wang said after the dramatic conclusion to what has been a superb week of golf in Morocco.

"I just tried to make birdie. I didn't think about anything, I just putted.

Wang, a runner-up at the recent Hero Indian Open, is now the second Korean winner in three weeks on the European Tour after Soomin Lee claimed the Shenzhen International and the former was ecstatic for both himself and his countryman.

"He’s a good friend of mine and I'm so happy that he won. I win also so it’s great," Wang beamed.

Robert Rock and Clément Berardo finished a shot off the pace in a tie for third while Chris Hanson and Nino Bertasio were a further stroke back in a tie for fifth.