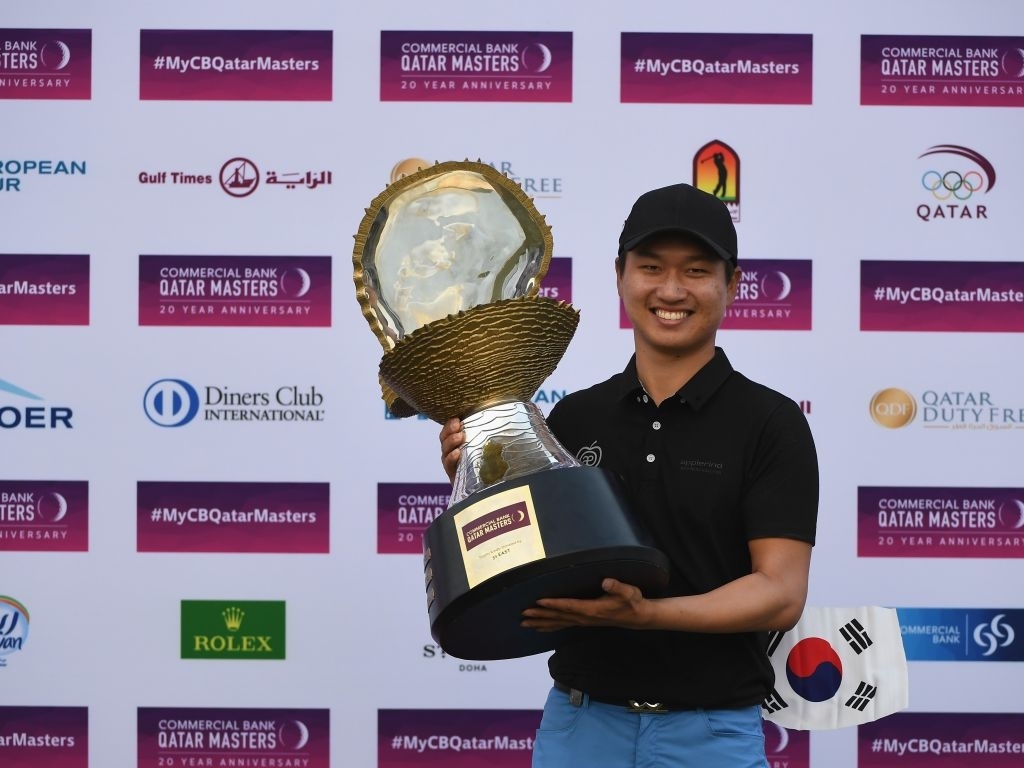 Wang, who with the win is closing in on a Masters debut, birdied the first extra hole to be victorious at Doha Golf Club after all three players finished on 16 under par.

If Wang can remain in the world's top 50 until the end of March he will earn an invite to the year's opening major at Augusta.

"This feels really fantastic for me. It's really, really great. I'm so happy," added the 2016 rookie of the year.

"I was really nervous on the back nine. I missed a lot of greens but my chipping was really good today so I saved everything and finally I won."

France's Michael Lorenzo-Vera and South Africa's Thomas Aiken had to settle for a share of fourth place on 15 under, with Jordan Smith carding a closing 66 to finish a shot further back alongside Rafa Cabrera Bello and Nacho Elvira.