Wallace waltzes to victory in Portimao 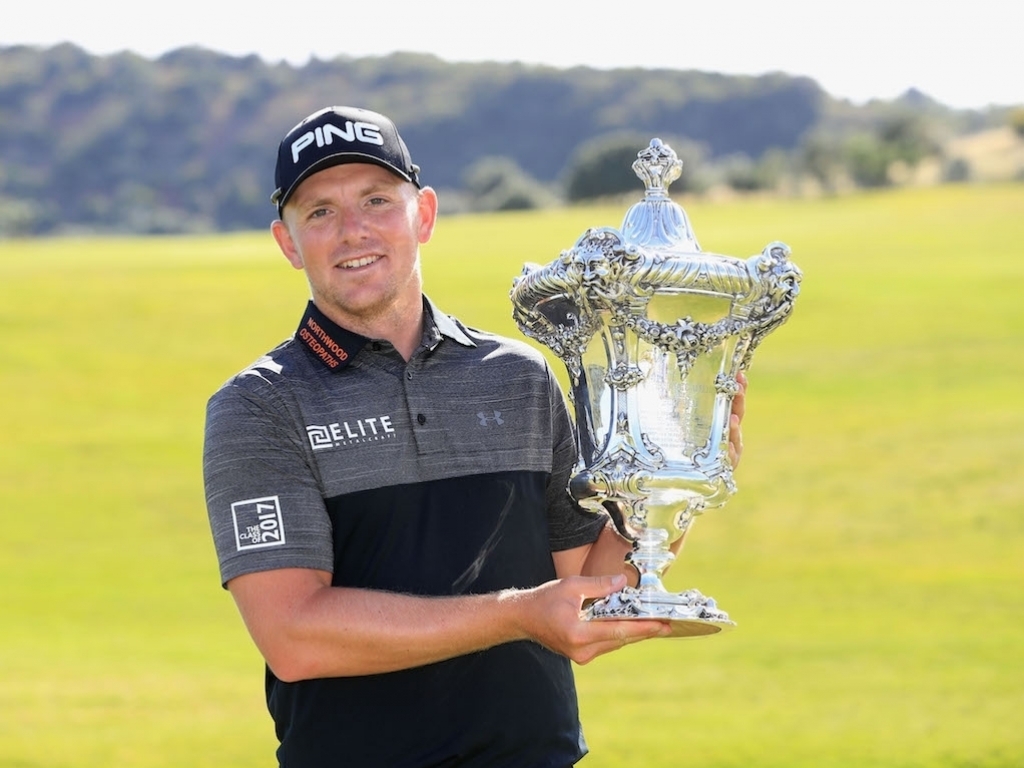 Matt Wallace closed with a solid 69 to complete an impressive wire-to-wire victory at the Open de Portugal on Sunday.

Wallace, who had never won a European Tour event before Sunday, produced his third bogey-free round of the week as he reached a winning total of 21-under-par.

The 27-year-old Englishman lead the tournament from the completion of play on Thursday.

The victory was a comfortable one in the end but Julian Suri did his best to haul Wallace in.

Suri’s daring final round of 65 contained nine birdies. However, his dropped shot on 17 saw the pressure released. The American finished three shots back on 18-under-par.

France’s Matthieu Pavon was third on 16 under, with Sebastien Heisele and England’s Sam Walker a shot further back in fourth.

Speaking afterwards, Wallace admitted that the triumph in just his fourth European Tour event was a very welcome surprise.

“It’s the best feeling ever,” he said.

“It’s always been a dream to win on the European Tour.

“Those first two days were really easy, that third day was the hardest day of my life and today was tough but it’s so satisfying and I’m really happy.

“A good friend of mine, Tom Lewis, won here in Portugal and I spoke to him yesterday and he has great memories here and I’m going to as well.

“I didn’t see it coming, I never envisioned standing here, I just tried to go through my processes and work as hard as I could to be standing here today.