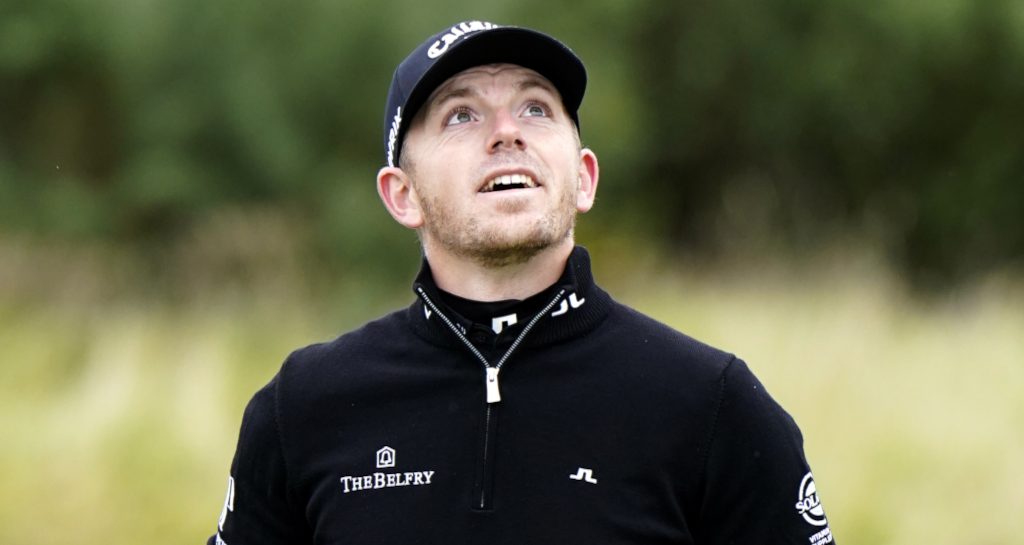 Matt Wallace got his preparation just right to claim a share of the lead after the first round of the RSM Classic.

Wallace carded eight birdies in a six-under-par 64 to claim a share of the lead with Colombian Camilo Villegas at Sea Island, Georgia.

The 30-year-old bounced back from the frustration of his closing 77 at the US Masters in fine style, and not even the loss of his regular caddie Dave McNeilly, who tested positive for Covid-19 earlier in the week, could derail him.

Both Wallace and Villegas were playing a very windy Seaside Course, one of two being used in the tournament along with the Plantation Course.

“That was tough. It was very windy. Hitting a five-iron from 155 yards and still being short – that was how windy it was out on that far side around 13, 14,” Wallace said after his round.

“But I played nice. I maybe mis-struck two shots out there today, so it was a good ball-striking day.”

Wallace also revealed he had done some solid work with his putting coach in the build-up to this week’s event to try and make him feel more comfortable on the greens.

The Sea Island course hosts a nearby Golf Performance Center with a state-of-the-art putting studio, and the Englishman took full advantage of the facilities to help him iron out a few problems.

“Over the last few weeks, because I haven’t been comfortable over the ball, I’ve been taking a lot of time trying to get comfortable, so my routine had gone out,” he said.

“Worked hard on that this week… change of putter… no sight line, but using a thicker line on the ball.

“There was a bunch of stuff we did up in the lab, and I was very fortunate to get up there.”

After losing his caddie to Covid-19, Wallace opted for a local caddie, Jeffery Cammon, who works at the Performance Center, and it ended up doing him no harm at all.

“Justin Parsons, who I know really well from here… As soon as I got the news about Dave, I messaged JP and said I’d go for a local this week. I think that’s really important, with two courses. And I didn’t really want to step on Dave’s toes getting another professional caddie.