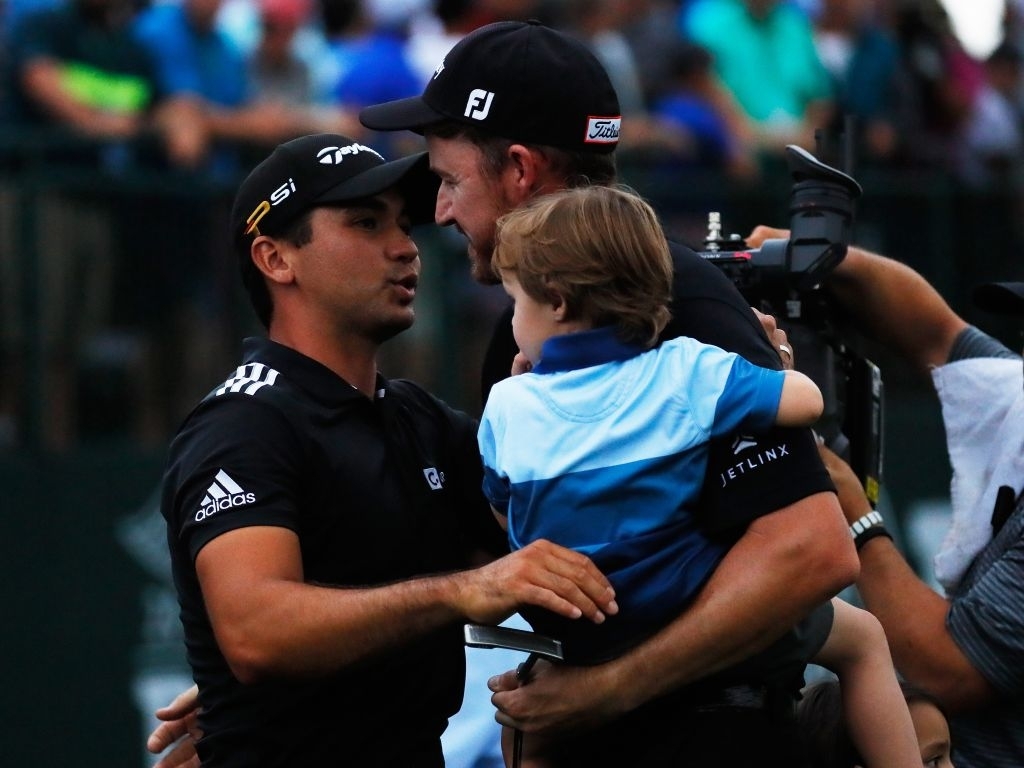 Jimmy Walker savoured his first major win on Sunday after he survived a late charge from defending champion Jason Day to claim victory at the weather-affected US PGA Championship at Baltusrol.

The 37-year-old held his nerve to par the final hole and win by a shot from Australian Day, who had eagled the last to pile on the pressure, and Walker admitted that the feeling was "surreal".

Walker carded a closing 67 at  to finish 14-under-par, one shot ahead of Day after the world number one eagled the final hole.

A par was still good enough for Walker to become the eighth wire-to-wire winner of the US PGA – and the first since Phil Mickelson at the same venue in 2005 – and the 37-year-old held his nerve after pitching to 30 feet from the right of the green.

"I said when I birdied 17 that'd probably end it. Then we made birdie but sometimes things just don't come easy.

"Jason is a true champion…eagle on 18, that's unreal. That really put it on me to make a par and pars are hard sometimes. But we got it."

Walker revealed that he had considered the safe option of laying up at the par five 18th before opting to try and find the green, adding: "I figured 19 times out of 20 you're going to make a five going for the green from right there.

"I literally hit it in the worst place you could hit it and ended up having to make a little tester coming in and just buried it. It was awesome."

Day, who had managed only one practice round on the course in the build-up after feeling unwell, admitted that he was "running on empty" but was happy with his efforts at defending the trophy.

"The eagle was really nice," Day said. "They're the things you have to do when you're under pressure. I had to give Jimmy something to think about, I had to step up and do something at the last.

"The two iron into the green was probably one of the best two irons I've ever hit into a par five, especially under the circumstances. As soon as I hit it, it felt perfect. Emiliano (Grillo, his playing partner) came up to me and said the ball was scared of me when I hit it!

"It was nice to get the eagle, just to try and make Jimmy think about it, but obviously, Jimmy just played too good all day. The birdie on 17 was key for him.

"I'm a little disappointed, but at the end of the day, I came in here with not the greatest preparation. I'm very, very happy with how I played all week.

"I know exactly how Jimmy feels because I did exactly that last year. So it was actually quite nice to be able to see him celebrate with his family and friends there.

''I tried to give it a good run. I felt like I played pretty decent the whole week and unfortunately it just was not good enough. But I can't be disappointed. Jimmy played great all week and is a deserving winner.''