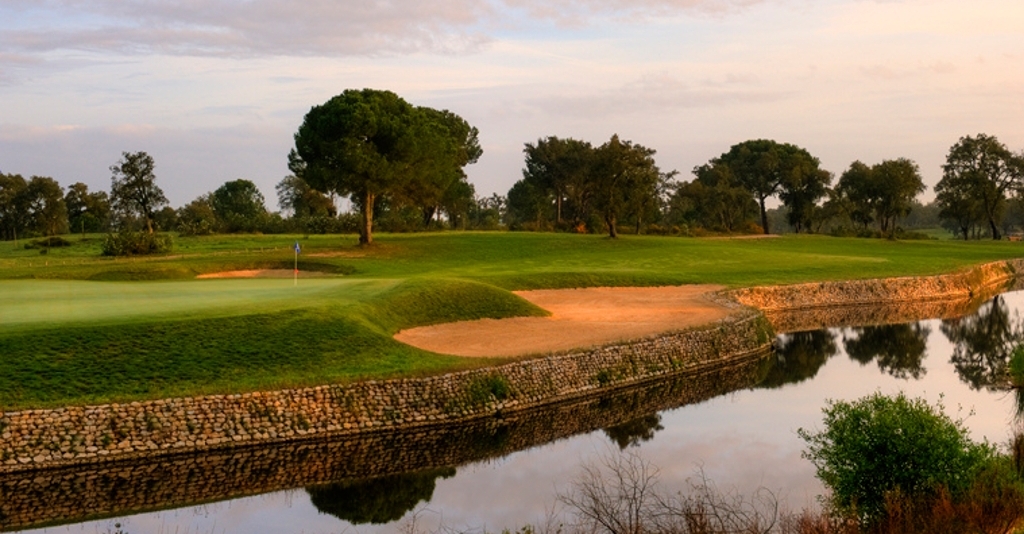 Former European Tour pro David Llewellyn is tipping ORIZONTE – Lisbon Golf to play a leading role in the development of Portugal’s young golfing talent over the next few years – and revealed the group’s Quinta do Peru is his favourite course.

ORIZONTE’s seven courses surrounding the Portuguese capital, include Quinta do Peru Golf & Country Club, two at Ribagolfe, and two at Aroeira, which was twice the venue for the Portuguese Open, and recently included among Europe’s Top 100 Courses.

And Llewellyn, who won the World Cup of Golf for Wales alongside 1991 Masters winner Ian Woosnam, has been a regular visitor to ORIZONTE’s courses since the mid-1990s, when he was coach of the Welsh national team.

With more than 40 years’ experience, the 59-year-old is one of the highest qualified golf coaches on the continent, and he was back at ORIZONTE’S Quinta do Peru club to work with Challenge Tour professional Pedro Figueiredo, and to teach local juniors at the highly-respected academy, for a week in April.

Portugal is making giant strides in its attempts to attract new golfing talent, but at present there are only 15,000 registered players – although the Portuguese Golf Federation has set its sights on increasing that number to 50,000 in 10 years’ time.

And Llewellyn insists the work ORIZONTE is doing with its coaching programmes will help boost both the standard and numbers of players in the foreseeable future.

He said: “I know the coaches – Leonor Medeiros, João Costa and Tomás Lima – having coached them myself. I think the programme ORIZONTE has in place is going to deliver results long-term.

“Nothing happens overnight but you will find there will be a lot more talented players coming through because of what is in place here.

“Over the years, I have visited Portugal to coach juniors and some of them are now professionals – the likes of Pedro Figueiredo and Ricardo Melo Gouveia. I have been coaching here for 10 to 12 years and there is a lot of ability in Portugal. There is a really good coaching programme at ORIZONTE.”

A 30-minute drive from Lisbon and framed by the Arrábida Natural Park, Quinta do Peru was designed by Rocky Roquemore and is rated in the Top 100 courses in Continental Europe in the prestigious Golf World magazine ranking.

“When I am at home in Wales and the weather is really bad and cold, I sit there, close my eyes and imagine Quinta – with the sun shining – and I feel better. I fell in love with Quinta do Peru.”

ORIZONTE also offers a selection of well-established accommodation options dotted within the beautiful Costa Azul region – and in Lisbon city – and the management group has just launched some great value 2017 golf packages.

Llewellyn believes the facilities are of the highest quality and also urged visitors to explore the surroundings, adding: “It is a real test of golf. At Quinta do Peru, I have always thought that the driving range has been fantastic.

“It’s my favourite place to teach wherever I go — I love it. And since they have the new chipping green by the first tee it has become even better with a range of places to practice.”