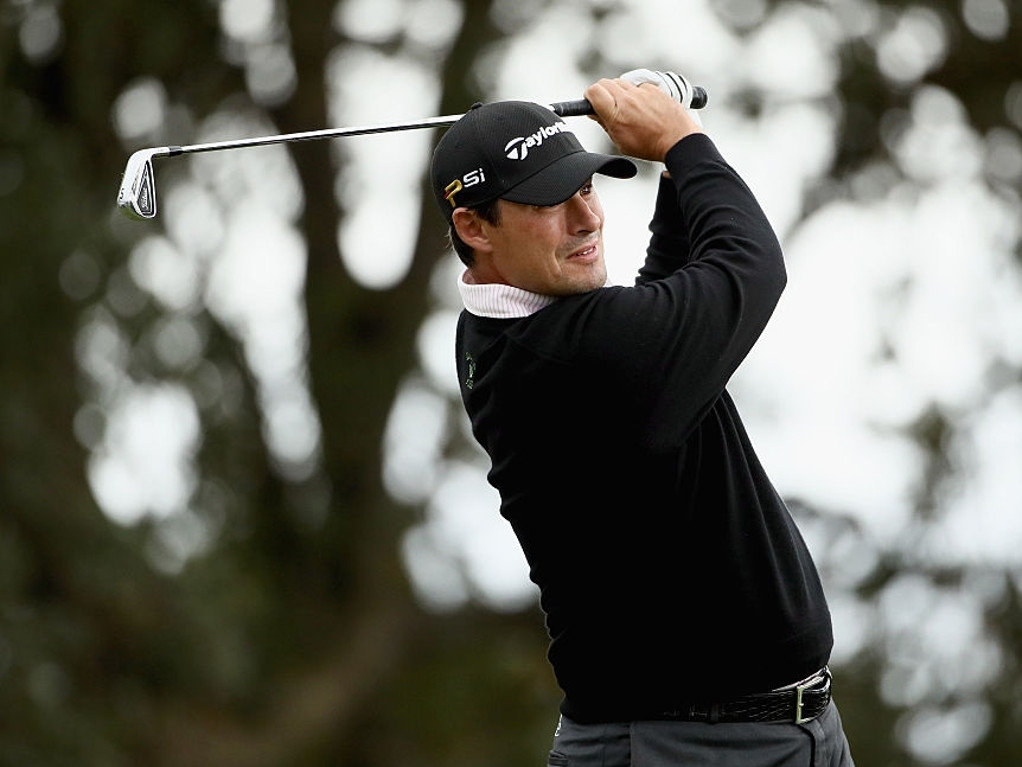 American Johnson Wagner will hold a one-shot lead going into the final day of the Safeway Open in Napa after play was cut short due to rain.

Wagner chipped in for a birdie at the eighth hole and was three under for the day when his round was called off for the day after 15 holes with him at 15-under par.

Wagner holds a one-shot lead over Scott Piercy and Patton Kizzire whose rounds ended on the 16th and 17th hole respectively after the heavy rain caused puddles to form on the greens at the Silverado Country Club..

Englishman Paul Casey was one shot further back at 13-under par when play ended, one shot ahead of Scotland’s Martin Laird.

Casey earlier lost two shots on the par-five fifth after his tee shot ricocheted off a tree and was lost.

Phil Mickelson shot a three-under par 69 to be tied for 10th at nine-under par.

A total of 15 players, including the top five on the leaderboard, have yet to complete their third rounds as play will start earlier as 7.40am local time on Sunday.