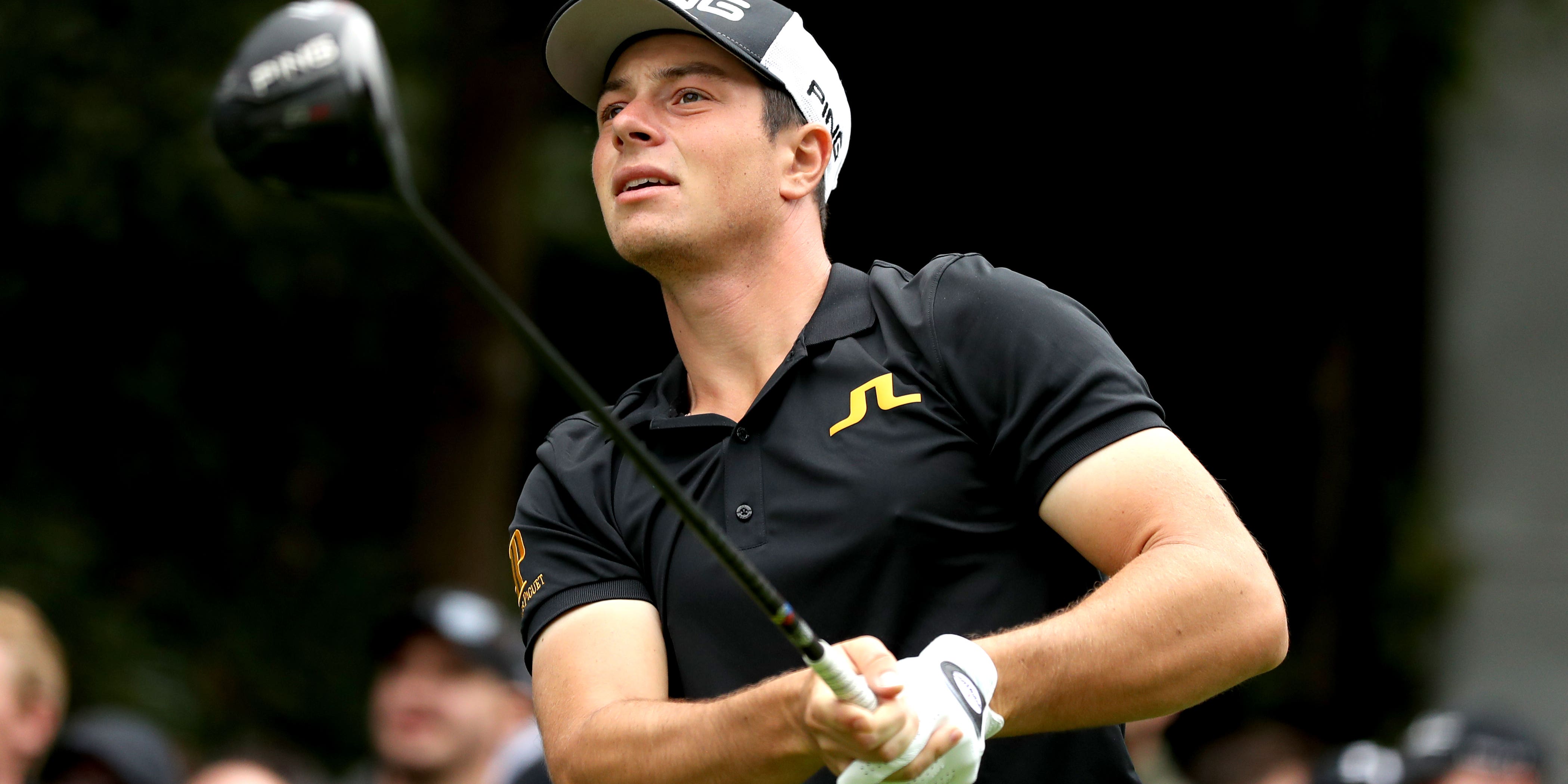 Viktor Hovland has fully recovered from the eye injury which forced him out of the US Open and will be all ears when he partners Sergio Garcia and Martin Kaymer in the BMW International Open.

Hovland withdrew midway through his second round last week after getting sand in his eye as he practised at Torrey Pines.

The 23-year-old Norwegian explained what had happened in an Instagram post which included a picture of him wearing a patch over his eye and proved that at least his sense of humour had not been affected.

“Typically, when faced with such an unfortunate circumstance, the remedial action is to blink a few times for the sand to clear,” Hovland wrote.

“However, the unique San Diego sand decided to linger. Much like the stubborn belly fat we all possess even after countless of hours of cardio.”

Speaking after making the long journey to Munich for his seventh regular European Tour event, Hovland said: “It was a weird week. It seemed like everything that could go wrong, did go wrong.

“Thankfully I had a good doctor who supervised me a little bit, even throughout the round and after I withdrew he gave me some kind of cream to put on my eye.

“He said the eye has one of the fastest growing tissues in the body so I was lucky when I woke up the next day I was all good again.”

Hovland currently occupies an automatic qualifying place for Europe’s Ryder Cup team and will try to learn as much as possible from playing partners Garcia and Kaymer over the first two days in Munich.

Garcia became Europe’s all-time leading points scorer in the 2018 victory in Paris, while Kaymer was appointed a vice-captain by Padraig Harrington on Wednesday.

“I’ve looked up to Sergio and Martin when I was younger watching them in Ryder Cups and other events,” Hovland added. “Just to have the chance to be around them the next couple of days I think is going to be really special.

“I’m going to try to ask as many questions as I can without being in the way. They are both great guys and it would be really cool to be on a team with both of them.”

Hovland is also looking forward to being part of Norway’s Olympic team in Tokyo, in contrast to the likes of Garcia, Louis Oosthuizen and world number two Dustin Johnson, who have all opted out of the Games.

“It’s unfortunate that we’re in the times that we’re in and certainly it’s not going to be maybe as fun as it was in Rio, but just to have a chance to represent my country, regardless of how strict the policies in place will be, I think it’s going to be a great honour and we’ll have a good time regardless,” Hovland said.

“Growing up I always dreamed about playing in majors and being in the Ryder Cup team, it wasn’t necessarily to be in the Olympics because we didn’t even have the chance to do so as Rio was the first time they brought golf back.

“But given the tradition that Norway has in other sports in the Olympics, it means maybe a lot more to me as a Norwegian compared to other countries that don’t maybe view it in the same way.

“Norway has such a high respect towards athletes that have been in the Olympics. Just to be in the same spotlight as those athletes, that I also respect, that’s something really cool.”