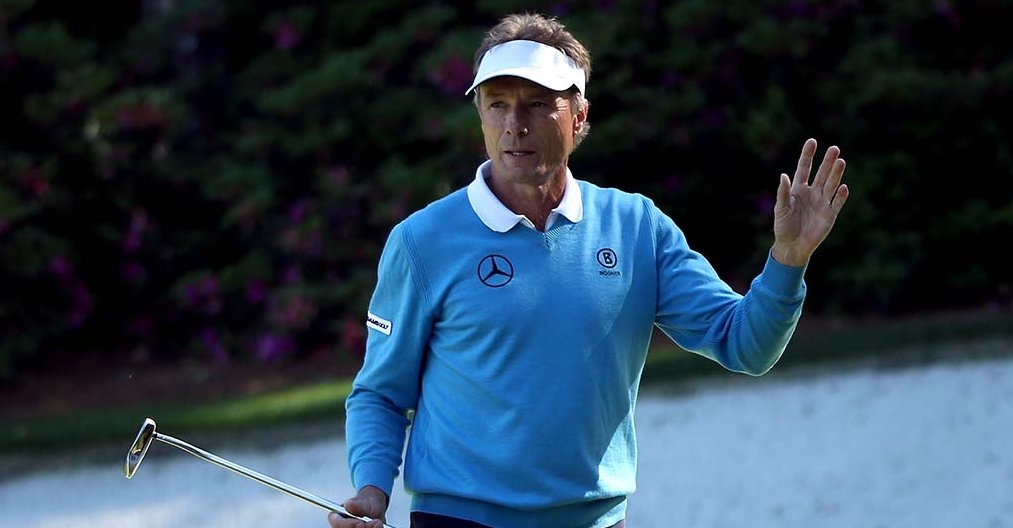 German veteran Bernhard Langer fired a third-round 70 for a one-under-par total of 215 to be within two shots of leader Jordan Spieth and put himself in line to possibly become the oldest man to win a major at the Masters.

In recent times, the 58-year-old has been in great form on the Champions Tour and after a solid round at Augusta National, with birdies on the second and fifth holes before dropping a shot on the sixth then followed that up with a birdie on the eighth.

He dropped shots on the ninth and 12th but made three straight birdies on the 13th, 14th and 15th holes before dropping a shot on the 18th to end the day with a 70.

The 48-year-old Julius Boros is the oldest man to win a major when he won the 1968 PGA Championship.

In an interview afterwards, Langer said it would be great to win it for the 'old guys'.

"It would be one for the old guys," Langer said. "Tom (Watson) almost had it (when he lost in a playoff at the 2009 British Open at age 59), but I know almost doesn't count. He was extremely unfortunate not to win that tournament.

"It's going to happen sooner or later. The guys are staying fit."

Langer, who still uses a long putter but does not anchor it against his body, says that despite trying other putters he is most comfortable using his tried and tested long putter.

"I probably have 25, 30 new putters at home the last three months with different grips," Langer said. "I tried this way, I tried that way, regular, cross-handed, and some of them work pretty decent.

"But at this time, I'm still most comfortable by just not anchoring, because I've done this for 18, 19 years now. Put so many hours into it, it's difficult to change something that quick."