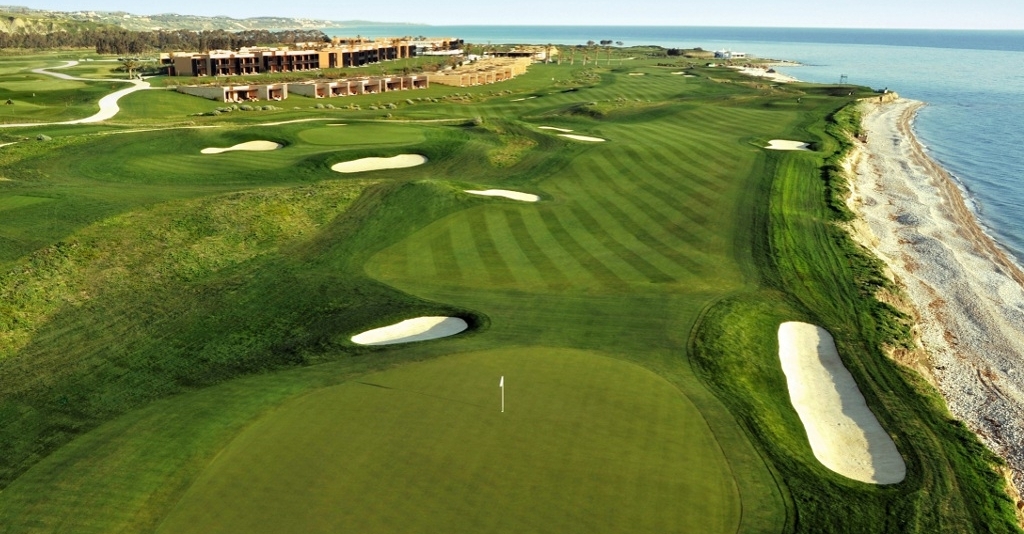 Verdura Resort, the Rocco Forte hotel in Sicily, is preparing to host a European Tour tournament after the award-winning golf and spa resort was selected to stage the new event on the professional calendar next spring from May 18-21.

Taking place a week before the BMW PGA Championship, The Rocco Forte Open is set to feature the top-ranked players in Europe as they put the finishing touches to their preparations for the European Tour’s flagship event under sunny skies on the largest island in the Mediterranean.

The event will take place five years after Verdura Resort hosted the 2012 Sicilian Open, won by Denmark’s Thorbjørn Olesen. The resort was opened in 2009 by Sir Rocco, who wanted to create a golf resort with a club-like feel. The resort spans 230 hectares of stunning traditional Sicilian landscape, set against the backdrop of the azure Mediterranean waters.  Verdura’s golf facilities include two outstanding 18-hole championship courses – the East Course and West Course – and a par-three nine-hole course.

Sir Rocco Forte, Founder and Chairman of Rocco Forte Hotels, said: “I am thrilled that Verdura Resort will be hosting The Rocco Forte Open – Verdura. Our Sicilian resort offers two 18-hole links golf courses designed by Kyle Phillips and is visited regularly by some of the most famous names in European golf.

“The resort is set along two kilometres of coastline so every hole has sweeping views of the Mediterranean Sea. As a enthusiastic golfer myself, I will be sure to be there.”

Keith Waters, Chief Operating Officer of the European Tour, said: “We are delighted that the European Tour will return to the stunning Verdura Golf Club in 2017 and I would like to thank Sir Rocco for his support of the tournament.

“The Rocco Forte Open – Verdura will I’m sure be a special week for all the players and we look forward to coming to Sicily in May and watching the challenges such a beautiful venue will pose of the world’s best golfers.”

Complementing Verdura’s outstanding golf courses are extensive golf practice facilities including a double-ended driving range and outstanding academy, which will be further enhanced in the new year with the installation of the latest Trackman launch monitor, 3-D motion force plates and SAM PuttLab technology.

Verdura has enjoyed an outstanding last 12 months with bookings increasing dramatically across its golfing sectors in 2016, and its success on the course has been reflected off it with the resort winning a number of top international accolades including, most recently, being named as Italy’s number one golf venue in an industry list of continental Europe’s top 100 golf resorts.