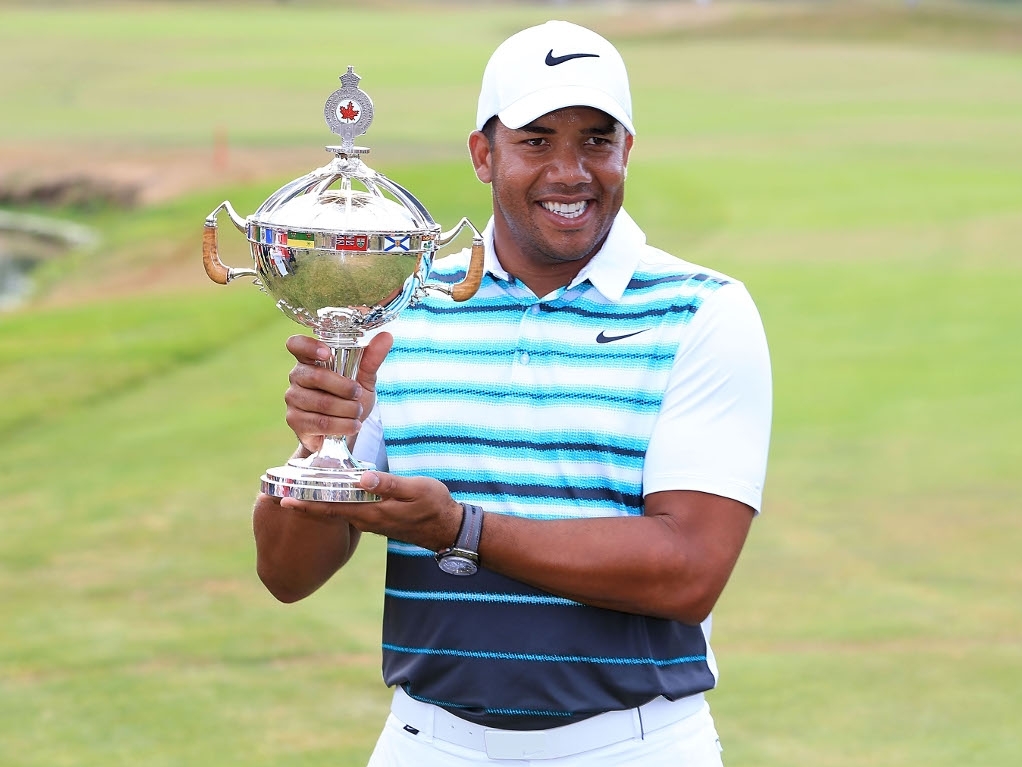 Jhonattan Vegas notched up an impressive come-from-behind win at the RBC Canadian Open on Sunday after firing an eight-under-par 64.

Vegas started the day five strokes adrift of overnight leader Brandt Snedeker, but an early rally with five straight birdies at the start of the final round, and a further three from the 16th to the 18th saw the 31-year-old top of the leaderboard.

The victory was Vegas’ second on the PGA Tour and sees him grab a spot at his first PGA Championship next week. He also earns a place in next year’s Masters and a two-year tour exemption.

U.S. Open winner Dustin Johnson tied for second with Jon Rahm and Martin Laird with on 11 under, while Snedeker eventually had to settle for a fifth-placed finish.

Laird and Steve Wheatcroft could have forced extra holes on the 18th hole but failed with their birdie attempts.

Snedeker was the last player remaining who had a chance of forcing extra holes, but it was a disappointing day for the 2013 winner who could not close with an improbable eagle at the final hole.

Amateur Jared du Toit, who was looking to break the 62-year drought of a Canadian winner at the competition, finished a creditable ninth on nine under.

World number one Jason Day shot a five-under 67, and finished T14. He will defend his PGA Championship crown next week at the Baltusrol in New Jersey.