Vegas, Saunders second to the weather 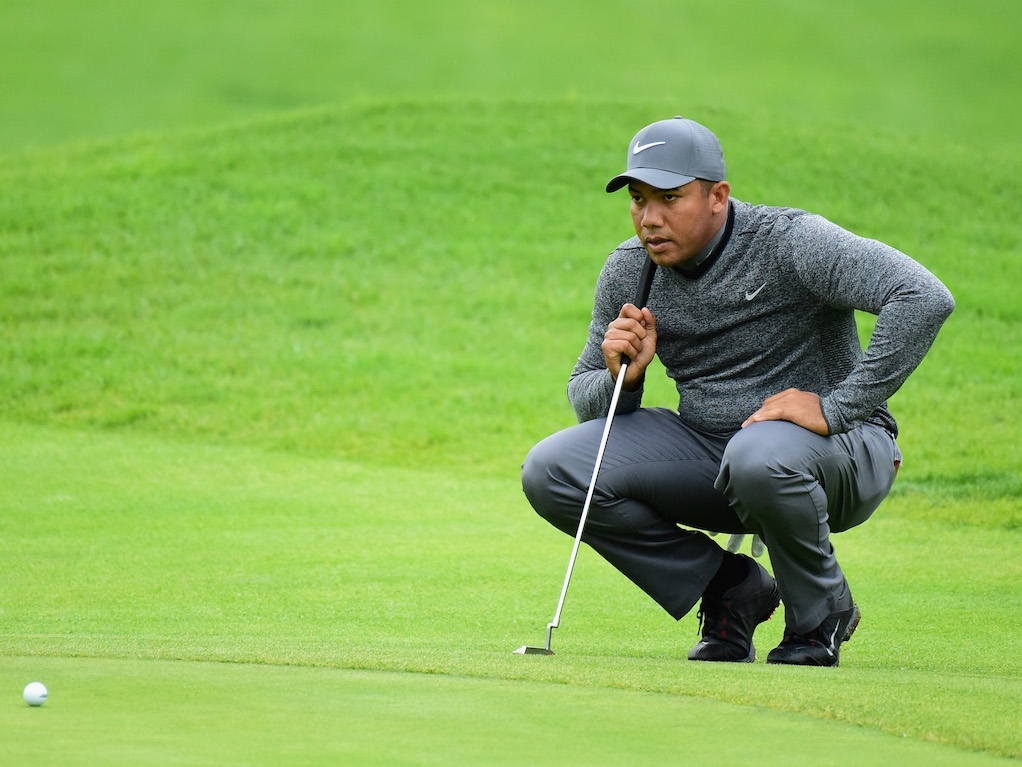 Poor weather in Los Angeles meant that only 24 players completed round two of the Genesis Open, a tournament Sam Saunders and Jhonattan Vegas share the lead at.

A serious deluge and high winds forced play to end early on Friday with a clear majority of the field still playing or having not yet started the second round. Los Angeles is not known for rain but the city and Riviera Country Club were expecting one of it’s biggest storms in years and it certainly never failed to arrive.

Prior to that though, Vegas of Venezuela battled through 14 wet and windy holes to tie for the lead at seven-under-par.

Saunders is the co-leader, however, he is yet to start his second round.

"I tried to stay super patient," Vegas told Golf Channel of his game-plan.

"I knew I was going to hit a lot of bad shots and had to find a way to get a lot of up-and-downs. Staying patient was the key."

Spieth, coming off a commanding four-stroke victory at Pebble Beach on Sunday, continued his sizzling form down the California coast.

The former world number one was three-under-par through 16 holes to get to a five-under-par total that is currently good enough for a share of fourth place.

"Last week actually was great prep for it because we played through conditions like this in the first round," said the two-times major champion.

"Things aren't always going to go your way on a day like today so try and pick your spots on the easy holes and from there hit putts at the right speed and make it as stress-free as possible."

Hideki Matsuyama of Japan was three-over for the tournament after 15 holes. He appears headed for a missed cut. After a golden run, this would be the first time that has happened in 12 events for the 24-year-old talent.

Officials hope to resume play early on Saturday on the rain-drenched course where high winds had toppled trees and turned umbrellas inside-out during Friday's play.