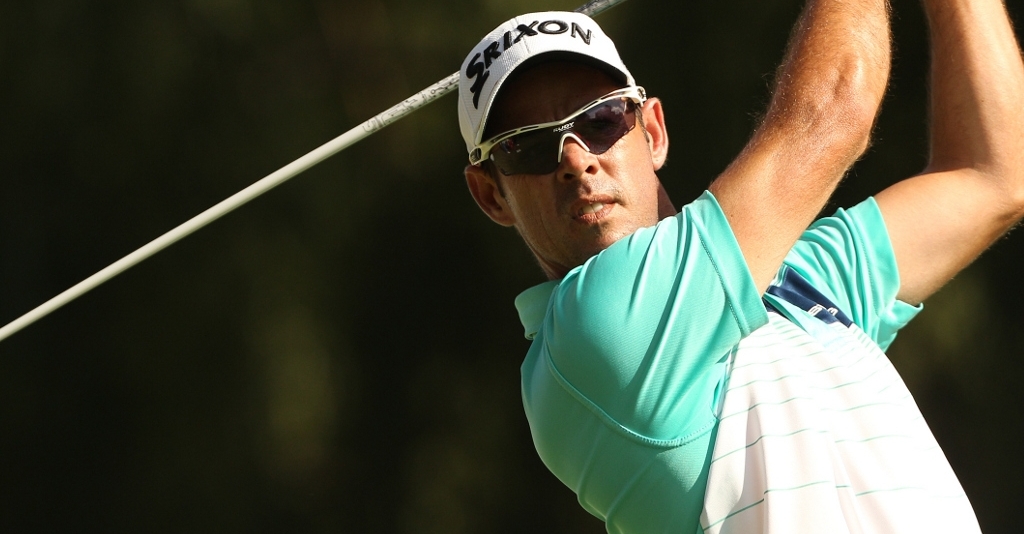 A year ago, the South African wasn’t sure he could walk 18 holes again after surgery to both his knees, but he played his first round without the assistance of knee braces at Glendower Club on Thursday, and has the first-round lead to show for it.

The opening round was scheduled to be completed on Friday after a storm halted play with 33 players still on the course.

Van Zyl's round featured an eagle, six birdies and a bogey, which gave him a one-stroke edge over Shaun Norris, with Keith Horne and Jbe’ Kruger sharing third on five under.

It was a satisfying start to a tournament Van Zyl badly wants to win.

“It really felt good out there today. I felt very comfortable and there was not too much rust,” he said. “It’s a very special week for South Africans, so we’re all going to try our best and stay in the mix.”

The scores were low on a course that made things tough for the player last year. But with a drought and a heatwave leaving the rough less punitive than it was then, there were birdies to be made for those who were careful.

“It’s one of those golf courses that you go round and you think that it’s there for the taking but as soon as you let your guard down a little, it bites,” said Van Zyl.

“So you’ve always got to pick your targets off the tees, pick safe targets into greens and try and hole a couple of putts.”

“There are a lot of holes here where you actually learn to be a little bit defensive and take your pars on them, and then you can take on others. If you can get that right then there are a lot of birdie opportunities, you’ve just got to keep the bogeys off your card.”

Kruger believes he knows the secret to scoring around Glendower.

“The first thing you have to do is hit the fairways. It’s not a very long course and there are a lot of opportunities for birdies. Today I fortunately made a few putts which gets my score to five-under.”

There’s a long way to go yet, but for Van Zyl, it’s a quest for a big title that has been started well.

“If I can get my first European Tour win here, it would just be so sweet,” he said.