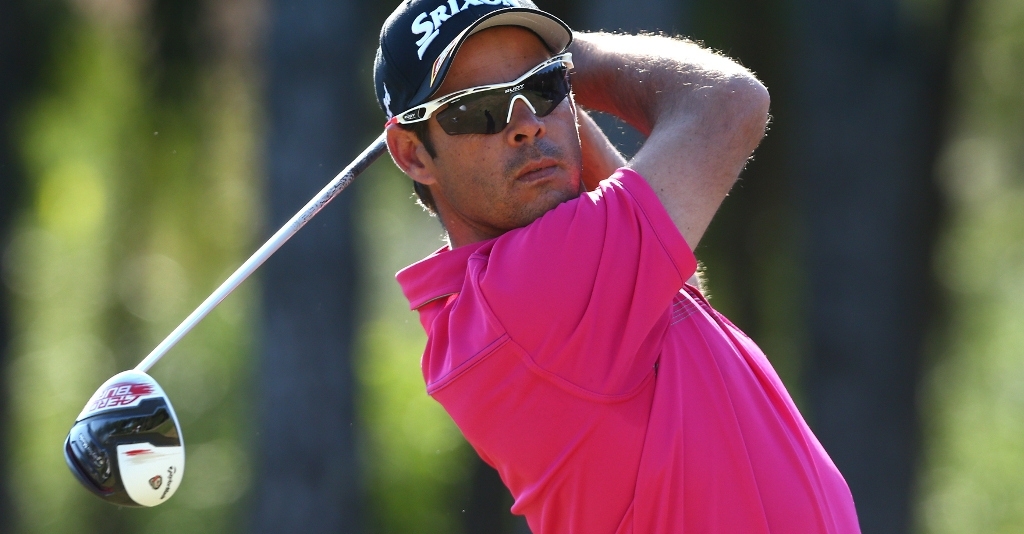 Overnight leader Jaco van Zyl held on to a two-shot lead at the Turkish Airlines Open on Friday after a three-under-par 69.

The South African, who started the round on 11 under par, managed to consolidate his lead heading into the weekend, even though it wasn't all smooth sailing.

After the first nine holes of his second round, there were strong indications that Van Zyl would continue where he left off on Thursday.

His birdies at the two par-fives on the back nine were accompanied by an extra two strokes gained at the 15th and at the 17th. When Van Zyl made the turn, his form continued to look ominous when he drained a birdie at the first.

However, as the round progressed, the wheels started to come off a touch. He carded a six at the par-five fourth hole and followed that up with a bogey at the eighth, ruining what could have been another perfect round.

"I got off to a nice start today," Van Zyl told Sky Sports 4. "I felt really comfortable out there and played nicely, but unfortunately had a couple of loose shots on the back nine.

"It [Thursday] was one of those rounds where I pretty much hit every target and the putter was nice and warm.

"It's always good fun [to be leading a tournament]. It's what we practice for, to be out there in these positions, so it's nice to be able to enjoy it."

Van Zyl has been in a similar position before this season, only to squander his advantage at the weekend. There are already strong indications that he will be under severe pressure this weekend.

Behind him are two Englishmen who covered considerable ground on day two – one of them carded a seven-under-par 65 for the round. Richard Bland also started his round on the back nine and now finds himself two strokes behind the leader at 12 under par for the tournament.

However, his script was somewhat different to that of Van Zyl, as he could not drain a single birdie putt between holes 10 and 18. Little did the local golf fraternity know that he would produce an absolute master class on the way in.

Four consecutive birdies at the start of the front nine helped him gather meaningful momentum. Bland then followed that up with birdies at the sixth, eighth and ninth holes.

Compatriot Chris Wood is also on 12 under par for the tournament, thanks in part to the 66 he shot for a second consecutive day. As was the case in his first round, Wood made one blemish for the day, a bogey at the par-three second.

Unlike Bland, Wood spread his birdies out a little more, producing a more complete performance for the round. Wood has been in contention on various occasions this season and has another good opportunity to prove what he is capable of at the weekend.

The other story of the day, among many, was that of 21-year-old Matthew Fitzpatrick, who continues with his meteoric rise on the European Tour. There are murmurs about his prospects of winning the Tour Championship in a few weeks and on Friday we were given a reminder of why he has emerged as a contender.

Fitzpatrick produced a flawless round of golf during his second round, carding a nine-under-par 63. It still leaves him six strokes behind the leader but underestimate him at your own peril this weekend.

The French duo of Alexander Levy and Victor Dubuisson carded a seven-under-par 65 for the second round. It just so happens that they are both on 10 under for the tournament, four strokes off the pace.

Northern Ireland's Rory McIlroy continued to show signs that he was returning to his best this week, after producing another flawless round. His two birdies on the front nine were accompanied by three consecutive birdies between holes 11 and 13.

His perfect round was almost ruined at the 18th though, as he encountered some trouble on the par-five. McIlroy hit driver into the bush, on the left hand side of the fairway. McIlroy then took a drop but managed to make par and ensure that he remains just four strokes behind the leader. That keeps him in contention ahead of the weekend.