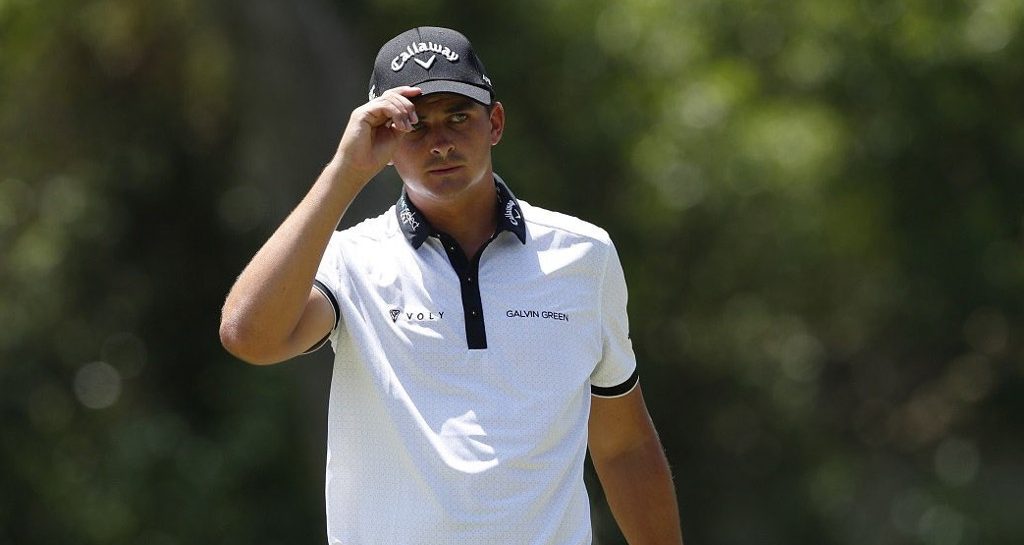 Many players have to overcome adversity before rising to the top, but few have a story quite as dramatic as Christiaan Bezuidenhout.

The 25-year-old South African broke through with his maiden European Tour victory at the Andalucia Masters on Sunday, and has quite a story to tell about his journey getting there.

What it means to win on The European Tour. pic.twitter.com/gObklETXPO

Bezuidenhout nearly died when he was only two years old after picking up a Coke bottle in the street and drinking from it, not knowing that it contained rat poison.

“It was a moment which would change my life forever,” he told the European Tour.

“The hospital had to pump my whole stomach to get rid of all the poison, but the poison affected the whole nervous system in my body, and one of the long term effects of this led to me having a stutter. That stutter would eventually lead me to develop a severe case of anxiety.”

Bezuidenhout says the stutter he developed led to him becoming very introverted and depressed.

“I was basically just living in my own world because I was always scared of having to engage in conversation,” he said. “When I talked to people, I knew I would struggle and it would take time for me to deliver my words, so I always had a fear of answering the phone, saying my name or being asked a question.”

“I was basically just living in my own world.”

While the stammer is still with him, Bezuidenhout says therapy has helped him be more confident despite the affliction.

“My psychologist helped me a lot to get over that fear and get a lot more self-confidence to put myself out there. Unfortunately, there is nothing you can do to get rid of a stammer – you just have to learn to adapt and work with the stammer to control it the best you can.”

Bezuidenhout’s story doesn’t end there, however.

In 2014, while playing in the British Amateur at Royal Portrush, he was nominated for a random drug test.

He had been using beta blockers to help manage his stutter, and wrote the medication down on the form prior to the test, but a couple of months later while back in South Africa he would get a huge shock.

“I was back home practising for the Eisenhower Trophy where I would be representing South Africa when one afternoon my Dad phoned me to tell me I needed to come home immediately. I drove straight from practice and he broke the news to me that I had been suspended. I just broke down,” Bezuidenhout said.

“It was awful. I had spent my whole amateur career working to get into that Eisenhower side to represent my nation, it was a huge goal of mine to be selected in the team. To be told two days before the event that I couldn’t go because of a two year drugs ban was simply too much for me to take in. It felt like my life was over.”

But Bezuidenhout’s life wasn’t over. The two-year drug ban was reduced to nine months after it was determined that he had not used the drug to enhance his performance.

“After what seemed like the darkest period of my life I had a hearing and they reduced my sentence from two years to nine months after confirming that I had not used the drug for any performance-enhancing benefits. They were the longest nine months of my life, however I eventually turned this into energy to help me come back stronger,” he said.

“The fact I was cleared of using any form of drug to better my performance was the most important thing. My father, who introduced me to the sport, brought me up to play golf like a gentleman, with honesty and integrity so to have that questioned was very hard to cope with. I felt I had let my family down which above all else was the hardest issue to cope with.”

Bezuidenhout enjoyed immediate success upon his return to golf, winning a minor event in South Africa by seven shots. And in his first big tournament as a professional, the South African Open, he finished second.

“I had just got my Sunshine Tour card, so to do so well so early on was great,” Bezuidenhout said. “It gave me experience playing against the best golfers in Europe and made me even more determined to achieve my goals.”

Bezuidenhout would go on to earn his European Tour card for the 2017 season and retained it for the following year as well, and he can now call himself a European Tour winner after holding off World No 11 Jon Rahm to claim the Andalucia Masters. And part of his reward? A spot in the field for the Open Championship back at Portrush later this month.

It’s been quite a ride for Bezuidenhout but in many ways his story is just beginning.