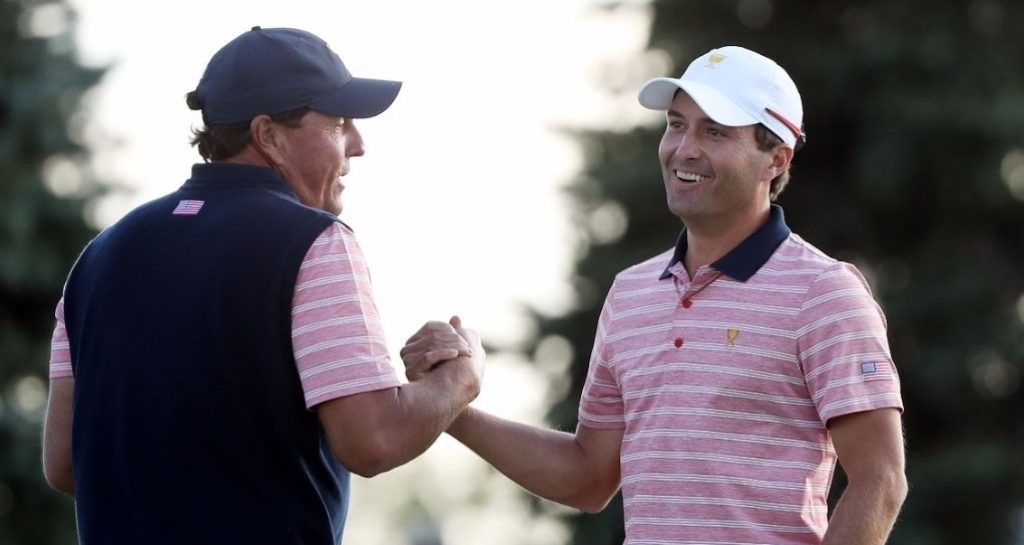 The USA have one hand on a seventh successive Presidents Cup triumph after forging a record-breaking lead at the competition’s halfway mark.

The International team face a daunting challenge of overcoming an 8-2 deficit – the largest ever advantage at this stage of the contest.

After starting the day with a 3.5-1.5 lead, the US won four out of the five fourballs sessions on Friday.  Adam Hadwin and Hideki Matsuyama were the only pair who managed to halt their dominance after halving with Patrick Reed and Jordan Spieth.

Hoffman and Chappell were three up after the first four holes, before birdies at eight and nine saw them take a five hole lead into the back nine.

"Kevin and I were biting at the bit to get out there and play," said Hoffman.

Rickie Fowler and Justin Thomas then increased America’s lead after a 3&2 win over the South African duo of Louis Oosthuizen and Branden Grace.

Hadwin and Matsuyama looked to be on course for victory after taking a two shot lead into the final four holes.

But Reed then birdied the 15th, before Spieth birdied the following hole to bring the match all level.

Further wins arrived for the hosts after Dustin Johnson and Brooks Koepka beat Jhonattan Vegas and Adam Scott 3&2, while Kevin Kisner and Phil Mickelson edged Marc Leishman and Jason Day with a one up triumph.