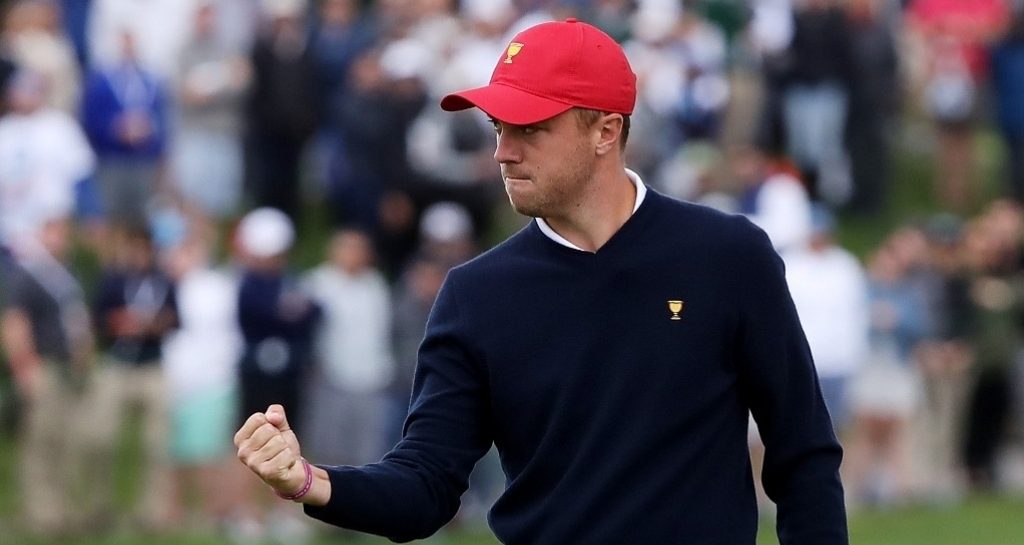 The mismatch that is the 2017 Presidents Cup continued at Liberty National on Saturday, as the USA stretched their lead to nine points.

It was more one-way traffic in the Saturday morning foursomes, with the USA winning three of the four matches and halving one.

That saw them take their points total to a whopping 11.5, with the Internationals trailing way behind with 2.5.

Patrick Reed and Jordan Spieth started the party with a 4&3 win over Aussie duo Marc Leishman and Jason Day.

Matt Kuchar and Dustin Johnson then defeated Adam Hadwin and Adam Scott by the same margin.

The match between Kevin Kisner and Phil Mickelson, and Emiliano Grillo and Jhonattan Vegas, was closer, but the Americans were still able to clinch a 2&1 victory by producing yet another strong finish, winning three of the last four holes.

Only Branden Grace and Louis Oosthuizen were able to salvage anything for the Internationals, as they earned half a point against Rickie Fowler and Justin Thomas.

With only the afternoon fourballs and Sunday’s single matches to come, it would take some sort of minor miracle to see the Internationals come back from this.