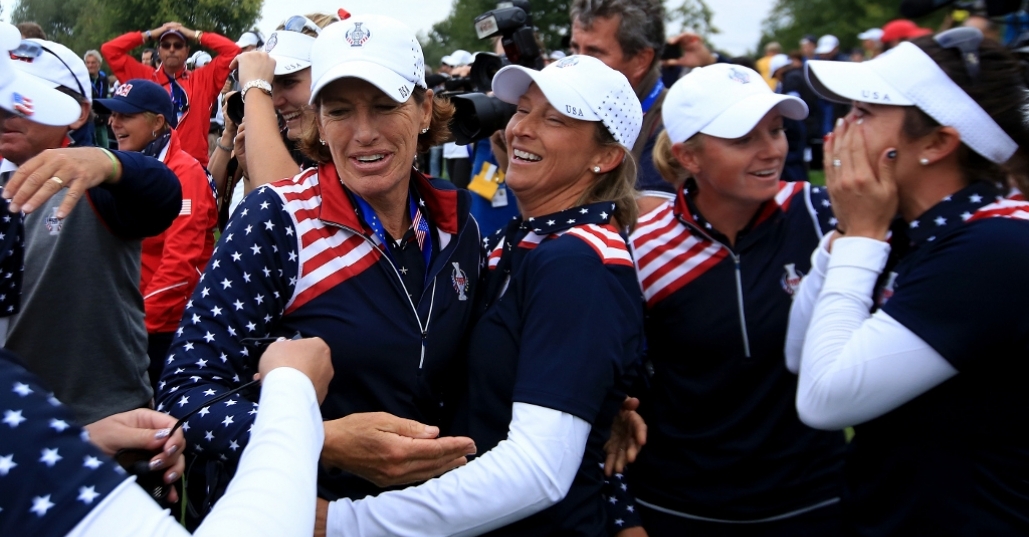 Team USA defeated Team Europe to win the Solheim Cup in a thrilling finish in Germany on Sunday.

The American ladies came back from 10-6 down on Saturday to edge Europe 14½ to 13½ at St. Leon-Rot to claim the silverware.

Early in the day, Germany's Caroline Masson had a 12 foot putt that would have halved her match with Gerina Piller and given Europe their 14th point and overall victory, but she missed and Piller would go on to grab a crucial point by sinking her ten footer.

Cristie Kerr defeated England's Charley Hull 3&2 while Angela Stanford would edge Suzann Pettersen 2&1 to tie up the scores at 13½ each.

That left it all up to US Open winner Paula Creamer to hold off Sandra Gal. The American, who had built up a three hole lead on the front nine, held on to win 4&3, cueing massive celebrations from the American camp.

"I didn't have to say anything to them after this morning, they were all fired up and ready to go out and play," Team USA captain Juli Inkster told Sky Sports.

"Last night I put my line-up together and it fell in perfectly the way I wanted it and the girls just played awesome today. They never gave up. Everybody did their job and I couldn't be prouder of those girls."