USA dominant on day one 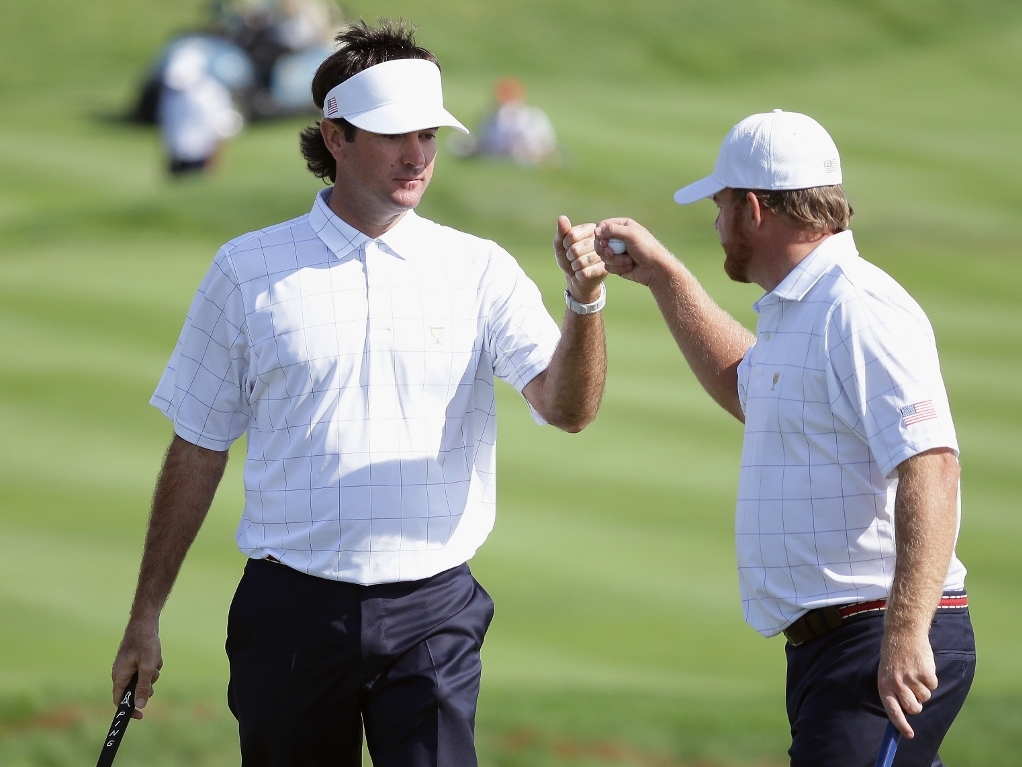 The USA surged into a comprehensive lead on day one of the President’s Cup on Thursday after winning five of the six foursomes played in Incheon, South Korea.

Jay Haas’ team went into the event as the overwhelming favorites after winning eight of the last ten tournaments.

They lived up to that billing from the first hole and throughout the session to win 5-1; prompting unrestrained praise from the team captain.

"This is wonderful. The guys played really, really well. We're ecstatic to get off to this start. We hope to keep the pedal down," Haas told the President’s Cup website.

Jordan Spieth and Dustin Johnson started the victory procession when they won 4&3 against the International Team pair of Danny Lee and Marc Leishman.

Phil Mickelson and Zach Johnson would follow suit by winning 2-up against Jason Day and Steven Bowditch while Rickie Fowler and Jimmy Walker would win 5&4 against Anirban Lahiri and Thongchai Jaidee.

The Internationals eventually broke the run of losses when the all-South Africa pairing of Louis Oosthuizen and Branden Grace won 3&2 against Matt Kuchar and Patrick Reed.

However, the late fight-back would be thwarted when Bubba Watson and JB Holmes won 3&2 against Adam Scott and Hideki Matsuyama to hand the USA their fifth consecutive first session victory in the tournament.

Nice Price, the International Team captain, was disappointed with the day’s results, but insisted his team was still in the competition.