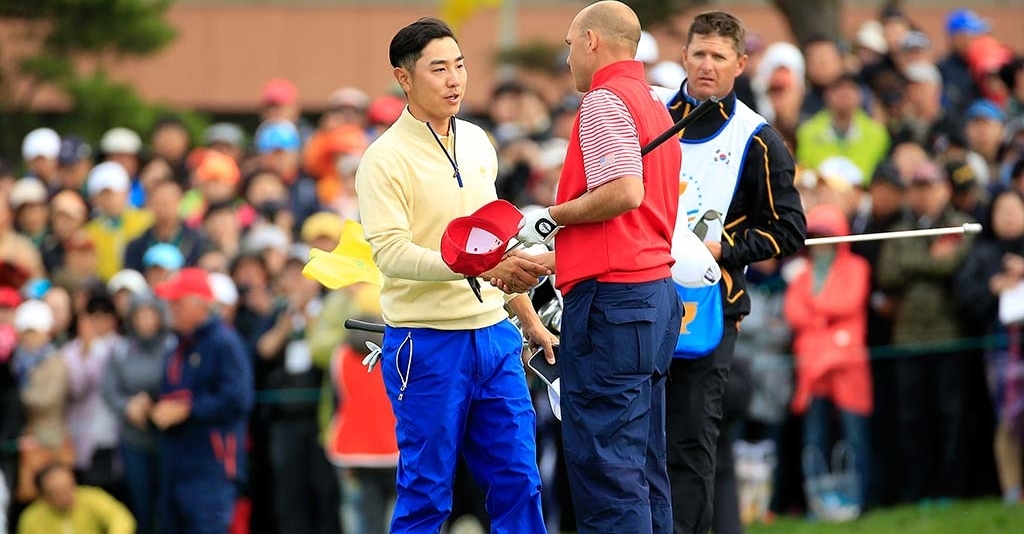 The US Team won the Presidents Cup golf event 15.5-14.5 after having to hold off a strong challenge from the International Team on Sunday in Incheon, South Korea.

The competition came down to the last match of the day with South Korea's Sangmoon Bae against Bill Haas – and the final hole, which Haas won thanks to a botched chip shot by his opponent on a cold, rainy day in Incheon

The US have now won nine of 11 Presidents Cup clashes.

The Leishman 1-up victory against world No.1 Jordan Spieth looked like it could kick-start a charge by the Internationals and they came mighty close to winning.

But Bae was unable to hold off Haas in the final match, with the American claiming a 2-up triumph.