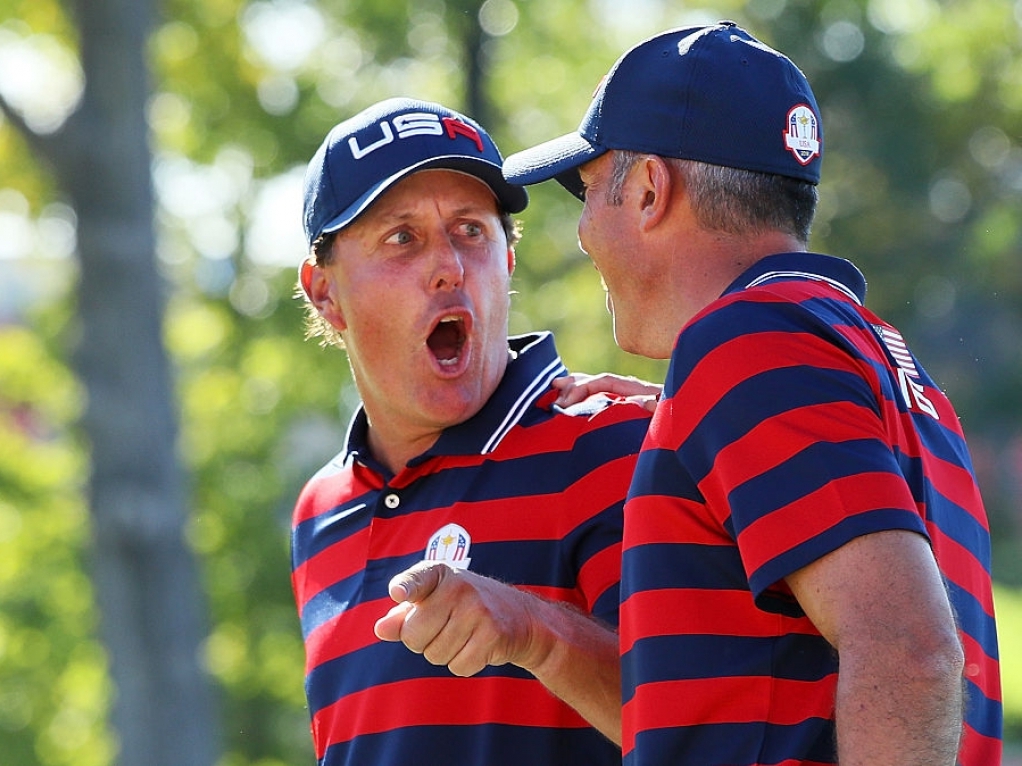 The US will take a three-point advantage into the final day singles of the Ryder Cup after a strong showing in the afternoon fourballs.

US pairings won three out of four matches and will take a 9 ½ to 6 ½ lead into the 12 singles matches on Sunday.

The undefeated partnership of Rory McIlroy and Thomas Pieters were the only success for Europe, beating Brooks Koepka and Dustin Johnson 3&1, but defeats in the other three pairings, including an agonising miss for Lee Westwood for a half on the final hole leaves the Europeans with a mountain to climb if they are to retain the trophy for a fourth consecutive time.

It had all looked so different earlier on when McIlroy and partner sealed the first point of the day with a short Pieters putt on the 17th to tie the scores at 6 ½ each.

However, it was all downhill for Europe from then, as long-range putts dropped for Phil Mickelson and Matt Kuchar to give them a 2&1 win over Sergio Garcia and Martin Kaymer on the 17th hole.

Jordan Speith and an inspired Patrick Reed then provided the next point for the US, pulling away from Justin Rose and Henrik Stenson with birdies on the 14th and 15th to win 2&1.

With the US lead now at two points, Europe needed something from the final pairing on Danny Willett and Lee Westwood, but after handing the US pair of JB Holmes and Ryan Moore the lead on the 17th with two bogeys, Westwood contrived to miss a three-footer on the last hole that would have given Europe a half.