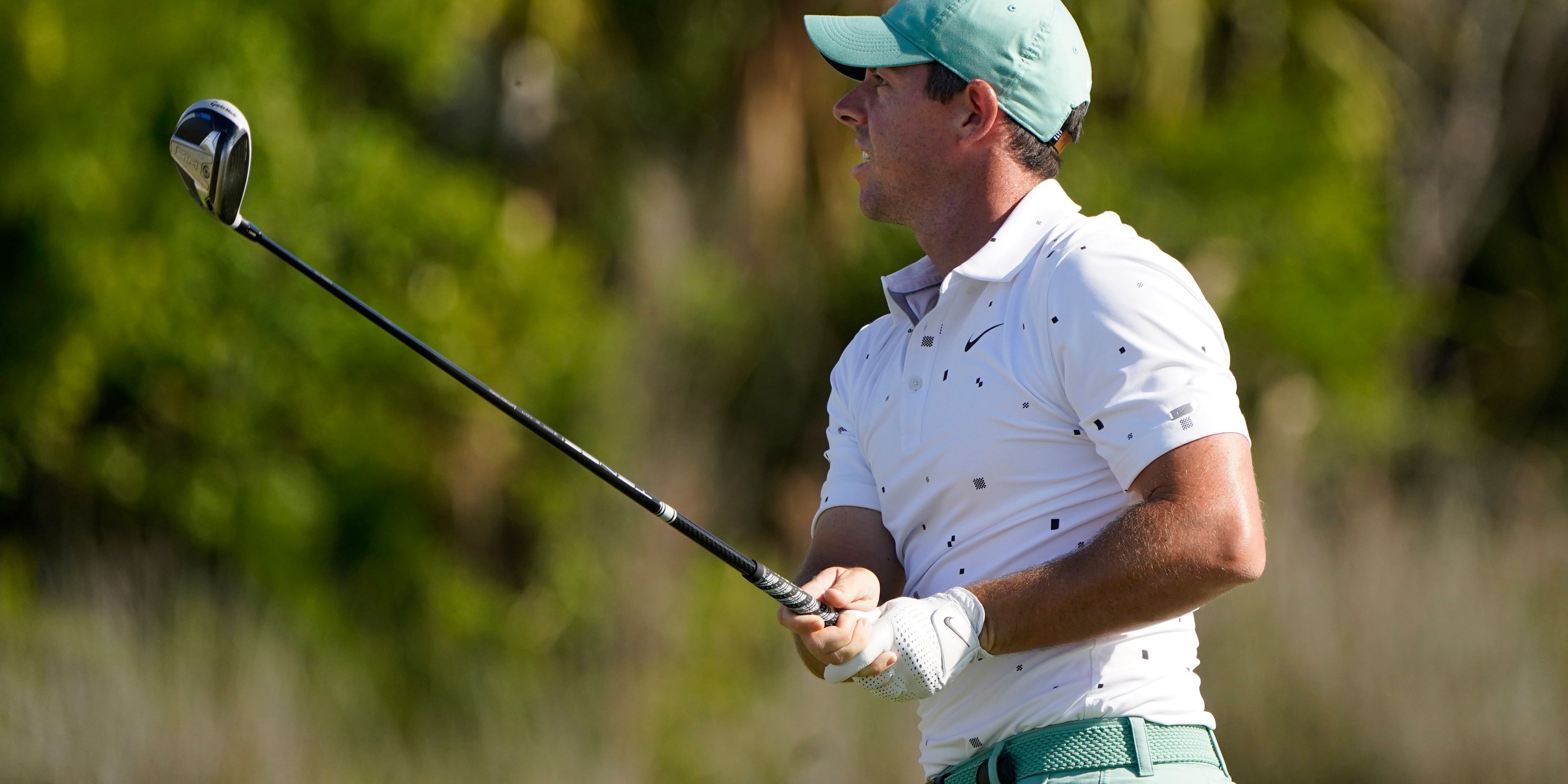 Rory McIlroy faced a battle to make the halfway cut in the US PGA Championship on Friday after finding himself in familiar and unwelcome territory at Kiawah Island.

McIlroy, who won by eight shots the last time the tournament was staged on the Ocean Course in 2012, struggled to an opening three-over-par 75 to lie eight shots off the lead held by Canada’s Corey Conners.

The 32-year-old is now a combined 35 over par in the first round of majors since 2015 and declined to speak to reporters following a hugely disappointing opening round, which came on the back of a victory in his most recent PGA Tour event.

Brooks Koepka’s golf was impressive, but his patchwork cap did not meet with universal approval.

“I think I forgot how to swing a golf club. Yeah, I was pretty miserable. The dummy was out on the driving range. I wasn’t a happy boy walking to the 10th tee” – England’s Tyrrell Hatton “spat his dummy” out on the range, but still recorded a 71 .

Patrick Cantlay got off to a flying start with an eagle on the second hole.

Corey Conners carded six birdies and a solitary bogey in an impressive 67.

Brooks Koepka recovered from a double bogey on his opening hole to card an impressive 69.

The par-five seventh played downhill and to an average of 4.41, yielding seven eagles and 88 birdies.

The par-four 18th played to a higher average (4.49) than the seventh, with just seven players making birdie, 61 making bogey and nine having a double bogey or worse.

Sunny to mostly sunny skies and dry conditions are forecast on Friday under a building ridge of high pressure. Breezy northeasterly winds of 10-16 mph and gusts of 18-20 mph are expected in the morning before turning easterly and increasing in speed for the afternoon – becoming sustained at 15-20 mph with gusts in the 20-25 mph range.