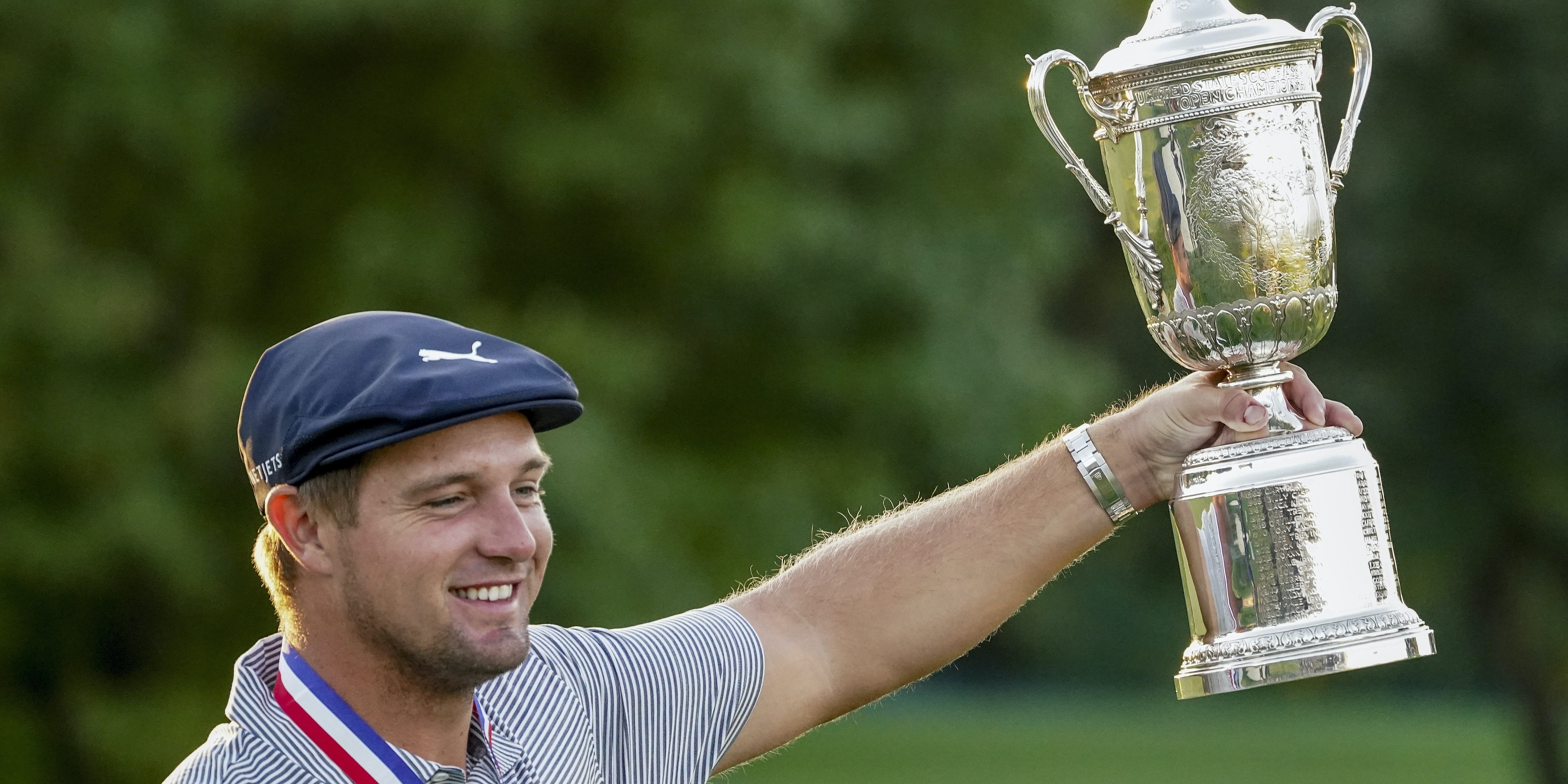 Bryson DeChambeau’s commanding US Open triumph has been hailed as golf’s Fosbury Flop moment, a game-changing achievement which will forever alter how the sport is played.

DeChambeau fired a closing 67 to finish six under par at Winged Foot, a record
winning score by two shots at a revered venue where only two players – Fuzzy Zoeller and Greg Norman in 1984 – had finished in red figures in five previous US Opens.

The 27-year-old was the only player to break par on a demanding final day, the
only one not to shoot over par in any round and finished six shots clear of
compatriot and 54-hole leader Matthew Wolff.

DeChambeau hit just 23 out of 56 fairways in regulation during the week,
the fewest by four of any US Open champion since 1981, a statistic which had four-time major winner Rory McIlroy shaking his head in disbelief.

“No chance,” McIlroy said when asked after his own closing 75 if he thought those figures would be enough to succeed at a US Open venue.

“I don’t really know what to say because that’s just the complete opposite of
what you think a US Open champion does.”

Although clearly not trying to miss fairways on purpose, DeChambeau had come to the conclusion that the lack of control from being in the rough could be negated by being closer to the green, prompting his “bomb and gouge” approach.

While the process started a year ago, DeChambeau came out of the Covid-19 lockdown having gained considerable muscle mass and blasted his way to three straight top 10 finishes followed by victory in the Rocket Mortgage Classic.

“Okay, wait until he gets to a proper golf course, he’ll have to rein it back
in,” was McIlroy’s view and he was far from alone, but DeChambeau finished fourth in the US PGA Championship at Harding Park and proved it was no fluke at Winged Foot.

DeChambeau believes the R&A and USGA will be forced to belatedly take steps to try and rein in golf equipment, but feels they will not be able to curb his biggest weapon.

“It’s tough to rein in athleticism,” DeChambeau said after a win which lifted him to fifth in the world rankings. “We’re always going to be trying to get fitter, stronger, more athletic. Tiger (Woods) inspired this whole generation to do this, and we’re going to keep going after it. I don’t think it’s going to stop.”

Asked what he though the USGA’s reaction would be, DeChambeau added: “He’s hitting it forever and that’s why he won. I mean, it was a tremendous advantage this week. I kept telling everybody it’s an advantage to hit it farther.

“Will they rein it back? I’m sure something might happen. But I don’t know what it will be. I just know that length is always going to be an advantage.

“I was hitting it on just a normal average for a Tour player a year ago, and then I got a lot stronger, worked out every day and, all of a sudden – not because of clubs, but because of me – I was able to gain 20-25 yards.

“And I’m not going to stop. Next week I’m going to be trying a 48-inch driver. We’re going to be messing with some head designs and do some amazing things with Cobra to make it feasible to hit these drives maybe 360, 370, maybe even farther.

“I think I’m definitely changing the way people think about the game and I hope my way inspires some people.

“My goal playing golf is to try and figure it out. I’m just trying to figure out this very complex, multi-variable game, and multidimensional game as well. It’s very, very difficult. It’s a fun journey for me.

“I hope that inspires people to say, hey, look, maybe there is a different way to do it. Not everybody has to do it my way. I’m not saying that. I’m just saying in general that there are different ways to do things.”