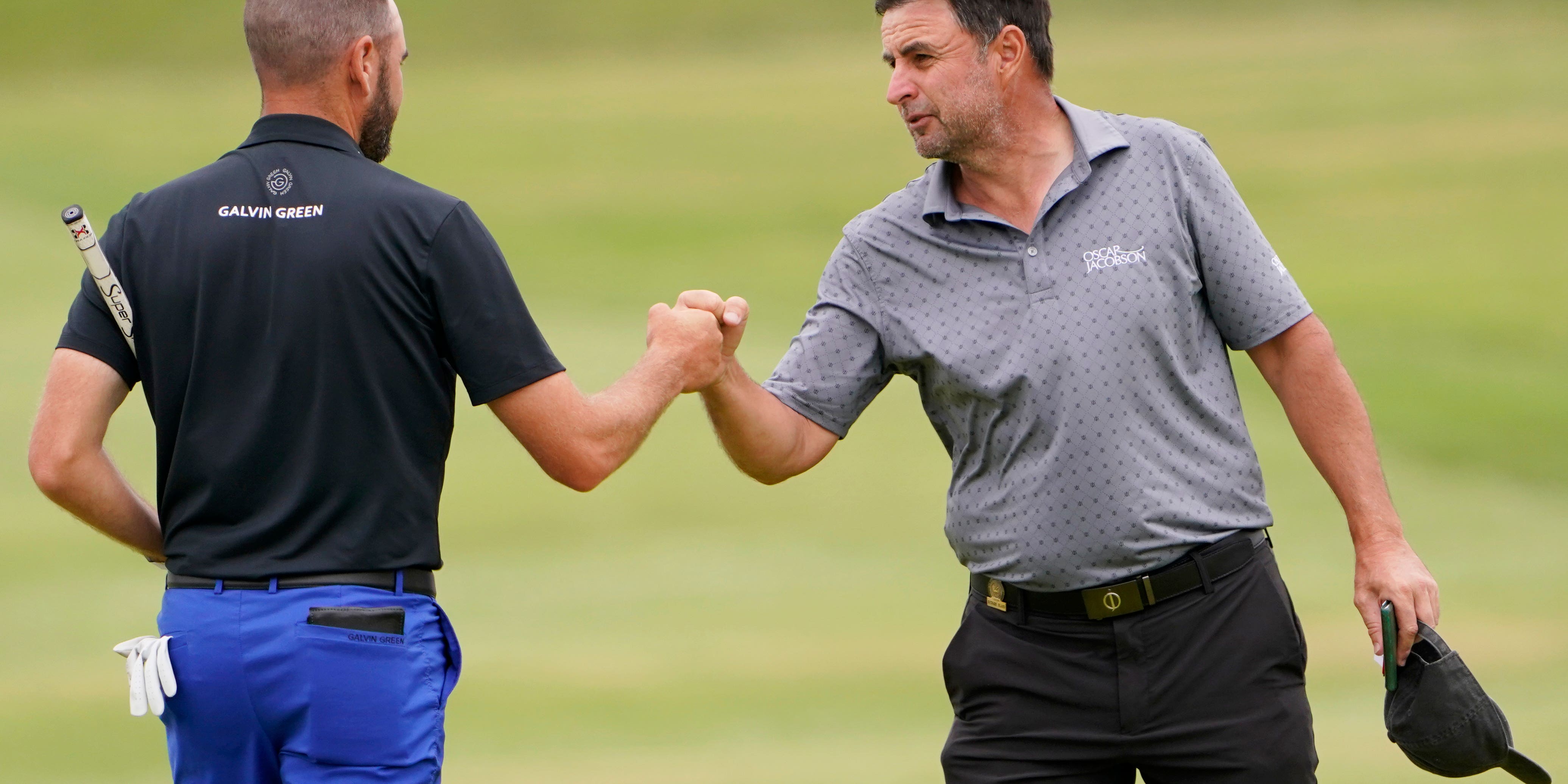 Richard Bland continued his rich and surprising vein of form to become the oldest player in tournament history to share the lead at the halfway stage of the US Open.

Bland, who won his first European Tour title at the 478th attempt last month, added a second round of 67 to his opening 70 at Torrey Pines for a five-under-par total of 137.

That looked set to be eclipsed when Russell Henley birdied his penultimate hole of the day to move to six under, but the American then three-putted the last from 18 feet.

Masters champion Hideki Matsuyama suffered a “wardrobe malfunction” during the second round.

Richard Bland gave a great answer when asked about his Birdies for Rhinos headcover.

South Africa’s Branden Grace made a brilliant eagle on the par-four second.

Playing in just the fourth major of his career, Richard Bland carded a superb 67 to share the halfway lead.

One for fans of Richard Bland and coincidences – the 48-year-old came into the week with the same ranking as Phil Mickelson had before winning the US PGA.

The par-five 18th played the easiest for the second day in succession, yielding four eagles and 58 birdies to play to an average of 4.591.

The par-three 11th was again the toughest hole, just four players making birdie, 58 making bogey, eight making a double bogey and two carding a triple bogey. That led to an average of 3.490.