US Open day three: Rory McIlroy in position to pounce at Torrey Pines 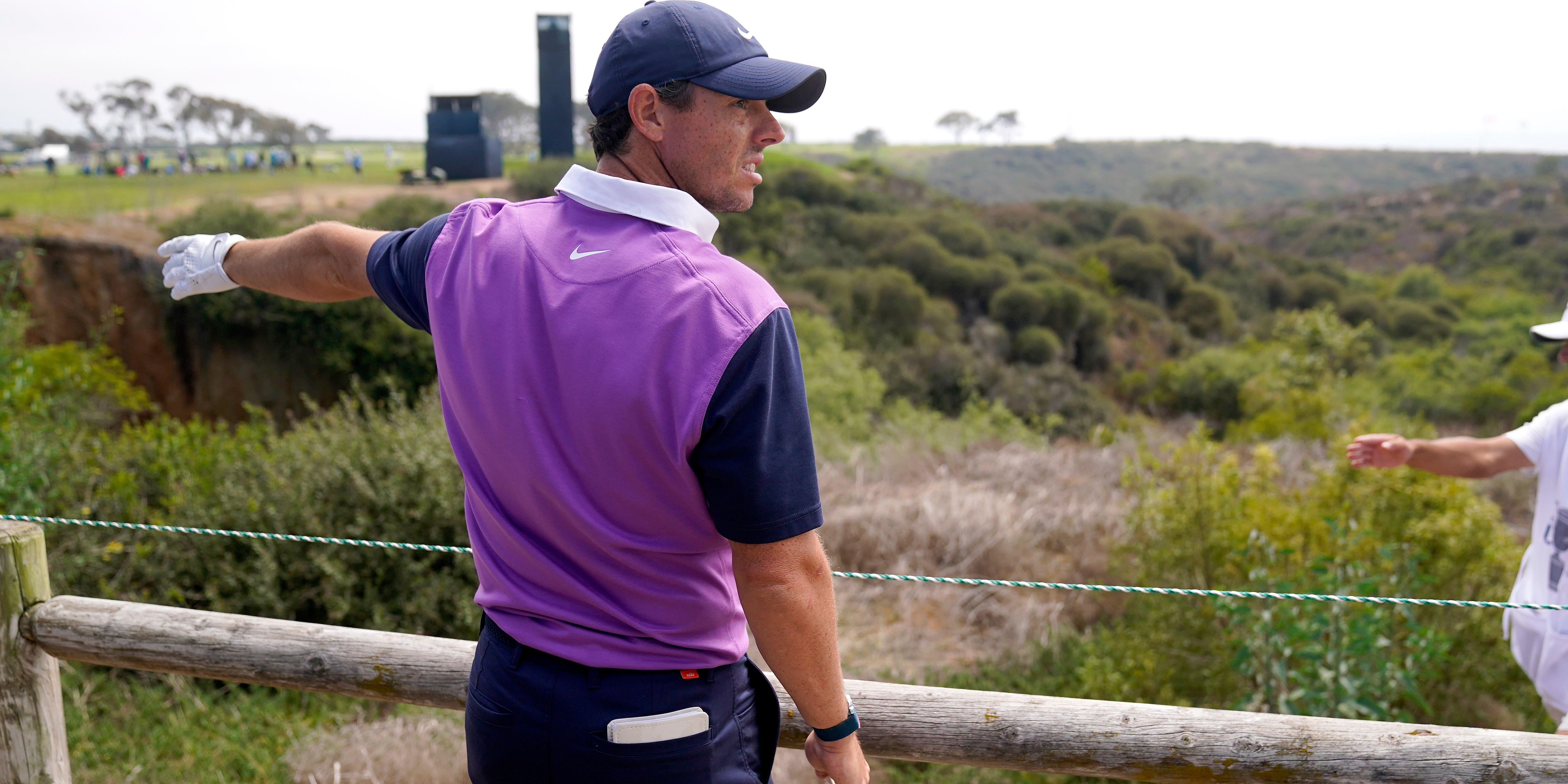 Rory McIlroy had his sights set on ending his major drought heading into the final round of the 121st US Open at Torrey Pines on Sunday.

A decade after winning his first major at Congressional, McIlroy carded a third round of 67 – equalling the lowest of the week to date – to trail Louis Oosthuizen, Russell Henley and Mackenzie Hughes by two shots.

Defending champion Bryson DeChambeau was alongside McIlroy on three under par, with pre-tournament favourite Jon Rahm, Scottie Scheffler and 2020 runner-up Matthew Wolff a shot further back.

World number one Dustin Johnson was among those four shots off the pace, with Paul Casey, Ian Poulter, Francesco Molinari, Brooks Koepka and Justin Thomas all on level par.

Justin Thomas saw the funny side after losing his balance following a tricky shot to the par-three eighth hole.

“I brought my lucky cinderblock collection” – USGA player relations director Jason Gore, who played as a marker in the third round, joked about making life tough for his caddie, USGA executive director Mike Davis.

Louis Oosthuizen had been moving along quietly until holing from 50 feet for an eagle on the 18th.

Rory McIlroy moved into contention for a second US Open title, 10 years after his first, with a superb 67.

For the third day running the par-five 18th was the easiest hole, with one eagle and 34 birdies leading to an average of 4.592.

The par-four 12th took over the mantle of toughest hole from the 11th, with four birdies and 25 bogeys contributing to an average of 4.352.