US Open day one: Rory McIlroy off to fast start as Justin Thomas takes the lead 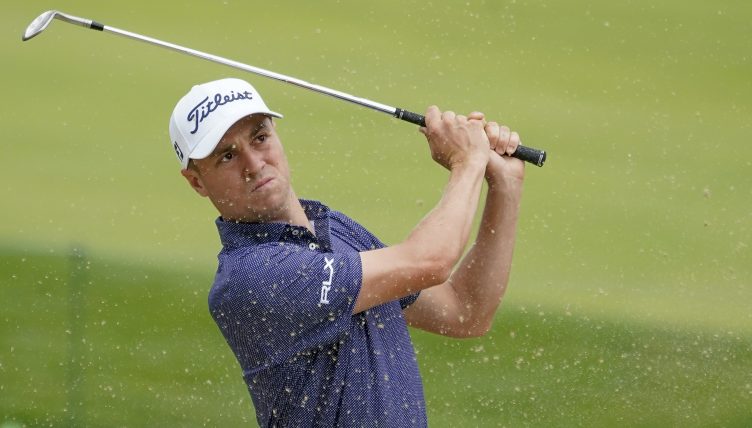 Two days after stressing the need for a fast start in his pursuit of a fifth major title, Rory McIlroy’s prayers were answered on day one of the 120th US
Open at a surprisingly benign Winged Foot.

Australia’s Geoff Ogilvy shot five over par to win the last US Open at the
venue in 2006, while American Hale Irwin was seven over in surviving the
so-called “Massacre at Winged Foot” in 1974.

However, on a day when 21 players broke par, McIlroy’s 67 left him two shots off the lead held by Justin Thomas, with McIlroy’s former Ryder Cup partner – and fellow new father – Thomas Pieters alongside Matthew Wolff and Patrick Reed on four under par.

Lee Westwood and Louis Oosthuizen were alongside McIlroy on three under, but world number one and FedEx Cup winner Dustin Johnson struggled to a 73.

Matt Fitzpatrick struggled to an opening 74, but still had the last word after receiving some abuse on social media following an earlier post by his caddie Billy Foster.

Phil Mickelson’s approach to the ninth was so far off target it ended up on the first tee – and he was not impressed on his way to a dismal 79.

Patrick Reed was two over par after five holes, but birdied the sixth and then made a spectacular hole-in-one on the seventh.

Justin Thomas carded six birdies and one bogey in his opening 65, the lowest score in any US Open at Winged Foot.

Unsurprisingly, the par-five ninth was the easiest hole on the course and played to an average of 4.639 with 56 birdies and two eagles.

The 498-yard par-four 16th was the toughest, playing to an average of 4.340 and yielding just seven birdies.

The chances of some firmer greens and tougher pin positions after 21 players broke par on the opening day; only Colin Montgomerie did so in 2006.

Phil Mickelson’s increasingly slim chances of winning the US Open to complete a career grand slam. The 50-year-old slumped to an opening 79.