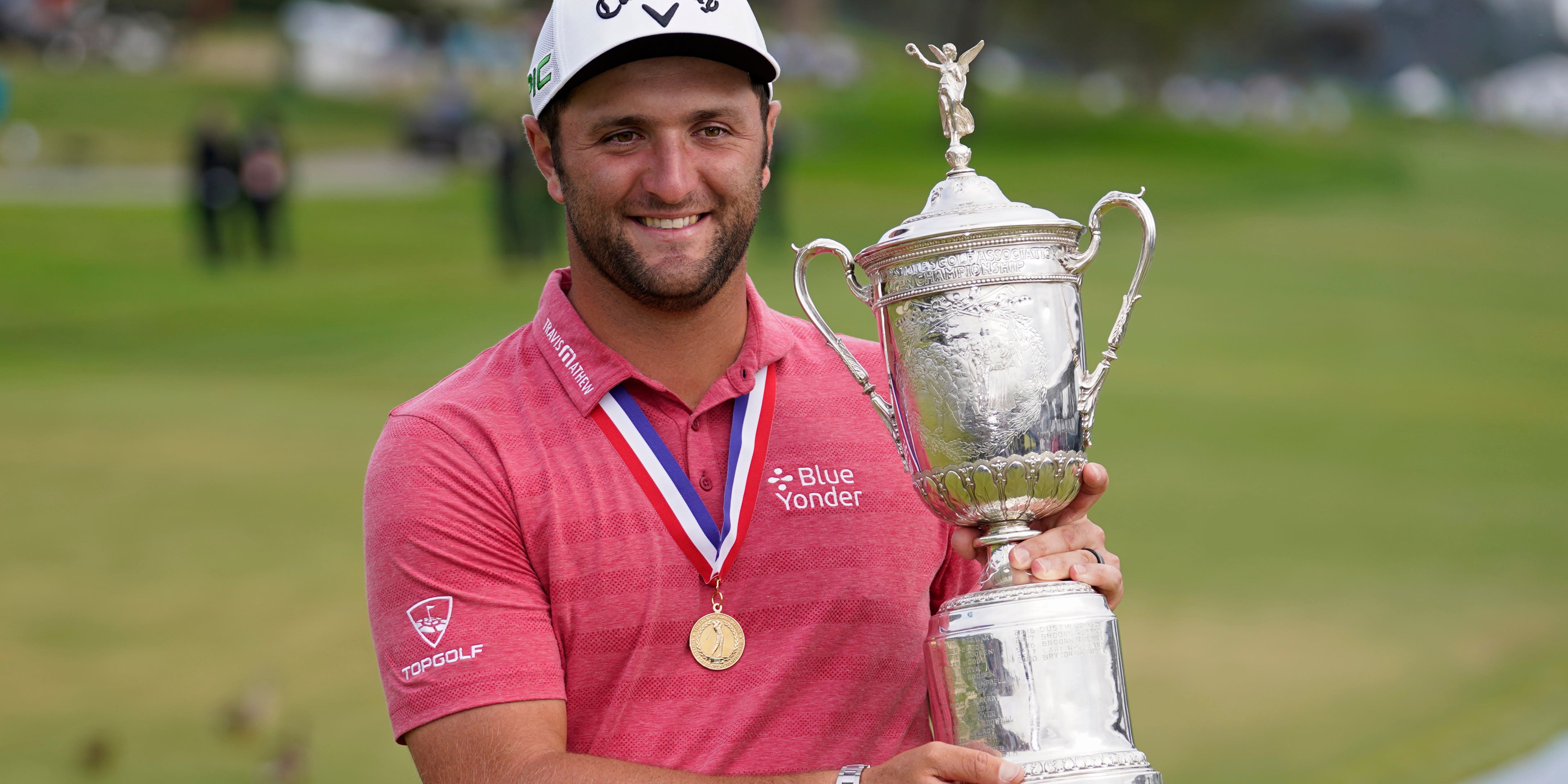 Jon Rahm hailed the “power of positive thinking” after winning his first major title with a stunning finish in the 121st US Open.

Rahm became the first Spanish player to lift the title and also returned to the top of the world rankings after making birdies on the final two holes at Torrey Pines to finish a shot ahead of South Africa’s Louis Oosthuizen.

The 26-year-old had tested positive for Covid-19 just 15 days earlier and was given the news moments after completing a third round of 64 to establish a six-shot lead in defence of his title at the Memorial Tournament.

“This is the power of positive thinking,” said Rahm, who was able to cut short a 10-day period of self-isolation last Saturday after twice testing negative.

“I was never resentful for one second for what happened. And I don’t blame anybody. It’s been a difficult year and unfortunately Covid is a reality in this world and it’s affected a lot of people.”

One over-enthusiastic spectator decided he would hit a few shots of his own from the 13th fairway before being tackled by security.

Rahm accepted his enforced withdrawal from the Memorial Tournament after testing positive for Covid-19 with a welcome sense of perspective and reaped the rewards at Torrey Pines.

Defending champion Bryson DeChambeau took the lead in brilliant fashion before coming undone on the back nine.

Rahm equalled the lowest round of the week with a closing 67 which included five birdies, two of them coming at the 17th and 18th.

The par-five ninth was the easiest hole for the first time, one eagle and 27 birdies resulting in a scoring average of 4.648.

Rory McIlroy was one of four players to make a double bogey on the 12th hole, which yielded just three birdies and played to an average of 4.549.