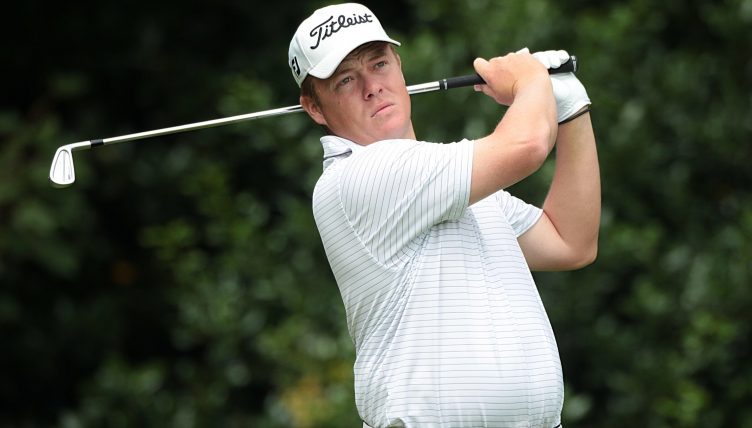 South Africa’s George Coetzee revealed how an unusual combination of snooker, darts and football during lockdown laid the foundation for his fifth European Tour title and a second victory in the space of a week in the Portugal Masters.

Coetzee carded a closing 66 at Dom Pedro Victoria Golf Course in Vilamoura to finish 16 under par, two shots ahead of England’s Laurie Canter, who also returned a 66.

Pre-tournament favourite Tommy Fleetwood completed his preparations for the US Open in style with a superb 64 to finish a shot further back alongside Sweden’s Joakim Lagergren.

Coetzee took a one-shot lead into the final round but fell two behind Masahiro Kawamura after the Japanese player carded three early birdies.

However, Coetzee ended a run of six straight pars with birdies on the seventh and eighth and picked up another shot on the 11th before enjoying a major slice of luck on the next, where his drive only cleared the water by a few feet and stuck in the bank of the hazard.

Canter ended a run of 10 straight pars with birdies on the 16th and 17th to briefly catch Coetzee, but moments later the 34-year-old almost holed his tee shot to the 16th and converted the birdie putt from close range.

Another birdie on the 17th gave Coetzee the cushion of a two-shot lead and a straightforward par on the last secured a second win in seven days following his success in the Titleist Championship on the Sunshine Tour at his home club in Pretoria.

“I’m ecstatic,” Coetzee said. “It’s the work me and my psychologist have been doing and it’s nice to see it pay off.

“You’d be surprised at the stuff I was working on during lockdown. I was doing keepy uppys with a football to test my mental skills. At the start I could do maybe five, at the end of lockdown I could do 86 if I entered with a good frame of mind.

“I was practising darts, I was practising all sorts of funny things away from golf to work on my mental game. But the main sport I focused on was snooker. It’s probably the closest sport you get to golf because it’s a stationary ball that you have to approach in a certain way.

“I don’t have any technical background in snooker, everything was based on my frame of mind. At the start of lockdown I could do maybe a 20 break, at the end I almost made a 50 break.

“Unfortunately I lost my club championship semi-final last Monday – maybe that’s what inspired me to win back-to-back weeks to feel better about myself!”

Canter’s second place is the 30-year-old from Bath’s best finish on the European Tour and it was secured in some style by holing from 35 feet for par on the last after finding sand with his approach.

“The bunker shot was horrendous but to hole that putt is awesome,” Canter said. “At that point I still felt like maybe I had a chance but George is class and closed it out really well. But overall I’m really chuffed.”

Fleetwood was equally pleased with his final round and preparations for a much tougher test at Winged Foot in the second major of the season.

“I’m very, very happy with how I played and it’s nice to put yourself in contention and have to hit shots like I did on 17 and 18 down the stretch,” Fleetwood said.

“I was nowhere near for a few weeks in America and it’s so hard to take a step back when you’re playing tournaments because you always have a round of golf to play.

“I did some really good practice and I wanted to play this week because I was working on things I knew were right, but you have to hit shots (in competition) because that’s the only time you’re going to find out how it’s doing.”