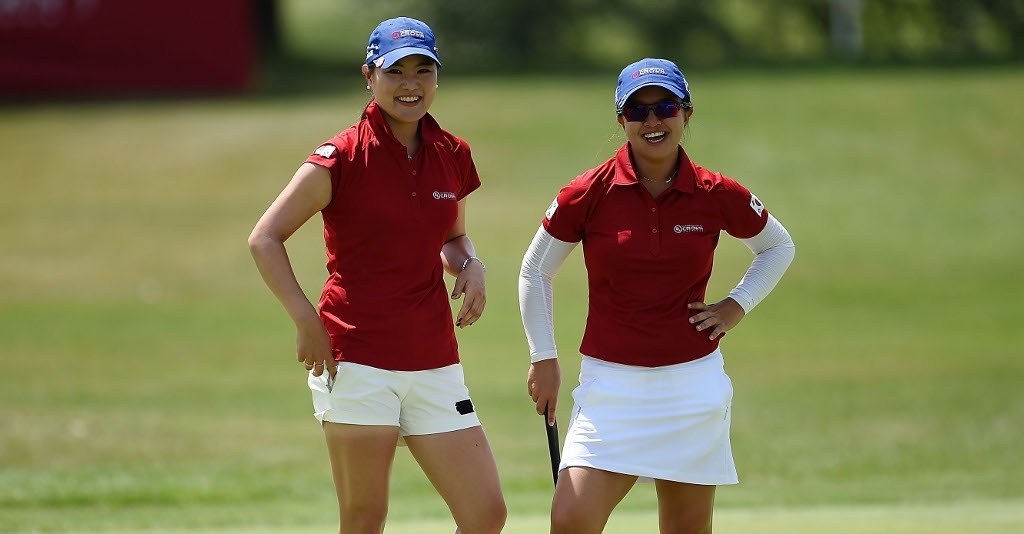 The duo defeated Thailand's Ariya Jutanugarn and Porani Chutichai 4 and 3 in the second fourballs session to secure the first two points for the American team in Pool B after they lost both their matches on Thursday.

Gerina Piller and Stacy Lewis came very close to earning another victory for the US, but both women missed their birdie putts on the 18th, allowing Moriya Jutanugarn and Pornanong Phatlum to snatch a half.

Despite the three points earned, the US team still find themselves bottom of Pool B at present. England lead the way despite earning just one point on the day. They are one point clear of Japan and Thailand.

English pair Jodi Ewart Shadoff and Holly Clyburn halved their match with Japan's Ai Suzuki and Ayaka Watanabe, while Melissa Reid produced a gutsy performance after she was left without a partner when Charley Hull withdrew with a fever.

Playing on her own, Reid took her match against Haru Nomara and Mika Miyazato all the way to the 18th, before the Japanese duo finally emerged 1-up winners.

Pool A sees Taipei surprisingly lead the way, with South Korea in second, Australia in third and China fourth.

South Korea and Taipei each earned two points apiece in their two fourballs matches played against each other, while Australia won one match and halved the other against China.