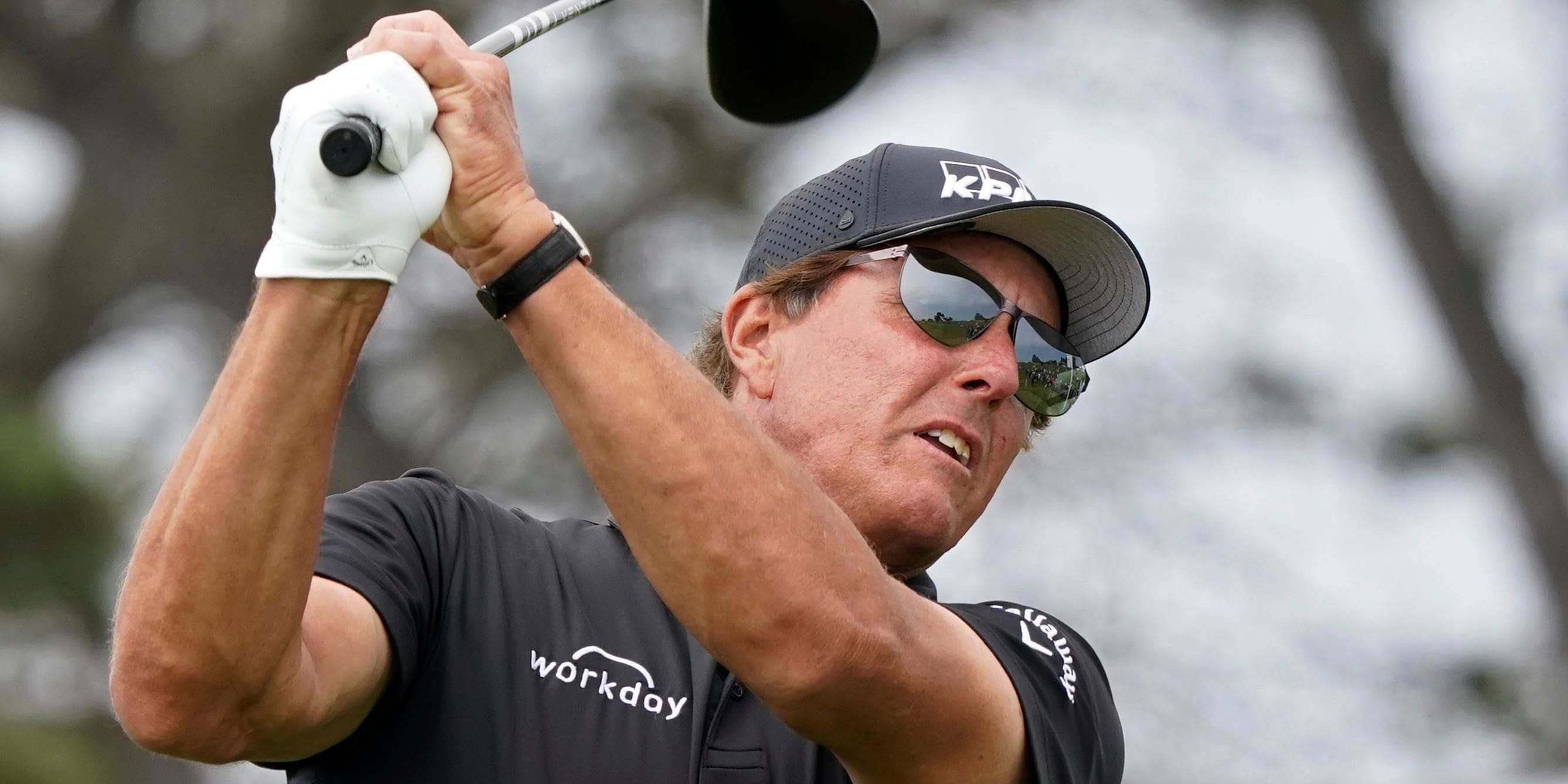 Phil Mickelson began the week savouring a “unique opportunity” to complete the career grand slam in his home city of San Diego on the back of his stunning US PGA Championship triumph.

He ended it by somehow hitting his approach to the 18th around 70 yards beyond the hole, making a bogey six and completing a 75 to finish 11 over par, almost two hours before the final group was due to tee off.

Since claiming the third leg of the career grand slam in the Open Championship at Muirfield in 2013, Mickelson has never threatened to win the US Open or even come close to replicating one of his record six runners-up finishes, the last of which came the month before he lifted the Claret Jug.

Amazingly he even opted to skip the tournament in 2017 to attend his daughter’s high school graduation, something which cemented his reputation as an all-around good guy, an image shattered the following year at Shinnecock Hills following an incident during the third round.

The six-time major winner, who was already four over par for the day on his 48th birthday, badly overhit a putt on the 13th hole which was set to roll off the parched green.

However, Mickelson prevented that from happening by running after the ball and hitting it while it was still rolling, a breach of rule 14-5 which incurs a two-shot penalty.

Such a flagrant and deliberate act was met with fierce criticism from several quarters, with former US PGA champion Steve Elkington among those calling for Mickelson to be disqualified and accusing him of “trying to embarrass the USGA”.

Mickelson was unrepentant in the immediate aftermath, claiming he was using the rules to his advantage and telling his critics to “toughen up”, although a few days later he sent a message to a handful of American journalists offering his apologies.

While Mickelson departed the scene, Rory McIlroy was among the contenders focused on winning the title, a decade since his breakthrough victory at Congressional.

“It would mean an awful lot,” McIlroy said. “I am just so happy that I’ve given myself another chance.

“It feels like a while since I’ve had a chance to win a major championship going into a Sunday and it was great to give myself that chance. It’s not going to be quite as easy as it was 10 years ago, but my game feels good.”

McIlroy cruised to an eight-shot victory in 2011, just two months after blowing a four-stroke lead in the Masters following a final round of 80 at Augusta National.

The Northern Irishman went on to win the US PGA Championship in 2012 and the Open and US PGA in 2014, but has not won a major since and had been a combined 35 over par in the first round of golf’s biggest events before an opening 70 in San Diego.

A second round of 73 left McIlroy six shots off the pace at the halfway stage, but a 67 on Saturday lifted him to three under par, just two behind leaders Louis Oosthuizen, Mackenzie Hughes and Russell Henley.

Defending champion Bryson DeChambeau was alongside McIlroy on three under, with pre-tournament favourite Jon Rahm, Scottie Scheffler and Matthew Wolff another stroke adrift.

World number one Dustin Johnson was part of a five-strong group on one under, with Paul Casey, Ian Poulter, Francesco Molinari, Justin Thomas and Brooks Koepka all on level par.