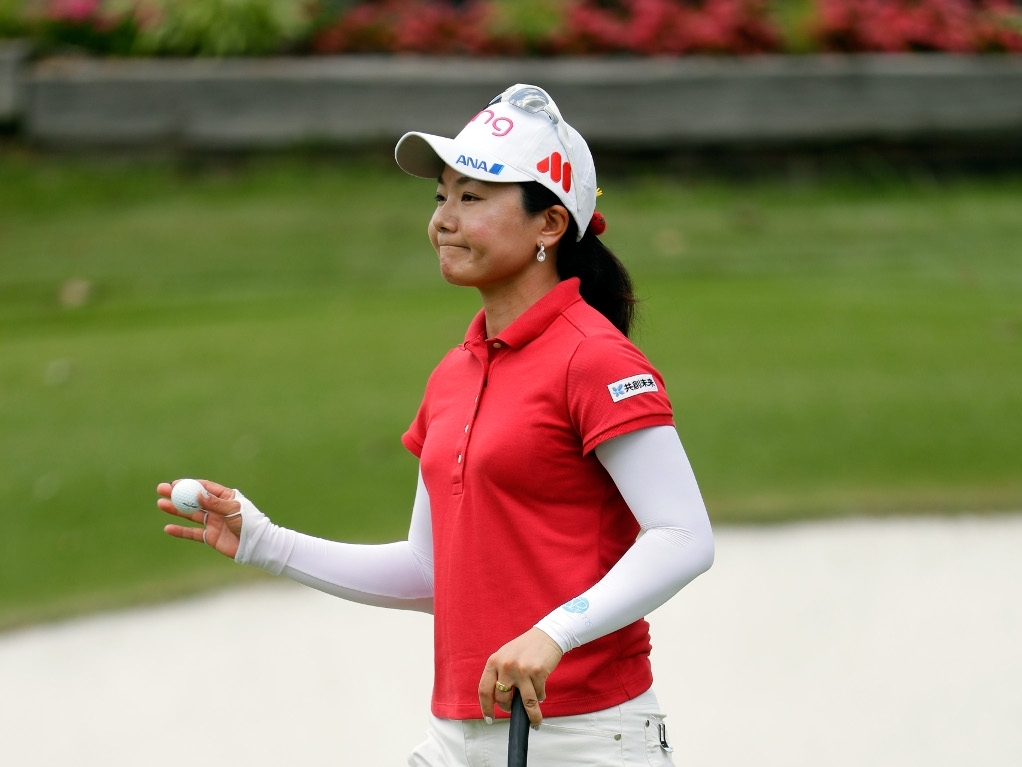 Ayako Uehara tied the 18-hole scoring record at the NW Arkansas Championship to clinch a two-shot lead on Friday.

Uehara fired a nine-under-par 62 and is followed by Candie Kung, who carded a seven-under-par 64.

It's not too late to have a flutter and back your favourite for this week's LPGA event.

A plethora of golfers, including Minjee Lee, Ai Miyazato, So Yeon Ryu and Morgan Pressel are in a tie for third on six-under.

World number one Lydia Ko is four strokes adrift of the lead in a tie for 16th, while defending champion Na Yeon Choi struggled on Friday as she is in a tie for 134th after recording a four-over-par 75.

Uehara began her round with a trio of birdies on her front nine before she shifted her game to the next level on her back nine, where she registered six birdies, including three in a row from the third to fifth to match the 18-hole record set by Jane Park and Angela Park in 2008. Her round of 62 was also the best by a Japanese player as the previous best was a 63.

Kung started her round of 64 with a hat-trick of birdies from the 10th to 12th before making another one at the 18th to wrap up a fantastic front nine. She continued to excel on her back nine as she made four birdies on her first five holes. Just as Kung was looking to have a bogey-free round, she stumbled at the sixth and made her lone bogey of the round.

Lee, who carded a 65, endured a turbulent start to her campaign as she made three birdies, a bogey and a double bogey at the par-four 13th on her front nine. She turned her fortunes around on her back nine though as she started with four consecutive birdies from the first to fourth before making two more at the seventh and ninth to conclude her round.

Miyazato put herself in a strong position after making five birdies on the front nine. However, she was unable to make the most of it as she made a lone birdie at the 18th to complete her round.

Ryu was in superb form early on as she made four successive birdies from the second to fifth before making two more at the eighth and ninth. The South Korean was unable to maintain her momentum though as she made a birdie and a bogey on the back nine.

Pressel, meanwhile, enjoyed a very balanced round as she made three birdies on her front nine before going on to make three more on her back nine.

Ko registered a 66 on Friday, which began with her making a duo of birdies on her front nine. She continued to impress on her back nine as she made two birdies, a bogey and an eagle at the par-five seventh.

Meanwhile, Choi is set to miss the cut after firing a 75, which consisted of two birdies and six bogeys.

To bet on the LPGA or any of the other major golf tours, head on over to Paddy Power.