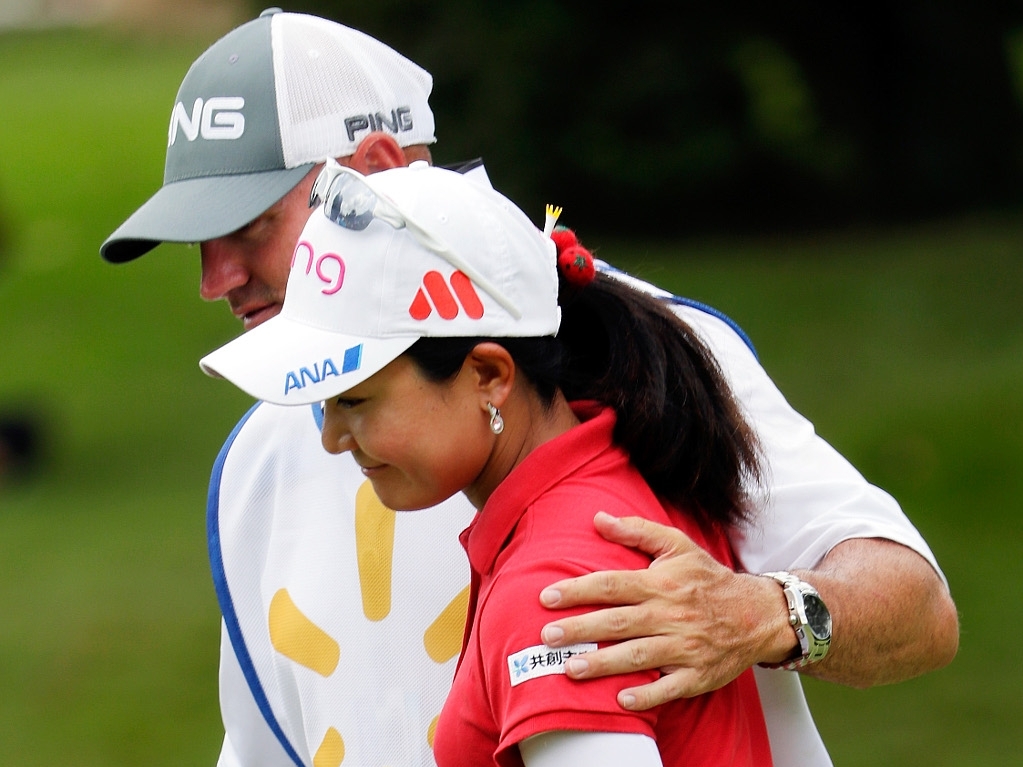 Ayako Uehara recalled the positive image of her 2013 hole-in-one on the 17th hole at Pinnacle Country during her first round of the Walmart NW Arkansas Championship Presented by P&G on Friday.

Uehara shot a career-low nine-under-par 62 during Friday's first roundto claim a two-stroke lead, but admitted that the memory of her ace there three years ago – which she has been rewatching over the last few days – is her fondest memory of the course.

"Since I got here this year, I've been watching this video of this hole in one many times," said Uehara, who added that she made sure her caddy watched it too.

"It's a really, really loud crowd," she said when asked of her reception there this week.

Friday's round was her first leading effort over 18 holes since the 2014 RICOH Women's British Open, and included six birdies on her final nine holes. It was on her 10th hole of the day – the first – where she notched a chip-in birdie – that kick-started her impressive run.

"I got a chip in birdie today, and then, you know, the swing and putting, everything, of course I have the confidence now, so I'm going to keep it for the next two days," said Uehara.

The  32-year-old has struggled to make an impact on the LPGA Tour in 2016 sofar, missing five consecutive cuts earlier in the season, and added that she has worked on her swing with Ian Triggs in recent weeks.

"Instead of like having some extra movement and everything, they take out everything and then just very straight swing," said Uehara.