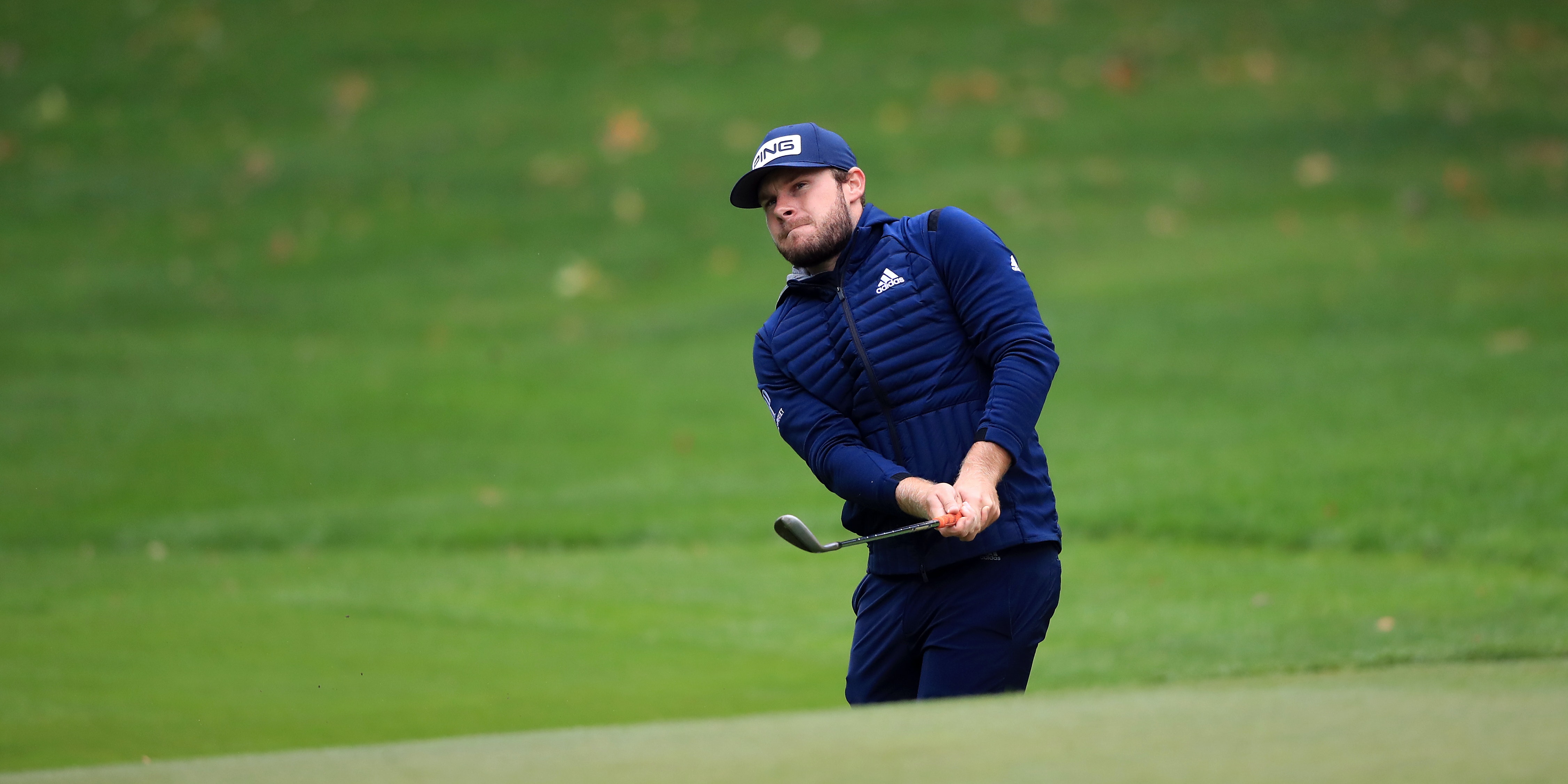 After almost nine months in America, England’s Tyrrell Hatton fittingly took route 66 to set the clubhouse target in the BMW PGA Championship, the tournament which inspired him to become a professional.

Playing alongside Hatton, former Masters champion Patrick Reed had held the lead following four birdies in succession around the turn, but eventually signed for a 70 after dropping a shot on the fifth and making a double bogey on his final hole after pulling his approach into the water.

“I’ve been walking around here from the age of five so I feel pretty comfortable on the golf course,” Hatton said. “I’ve been round it so many times it almost has that home-course feel.

“To lift the trophy here is definitely a goal of mine and hopefully I can play well the next few days and give myself the chance to do that. That would be very special.”

Hatton, who won his fourth European Tour title in a six-man, floodlit play-off in the Turkish Airlines Open last November, underwent wrist surgery at the end of the season and started 2020 in superb style with a first PGA Tour title in the Arnold Palmer Invitational.

“It’s nice to be pain-free after two and a half years,” the 28-year-old added. “This year I’ve also been in the gym quite a bit and it’s nice to have had the results we’ve had so far.”

Rai finished runner-up in the Irish Open a fortnight ago and followed that with victory in the ASI Scottish Open on Sunday, defeating Tommy Fleetwood in a play-off.

“There wasn’t much of a celebration,” the 25-year-old from Wolverhampton said following his bogey-free 68. “We drove back straight away after the Scottish Open and it was quite a long drive back home.

“I did spend Sunday night at home with my family, so I did get to see them. It was just nice to share a few moments without really having to celebrate, but maybe in a couple weeks’ time.”