Tyrrell Hatton takes commanding lead into final round at Wentworth 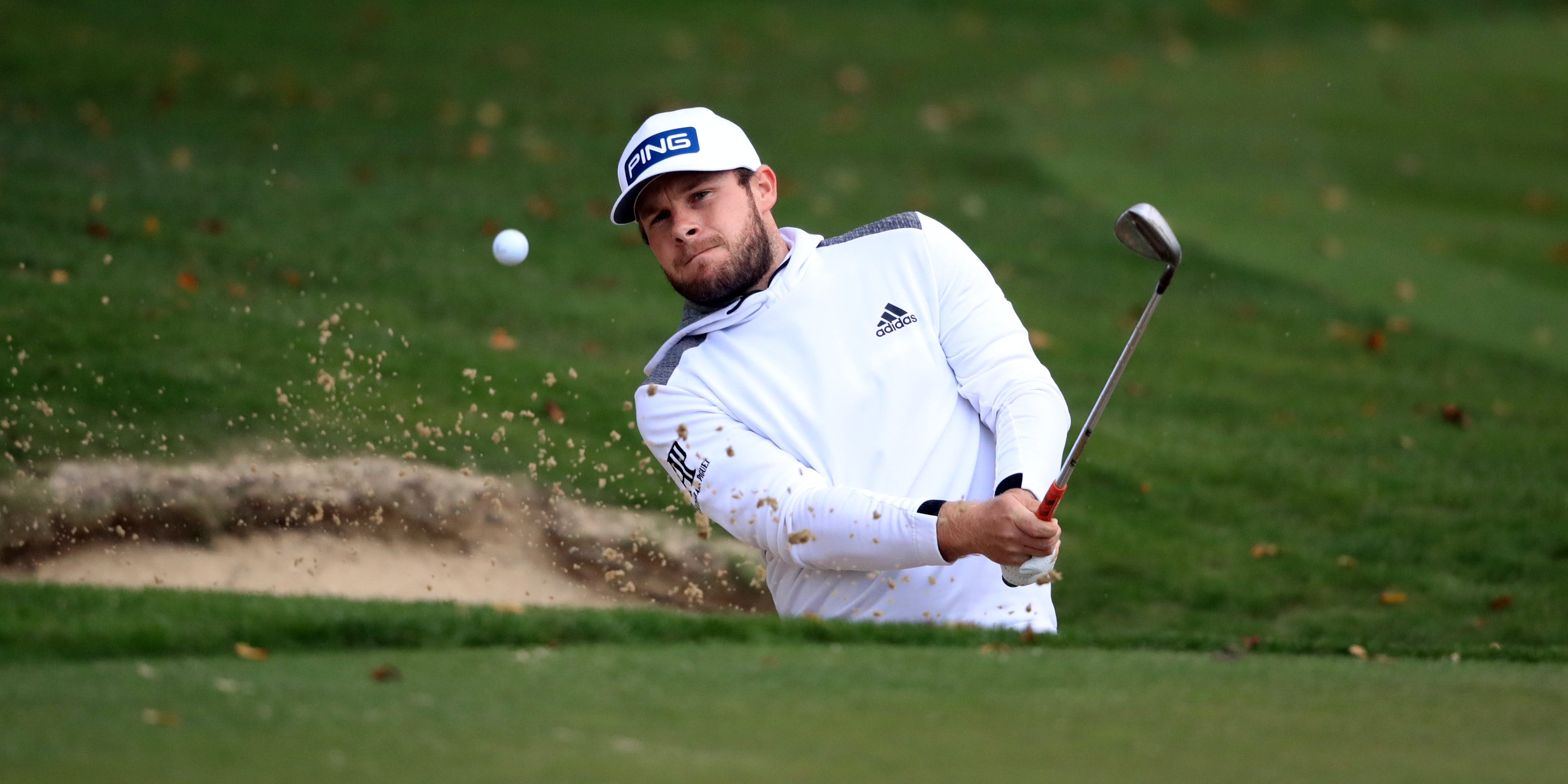 After almost nine months in America, England’s Tyrrell Hatton is on target for a happy homecoming in the BMW PGA Championship – the tournament which inspired him to become a professional.

Hatton will take a three-shot lead over Denmark’s JB Hansen and France’s Victor Perez into the final round at Wentworth, with Open champion Shane Lowry, Tommy Fleetwood, Patrick Reed and David Horsey another stroke back.

Lowry had shared the halfway lead with Matt Fitzpatrick, but the final group were a combined six over par as Lowry carded a 74 and Fitzpatrick – who caused a stir by claiming US Open winner Bryson DeChambeau’s big hitting was “making a mockery of the game” – struggled to a 76.

“It’s been a goal of mine to hopefully win this tournament so it would be very special,” Hatton said.

“There’s still 18 holes to go tomorrow, I just have to try to not get too far ahead of myself, take confidence from the fact I’ve won on Tour, go out there and control myself, play well like I have the last three days and see what happens.”

Hatton began the day a shot off the lead and fell further behind with a bogey on the third, but bounced back to birdie the next and jumped into the lead with an eagle from 20 feet on the 12th.

The 28-year-old also birdied the 13th and recovered from a bogey on the 15th with a closing birdie to put himself in pole position for a fifth European Tour title and second victory of the season following his victory in the Arnold Palmer Invitational in March.

It would also almost certainly be the first victory by a player wearing a hoodie, with Hatton’s choice of clothing proving a major talking point.

“People are split. They don’t know if they like it or not,” added Hatton, who has been inundated with replies on social media after offering to give away 10 hoodies to his followers.

“Anyway, I think it’s a cool thing that people are talking about it, we should be open to the idea of creating a more open kind of sport rather than it to be kind of snobby. I think you need to move on from that.

“It’s comfortable when you play golf in it and it looks good, then I don’t see an issue.”

Fleetwood, who lost to Aaron Rai in a play-off for the Scottish Open on Sunday, was four over par after seven holes on Thursday, but lifted himself into contention with a third round of 67 which included six birdies and a vital par on the 18th after hitting his second shot into the water surrounding the green.

“Obviously I had a terrible start to this tournament, so to even be in with any kind of chance is great,” Fleetwood said. “I’ve been playing very, very well, so just try and keep that up and see if the putts drop.”

Horsey also posted a 67 thanks to five birdies on the back nine as he seeks a fifth European Tour title and first since 2015.

“It’s a real shame there’s no crowd here, the atmosphere is unfortunately very flat, but at least we are playing,” Horsey said. “To win our flagship event is probably most English players’ dream, behind winning a major. I have given myself half a chance.”

The same can be said for Ian Poulter and Eddie Pepperell after rounds of 68 and 70 respectively left the pair five shots behind Hatton, with Poulter seeking a perhaps unlikely success at European Tour headquarters.

The 44-year-old has previously made no secret of his dislike for the West Course, especially after the controversial redesign by Ernie Els in 2010, but said: “I haven’t played as well as I should have played here and because of that, I guess I have had a dislike for the venue.

“That’s not really the venue’s fault. It’s probably been my fault. There’s 14 fairways and 18 greens so it’s not that different. Just shut up and play golf.”