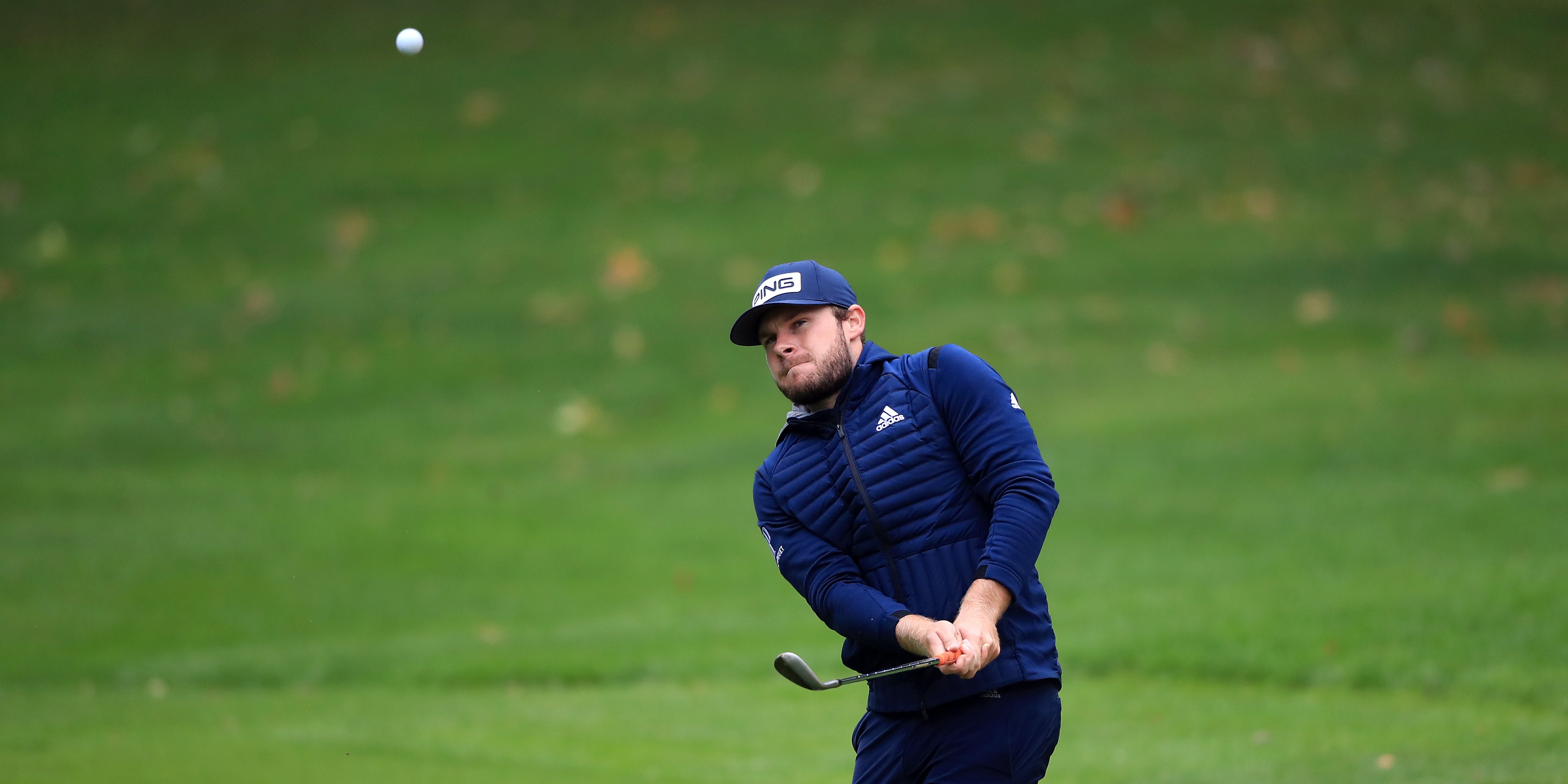 Tyrrell Hatton’s first memory of watching the BMW PGA Championship as an awestruck nine-year-old was almost getting hit by a stray shot from three-time major winner Vijay Singh.

Nineteen years on, Hatton is on the other side of the ropes as the world number 15 and in prime position to challenge for victory in the event which inspired him to become a professional following an opening 66 at Wentworth.

Hatton carded an eagle, five birdies and a solitary bogey at Wentworth to finish six under par, a total matched late in the day by South Africa’s Justin Harding and Spain’s Adri Arnaus.

Open champion Shane Lowry, Eddie Pepperell, Matt Fitzpatrick and Gavin Green were a shot off the lead on five under, with Scottish Open winner Aaron Rai and former world number one Justin Rose part of the group on four under.

Despite needing on-course treatment for back spasms, Ian Poulter finished birdie, birdie, eagle to return a 69, with former Masters champion Patrick Reed having to settle for an opening 70 after a double bogey on his final hole.

“My dad used to bring me up here, it was one of my favourite things to do when I was a kid so that’s what makes this week so special,” Hatton said.

“One memory that springs to mind is Vijay almost taking me out on 18 when he blocked it right and thankfully he just missed us and we’re able to stand here today!

“To lift the trophy here is definitely a goal of mine and hopefully I can play well the next few days and give myself the chance to do that. That would be very special.

“In 2016 I had a really good chance here but I had not won on Tour at that point and I think that was quite a big learning curve for me that day. I would like to think that if I had that opportunity again, I’d give myself a better chance of winning.”

Hatton, who won his fourth European Tour title in a six-man, floodlit play-off in the Turkish Airlines Open last November, underwent wrist surgery at the end of the season and started 2020 in superb style with a first PGA Tour title in the Arnold Palmer Invitational.

“I’m pleased with how this year has been so far on the golf course,” the 28-year-old added. “I feel like I’ve put in quite a lot of work off it as well, starting to go to the gym and stuff like that.

“The gym wasn’t anything to help my golf to be honest. It was just for my own benefit. I was always quite a self-conscious person anyway, and I didn’t like how I looked.

“I think playing pain-free is an added bonus, and I definitely struggled with that for the previous two and a half years.”

Lowry had missed the cut in three of his last four starts, but reverting to an old putter paid dividends with a round of seven birdies and two bogeys.

“I whipped that putter out of the cupboard on Monday,” Lowry told the PA news agency. “I’ve used it for about six or seven years and it’s been on the bench for a while.

“It’s only one good day, I need to get a bit more consistent with every part of my game and keep going. My days have been too bad of late, I’ve had a few good days but shooting a few 74s or 75s and that’s just not good enough.”

Rai finished runner-up in the Irish Open a fortnight ago and followed that with victory in the ASI Scottish Open on Sunday, defeating Tommy Fleetwood in a play-off.

Fleetwood looked to be feeling the effects of his shock miss from three feet on the first extra hole when he struggled to the turn in four over par, but birdied five of his last seven holes to return a 71.