Tyrrell Hatton after impressive opening 71: ‘This is the major I expect to do worst in’ 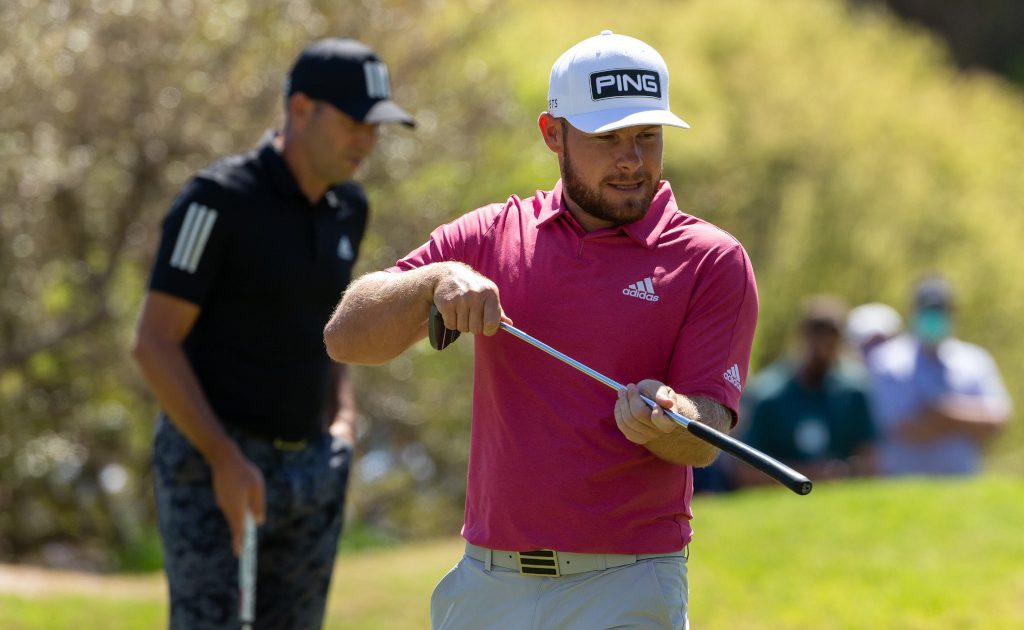 Having struggled at Augusta in the past, Tyrrell Hatton isn’t getting ahead of himself after a strong opening 71 at the Masters on Thursday.

Only seven players were able to outscore the Englishman on the day, as he mixed five birdies, two bogeys and a double-bogey to finish tied-eighth heading into Friday’s second round.

It was quite a turnaround for a player whose best finish at Augusta is tied-44th and who by his own admittance isn’t a big fan of the golf course.

“I’m very happy to shoot under par,” Hatton said. “It was pretty tough out there. The greens are pretty scary. Probably the fastest greens I’ve ever putted on, and obviously with the slope, it just magnifies that.

“I didn’t feel like I particularly hit the ball great today, but like I said, to come in under par in those conditions, I’m really happy with.”

Asked how he’d manage to turn things around after his four previous appearances at Augusta hadn’t gone too well, Hatton said: “Well, I don’t know. This place hasn’t been particularly kind to me so far. If I’m being honest, it’s not a course I feel that comfortable on.

“Like, putting’s generally a strength of mine through the years, and I’ve never putted that well here. Today I actually holed out quite nicely which you need to do because you’re going to have loads of five-six footers out there with how fast the greens are, so just really happy with that at the end.”

Asked if his expectations of himself had risen since becoming a PGA Tour winner and the highest-ranked Englishman in the world, and whether he expected to contend for majors, Hatton said: “I wouldn’t say expecting. You go to every tournament wanting to play well and give yourself a chance to win.

“If I’m being honest this is probably… if I was going to choose a major that I was least likely to do well in, it’d probably be this one – purely because of how I feel on the golf course and my record here.”

“I’ll try my best to change that this week, but we’ll see how we get on.”