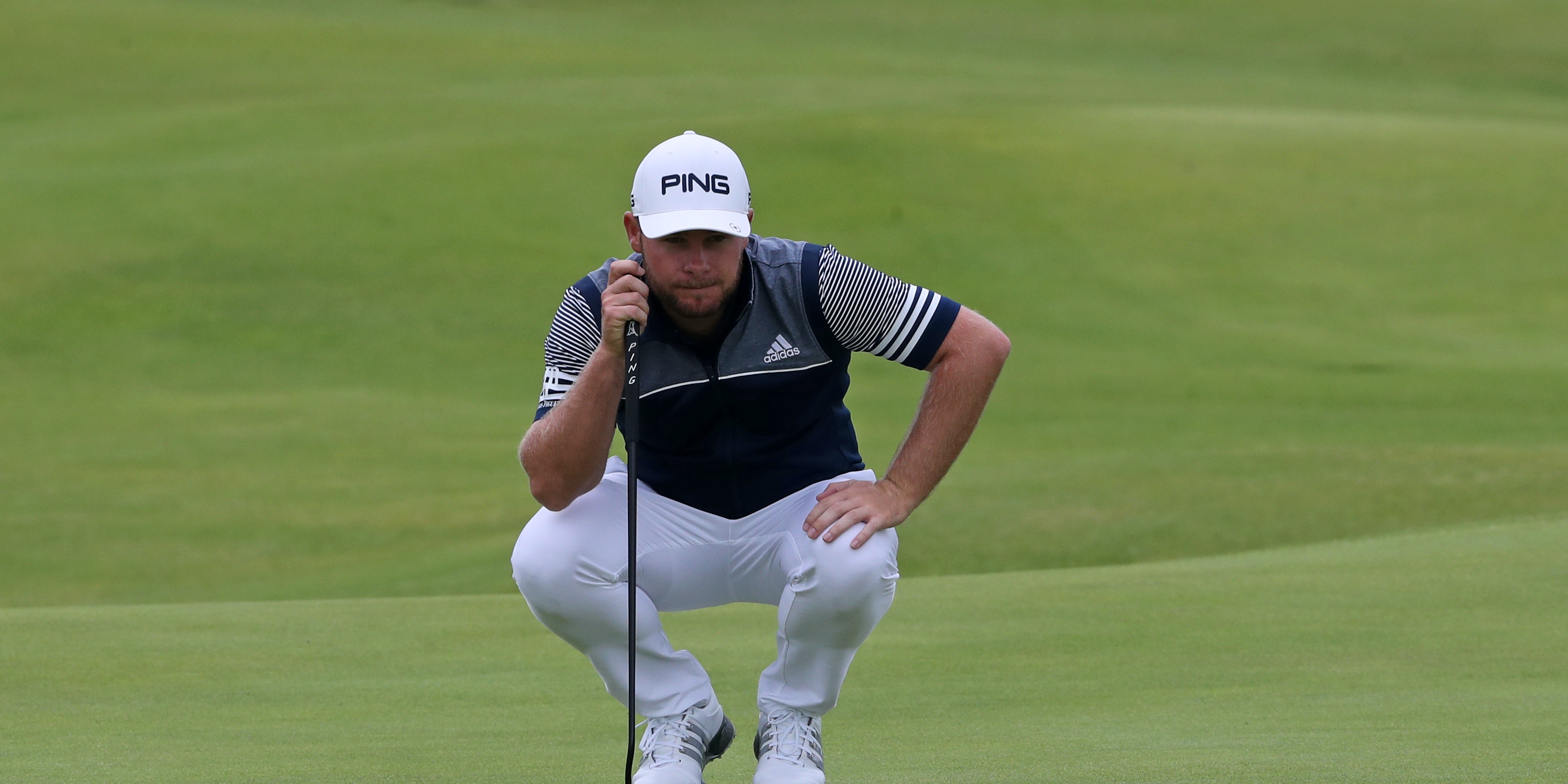 Tyrrell Hatton crafted a blemish-free round of 63 to join a group of four at the top of the leaderboard ahead of the final round at the RBS Heritage.

The Englishman had four birdies inside the first five holes and reached the turn at five under.

He then picked up another three shots before finishing his round off with a 24-foot birdie putt.

The eight-under round follows a seven under on Friday and saw him move 21 places up the leaderboard where he sits tied with Abraham Ancer, Ryan Palmer and Webb Simpson.

Simpson, the overnight leader, could not follow up his opening scores of 65 and carded a 68 on Saturday, mixing four birdies and a bogey.

The leaderboard at Hilton Head in South Carolina remains tight with 17 players within three shots of the lead ahead of Sunday’s final round.

Carlos Ortiz, who started the tournament with a pair of bogeys, shot a 63 to be part of a trio sitting a shot behind the leaders, while Ian Poulter and Matthew Fitzpatrick are tied for eighth on 13 under for the tournament.

World number one Rory McIlroy shot a third-round 66 to significantly improve his position.

McIlroy followed his second-round 65 with a five-under 66 to move to 10 under, and tied for 28th.

“I’ve been a little bit more decisive and committed off the tee in the last two days. Much better, I need to try keep doing that with the same game plan,” he told the media after his round.

Dustin Johnson finished with 67, Brooks Koepka a 68 and Bryson DeChambeau a 70 as the Americans all sit tied for 16th on 12 under.