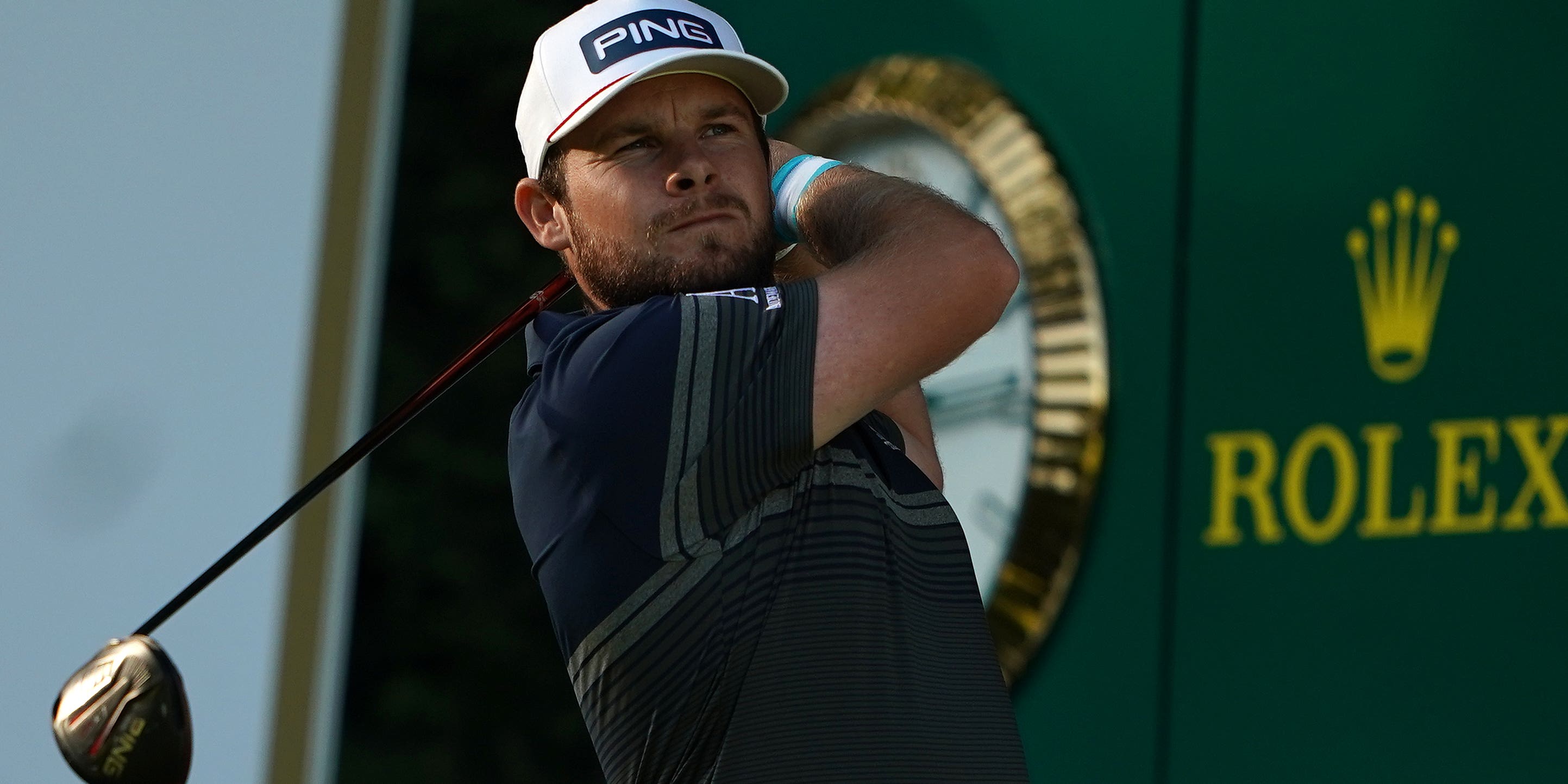 Tyrrell Hatton has a second Ryder Cup appearance in his sights after producing a brilliant final round to claim the Abu Dhabi HSBC Championship as Rory McIlroy missed out on the title once again.

Hatton carded a closing 66 to finish 18 under par and secure a sixth European Tour title and fourth in the lucrative Rolex Series, a victory which lifts him above McIlroy in the world rankings to a career-high of fifth.

Australia’s Jason Scrivener recorded an eagle and five birdies in a back nine of 29 to claim second place on 14 under, with McIlroy a shot further back following a disappointing 72.

“I’m definitely pinching myself, it’s just very surreal to be that high in the world rankings,” Hatton said.

“I’m struggling to find the words to put it across but I’ll just say it is very cool to be where I am at the moment.”

McIlroy took a one-shot advantage into the final round and doubled his lead thanks to birdies on the second and third, but three-putted the fourth and also dropped a shot on the par-five eighth following a poor drive.

Playing partner Hatton matched McIlroy’s birdie on the second and also picked up shots on the seventh and ninth to reach the turn with a two-shot lead.

McIlroy looked certain to close the gap when he found the par-five 10th in two, inches closer to the hole than Hatton was in three, but Hatton holed from 35 feet for an unlikely birdie and McIlroy two-putted for his.

“That was going eight foot past and it’s hit the hole,” Hatton admitted. “That’s huge and then my tee shot on 11 has pitched in the side of the bunker and come out. We’ve seen plugged lies in lips this week so that was another bit of good fortune.”

There was nothing fortunate about the birdies on the 13th and 16th which made certain of victory and set Hatton well on his way to qualifying for the European team which will defend the Ryder Cup at Whistling Straits in September.

“It’s massive,” added Hatton, who began the week by poking fun at his fiery temperament by starring in a hit European Tour video titled “Angry Golfers” alongside the likes of Ian Poulter, Tommy Fleetwood and Henrik Stenson.

“Ryder Cup points started again and that’s a huge goal for me this year to make that team so I’m absolutely delighted that I’ve managed to pick up a load of points this week.

“The Ryder Cup in Paris was the best golfing experience of my life to date. Home fans, that first tee with the grandstand was just amazing. I absolutely loved the week.

“I’m sure it will be a very different experience playing away and hopefully I’m there at Whistling Straits. I’d love to try and help the team win.”

McIlroy now has four second-place finishes, four thirds and a fifth in his last 10 starts in Abu Dhabi, but will be disappointed at failing to claim his first win since November 2019, especially after starting with a superb 64.

“I thought I was in a good position on 10 and Tyrrell was outside of me, makes that putt for birdie, and then I can’t make mine for eagle and that was a huge sort of momentum-keeper for him,” said McIlroy, who had a long flight to California for his next event to ponder what went wrong.

“Then I bogeyed the next and after that it was sort of hard to get back into it. I don’t feel like I played great this week. Felt like I was managing my game a bit.

“But it was nice to get a competitive week under my belt and see where my game is and what I need to do to keep on improving.”

Fleetwood had been just a shot off the lead when he birdied the ninth, but bogeyed the 16th and double-bogeyed the 17th to finish in a tie for seventh.

Spain’s Rafa Cabrera Bello finished fourth on 12 under par, a shot ahead of Scotland’s Marc Warren and American David Lipsky.