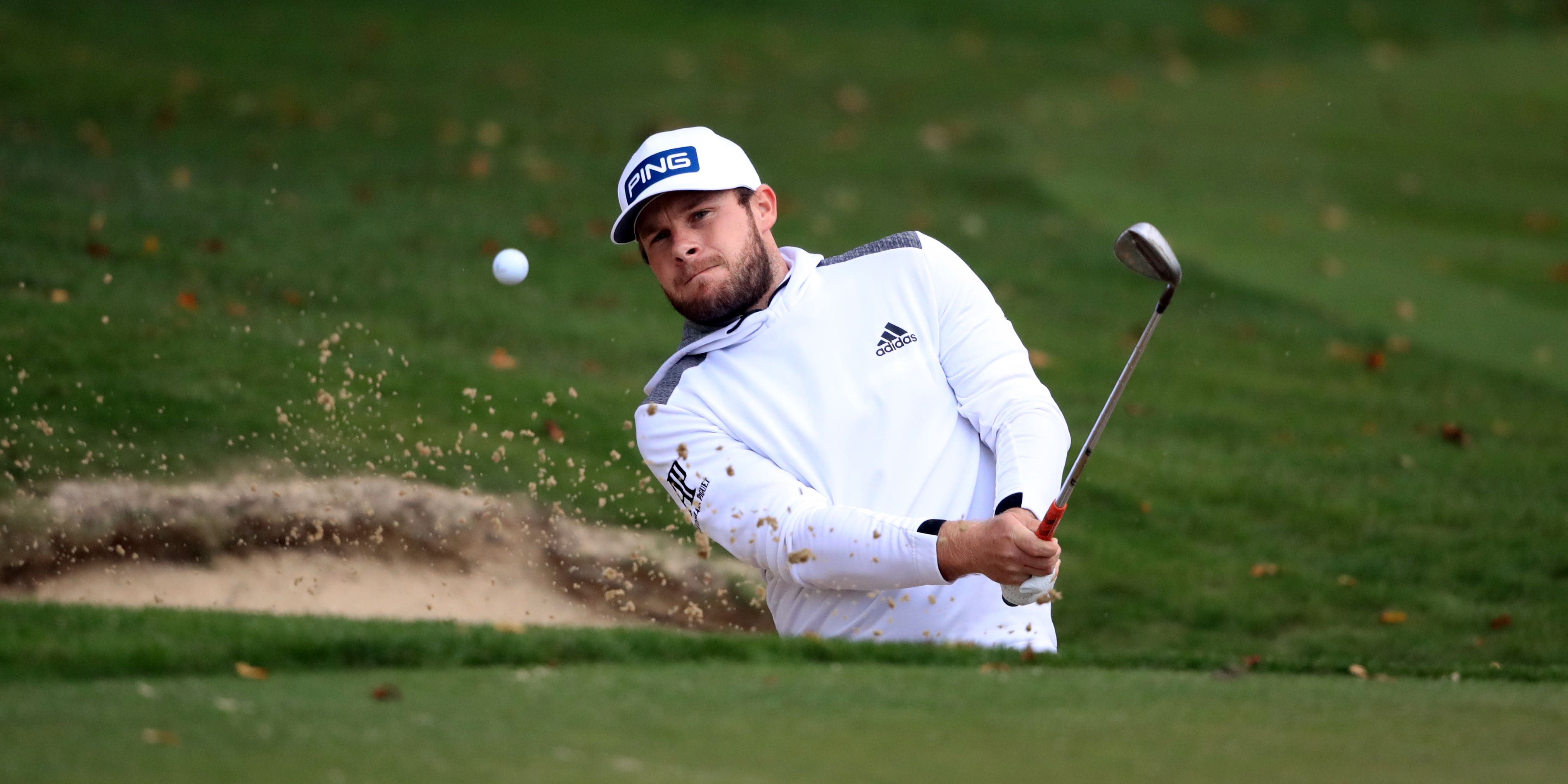 Tyrrell Hatton opened up a commanding lead in the weather-affected Abu Dhabi HSBC Championship as Rory McIlroy failed to build on his brilliant start.

McIlroy carded a career-best 64 in the opening round and birdied two of his first three holes on Friday, but played his next 11 in three over par before play was suspended due to darkness, a legacy of Thursday’s lengthy fog delay.

Playing in the group behind, Hatton took full advantage with his third eagle of the week on the par-five second and four birdies in a row from the seventh, the world number nine reaching the 14th hole before play was halted.

At 12 under par Hatton enjoyed a five-shot lead over McIlroy, Jason Scrivener, Jazz Janewattananond and Romain Langasque, with Tommy Fleetwood, Matt Wallace and Marc Warren among a large group on six under.

“I’m obviously in a great position at the moment,” said Hatton, who won the Arnold Palmer Invitational and BMW PGA Championship last year.

“It was certainly tough out there so I’m really happy to be five under. There was a couple of par putts toward the end of my round, (it was) nice to hole them and keep a bit of momentum going.”

Fleetwood was three over par after 10 holes of his opening round on Thursday, but wisely decided not to attempt his par putt on the 11th when play was suspended due to darkness and it was a completely different story on Friday.

The Ryder Cup star saved par on the 11th, played his last seven holes in four under par and then added a bogey-free 67 to keep his hopes of a third victory in Abu Dhabi alive.

Asked what was behind the turnaround, Fleetwood told Sky Sports: “(I) slept on it. That clearly made a difference. I think yesterday (Thursday) I just forced it a little bit.

“It was really windy going out there in tough conditions and I think I tried to force a few golf shots playing in the wind and didn’t do the things that we work on, really.

“It was an all-around bad 10 holes. Last night I had that five-footer for par on 11 and the hooter went. I looked at it and looked at Fino (his caddie Ian Finnis) and we both just thought we’ll cut our losses for today, come back tomorrow.

“That was probably the best thing we did, really. I’ll be honest, probably wasn’t going to go in last night. Have a feeling I might have missed it.

“Slept on it, hit a good one this morning and stiffed it on 12 and got playing again and got going.

“Today I did things a lot better. Did what we discussed in my golf swing and drove it really, really well there in the afternoon and that made such a big difference in the wind.

“I was driving it really well. Hit some great irons. Holed out really well. Didn’t really give anything away. So it was a much better day, really.”

Warren also fought back from being one over par after two holes of his opening round, the world number 221 carding five birdies before ending his round in style with an eagle on the par-five 18th. Wallace made three birdies and a bogey in 12 holes of his second round.

Defending champion Lee Westwood bogeyed the 13th and 14th before play was suspended to lie nine shots off the lead on three under, with playing partner and world number three Justin Thomas on the projected cut mark of one under.