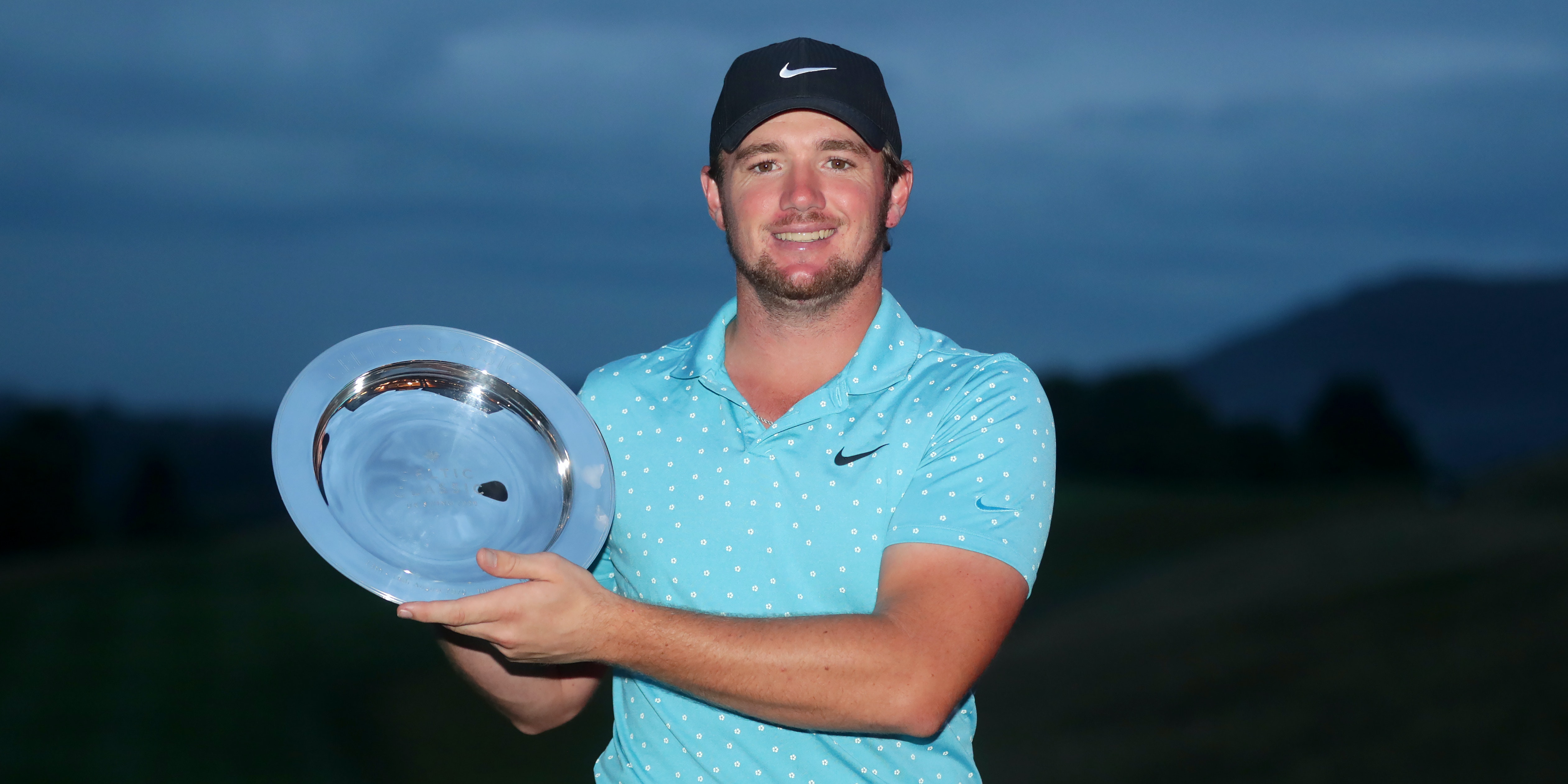 England’s Sam Horsfield overcame a two-hour weather delay and the fast-fading light to claim his second European Tour title in the space of three weeks at the Celtic Classic.

Horsfield carded a closing 67 at Celtic Manor to finish 18 under par and two shots ahead of Belgium’s Thomas Detry, a repeat of their finishing positions in the Hero Open at Hanbury Manor.

Overnight leader Connor Syme finished in a tie for third on 15 under alongside Thomas Pieters and Andrew Johnston as play finished in near darkness.

Horsfield, who is the first player in European Tour history to win, miss the cut and win again in consecutive weeks, said: “After I missed the cut last week I was never concerned.

“I felt like after your first win and everything that was going on I felt a little mentally drained and I probably should have decided to take the week off.

“I just wasn’t all there but I knew my game was in good shape so I basically just forgot about last week.”

Horsfield began the day one shot behind Scotland’s Syme, but birdied the third, fourth and seventh to open up a three-shot lead before play was halted due to the threat of lightning.

When play eventually resumed two hours later, Syme closed the gap to a single shot thanks to birdies on the ninth and 11th, but Horsfield doubled his lead thanks to a birdie putt on the 14th which only dropped into the hole on its last roll.

Needing to make up ground, Syme went for the green on the short par-four 15th but two clumsy chips resulted in a costly bogey.

Syme looked like getting back into contention following a superb tee shot on the 17th after Horsfield had missed the green, only for Horsfield to hole from 20 feet for par before Syme missed his birdie attempt from close range.

Horsfield, whose win takes him inside the world’s top 100 and seals his place in next month’s US Open, added: “It was pretty crazy.

“My goal this weekend was to have no bogeys and I was able to do that, made a huge putt on 17 to keep that alive. I just played solid all week and to have a nice cushion coming to the last was nice.

“I never really felt nervous or uncomfortable, maybe because I was in the situation a few weeks ago. The birdie on 14 was huge because it gave me the option to lay-up on 15, where there is so much trouble.

“It was pretty dark coming down 18. That putt on 18 I couldn’t really see much of what was going on but I was set in stone on finishing that round. I didn’t want to get up at whatever time and finish on Monday morning.”