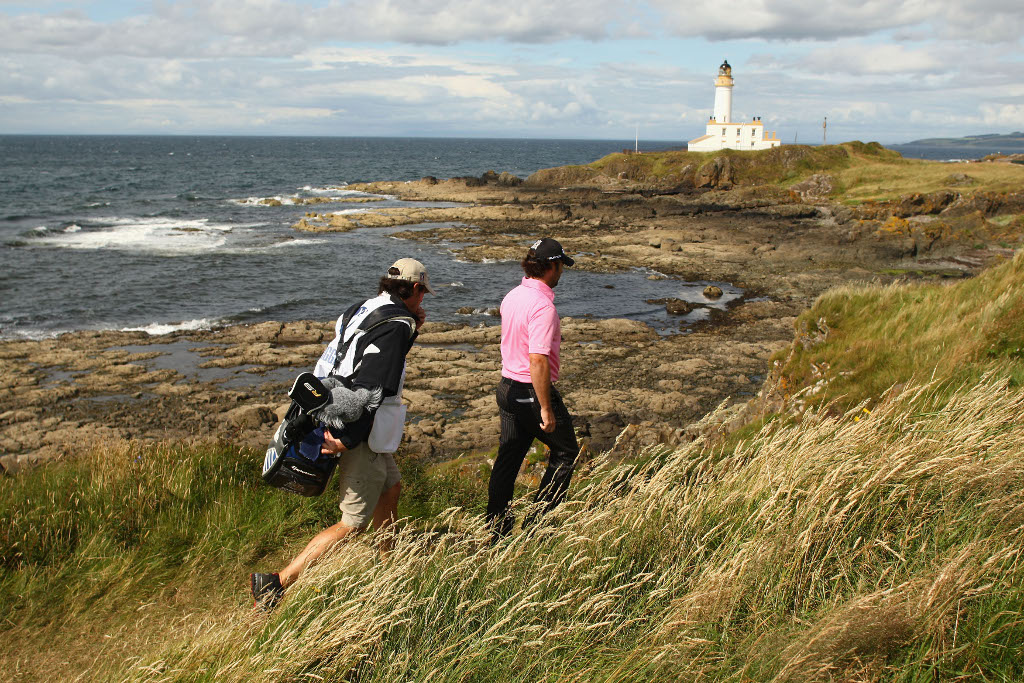 The sequence of tournaments leading up to the Open is one of the highlights of the European and British summer.

This Irish Open hosted by Rory McIlroy was included in the build-up for the second year in a row and that was followed by the Scottish Open, which historically always precedes the Open. Golf lovers and even travellers from around the globe are filled with a passion to walk the cliffs of the cragged coastlines of Great Britain and Ireland as pictures of idyllic links golf are broadcast around the world over the three weeks.

The eyes of the world will be focused on Scotland and, in particular, Turnberry the week before the Open starts, which is odd given that the Scottish Open is being played at Gullane Golf Club some 116 miles away. It isn’t the smooth-swinging Justin Rose or the magician of the links Phil Mickelson people want to see, but rather one Donald John Trump, who makes a stop off at his resort during his visit of the UK. The 45th President of the United States owns the famous links course and hotel where some of the most memorable battles in golf have been had.

Most notably was the famous Duel in the Sun in 1977, which was played out between Jack Nicklaus and Tom Watson in what is considered the greatest contest in golfing history. The Golden Bear and Watson fought it out under the Scottish sun and traded blow for blow over 18 holes; the theme of the match went along the lines of despair followed by brilliance after all hope had been lost. Nicklaus’s eight iron on 18 from the deep rough to 35 feet of the pin and subsequent sinking of the putt for a sensational birdie epitomised the duel.

It wasn’t to be for Nicklaus that day at Turnberry despite his heroics as Watson would triumph and win his second Open championship in three years. Watson’s history with Turnberry wouldn’t end there and it would be some 32 years later that he would walk the 72nd Fairway as the leader of the Open Championship at 59 years old. Sadly for the golf romantics and anyone who believes in miracles, the ‘old fogey’ would fall at the final hole and pass up the opportunity to make history that surely would have never been repeated. Watson missed an eight-foot putt to win and instead had to compete in a playoff against then 36-year-old Stewart Cink, where he would lose.

These heartbreaking, heart-pounding and heartwarming stories are deeply sewn into the DNA of golf in Scotland and Turnberry can more than hold its own when it comes to swapping war stories. When the Open swings around to Carnoustie, punters can be absolutely certain that another captivating chapter in golf’s history will be written. Once you win an Open you will never be forgotten, even if a player’s career fizzles out from there. One player whose career is far from burning out is Matt Wallace and he’ll be looking to get his name etched into golfing folklore history at Carnoustie.

It was three weeks ago that young Englishman Matt Wallace won the BMW International Open in Munich and there are few better times to get into form than a couple weeks before golf’s premier event tees off. Before the BMW International Open got underway, Wallace was backed by Oddschecker’s tipsters to win, and that was exactly what he went on to do.

The 28-year-old is one to watch at Carnoustie as history proves that form horses in the lead up to the Open are the most dangerous, as Mickelson showed in 2013 when he won the Scottish Open, which was followed up by triumph at the Open the week afterwards.

The weeks of late June through to the end of July in the United Kingdom are sacred for golf lovers and history reflects that with astonishing tales coming out year after year. Turnberry has played its part over the seasons and will again as the leader of the free world takes a trip around the links during this special time.