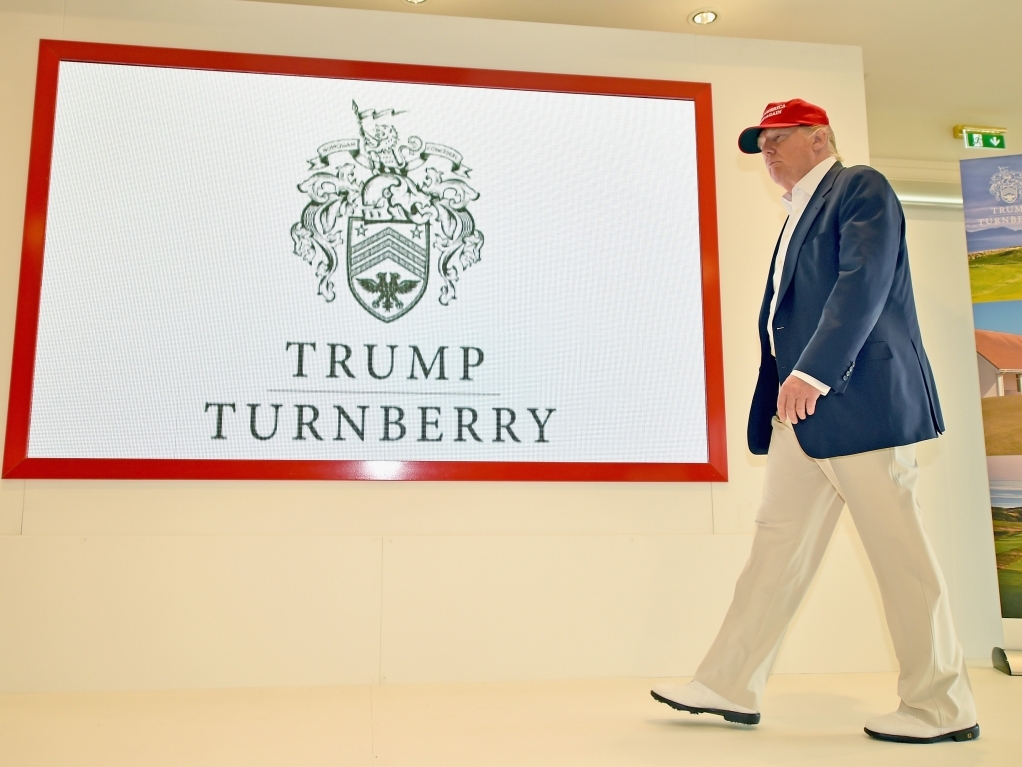 Turnberry owner Donald Trump believes his golf course would be perfect to host the Open if the organisers wanted to use it.

The controversial Republican Presidential candidate flew in to Scotland for the Women’s British Open at Turnberry this week.

The course last hosted an Open in 2009 and would only be able to host another again in 2021 and R&A is not concerned with making such a decision just yet.

Trump, however, believes Turnberry would an ideal venue to host the Open once renovations to the course are complete.

“This will be the greatest canvas in the world, especially when it’s renovated and finished the way they’ve wanted it for decades,” he told Sky Sports.

“The R&A has wanted this done for decades because the land is sitting there. All I can do is give the greatest canvas.

“The women are coming off today saying ‘This is the greatest course we play on tour’. It will be even better a year from now, so we’ll see what happens.

“This is considered the favourite course of the players so there’s a lot of pressure to come back to Turnberry. I think there’s probably not going to be a problem with that.”