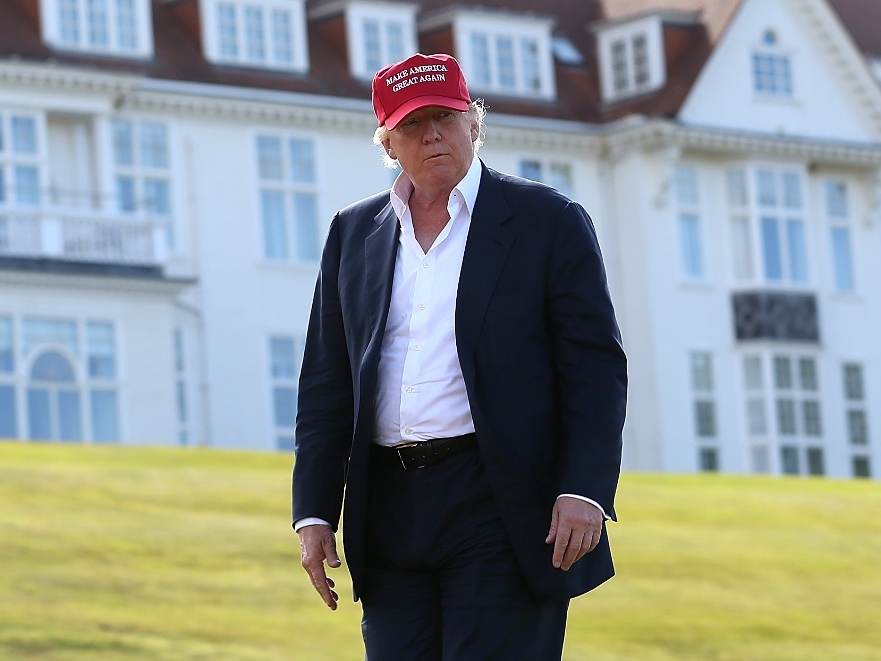 Donald Trump has successfully bid to change the alcohol laws on his golf course in Scotland.

The business magnate purchased the iconic Turnberry hotel and golf resort in 2014 and after a revamp of the hotel and a course re-design, Trump continues to shake things up in this quiet corner of the world.

Trump won the right to introduce a new booze cruise after councillors of the South Ayrshire Licensing Board approved the plans.

As a result, a modified 'booze buggy' will be able to legally serve beer and other drinks to players anywhere on the course.

And those teeing off after work need not fear, as the buggy will be zipping around from 10am to 10pm making sure those swings are well lubricated.

Trump reportedly wanted the service to run until 2am, meaning the resort would sell alcohol for 16 hours a day, but councillors refused this part of the bid.