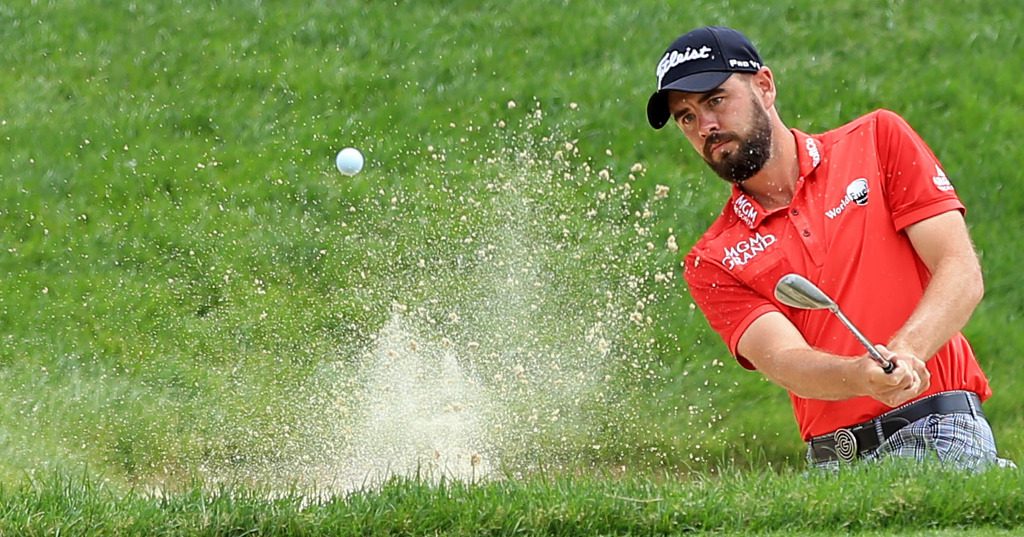 Martin Kaymer, Troy Merritt and Lee Kyoung-Hoon all share the lead at the halfway stage of the Memorial Tournament.

Merritt was the pick of the bunch, signing for a sizzling six under 66 around Muirfield Village, enough to take him to nine under par for the tournament and one stroke ahead of Jordan Spieth, who is alone in fourth on eight under.

And it could have been even better for the American, who was flying on seven under when he stepped onto the 12th tee. However, two bogeys either side of a birdie on the 15th pegged him back.

Nonetheless, Merritt is a happy man, given that his career was in jeopardy when doctors found a blood clot that extended from his chest to his elbow last year. This would eventually lead to a rib being removed, which he feels has actually improved his golf.

“It’s freed me up a little bit more on my golf swing,” Merritt told pgatour.com.

“My tempo has been better ever since it was out. I had tight scalenes [muscles that elevate the first rib] throughout the years, and I get to the top of my backswing and it would pinch a little bit and cause me to get a little quick.

“Now they’re not tight anymore and I can take my time, and as a result I hit the ball quite well in 2019.”

Joining him on nine under is Kaymer, who is excited to be in contention after several years in the doldrums. Kaymer is a major champion and former world number one, but has been winless since 2014.

“You’re excited to be in position again,” said the German after his four under 68.

“You worked quite hard over the last few years, and you want to feel that excitement of playing one of the last groups.

“And who knows what happens by Sunday afternoon, if I’m still up there or not. But I’m very pleased right now that I put myself in that position, especially with that summer coming up, knowing and proving to myself that I have it in me right now; that I don’t need to work on something special right now. I just need to play the game.”

Further down the leaderboard, Justin Rose carded the round of the day with a superlative nine under 63 that featured two eagles on the fifth and seventh holes, both par fives.

“The two eagles on the front kind of kick started everything,” quipped the Englishman, who is three shots off the lead on six under.

“I kept just pushing myself to keep trying to go as low as I could. Once you’re through the cut line, then you’ve got to build your way into the tournament. It was a great day.”

Elsewhere, Rickie Fowler ins in the hunt on seven under, while Tiger Woods slumped to an even par 72, leaving him two under for the tournament and three shots above the cut line.