Trio to battle for HK Open 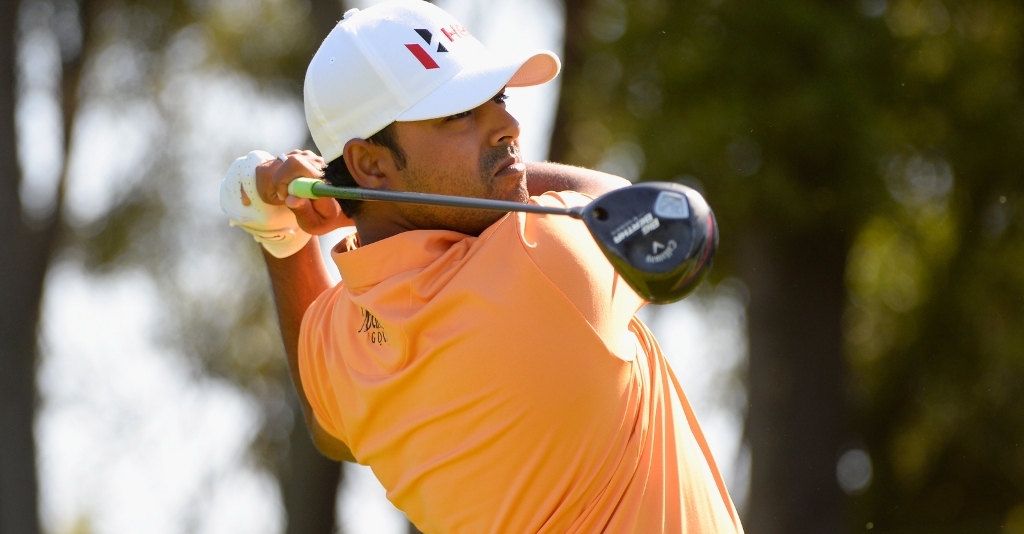 Asian Tour stars Scott Hend from Australian, Thailand’s Thongchai and Anirban Lahiri of India are set to battle out for the UBS Hong Kong Open title slated for October.

The highly accomplished trio hold a combined 26 Asian Tour titles and are poised to make Hong Kong’s oldest professional sporting event an epic showdown with many of the world’s top players assembling at the Hong Kong Golf Club.

For title holder Hend, he still remembers his play-off triumph over Filipino Angelo Que at the Hong Kong Golf Club vividly and is looking forward to repeating his heroics.

"I find it very rewarding to play in front of the big crowds at the Hong Kong Golf Club. The atmosphere at UBS Hong Kong Open is always great. It’s one of the best tournaments on Tour and has a great history behind it," said Hend in a press release statement by asiantour.com.

The big-hitting Australian star is one of the most successful international players on the Asian Tour, having amassed six titles on the region’s premier Tour and finishing inside the top-five of the Order of Merit in 2014, 2013, 2009 and 2007.

"For me it was a great time," recalled Hend. "I managed to get that plugged ball in the greenside bunker on the 72nd hole up-and-down (for par) and getting into a play-off was awesome.

"The play-off was exciting and to hole that putt and win was a tremendous feeling of relief and excitement," added the Australian.

Since his first triumph in a co-sanctioned Asian Tour and European Tour event, Hend has enjoyed a good run of form, finishing second at the True Thailand Classic in February before claiming a tied fifth result at the inaugural AfrAsia Bank Mauritius Open in May.

Hend is quietly confident of his chances as he sizes up not only the golf course but also the rivals to his throne.

"The course is an awesome one and it puts many aspects of your game under pressure but the main thing is to not get ahead of yourself and you can’t be too aggressive," he said.

Thongchai is determined to put up a strong showing after skipping the UBS Hong Kong Open for the last two years. “I’m looking forward to playing next month. The Hong Kong Golf Club is a great test of golf and I enjoy competing on such a traditional-styled course.

"The event has a lot of history where many world-class players have won it over the years. Hong Kong is also a wonderful city to visit and it would be fantastic if I can play my best golf to contend for the UBS Hong Kong Open title," said the 45-year-old Thai.

He will be riding on a fresh wave of confidence after earning an automatic place in the International Team for next month’s Presidents Cup against the United States.

"My season has been pretty good and qualifying for the Presidents Cup on merit was a huge boost as it was one of my goals to play in the event this year.  Another goal is to win a tournament in 2015 and it would be great if I can do it in Hong Kong.

"I've had a second and third place finish in Fanling previously and numerous other top-20 finishes, so I am pretty comfortable playing there,” said the three-time Asian Tour Order of Merit champion.

Lahiri, ranked 40th in the world, will also be among the stars to watch at the venerable Hong Kong Golf Club after a stellar past 18 months which has seen him win four times on the Asian Tour, including two co-sanctioned titles with The European Tour. Like Thongchai, he also earned a spot in the Presidents Cup team.

"I'm really looking forward to returning to play at the UBS Hong Kong Open. It is fantastic to see UBS coming back to title sponsor the tournament and raising the prize fund for the players. UBS has been a great sponsor over the years on the Asian tour, so it’s good to welcome them back.

"The Hong Kong Golf Club is one of those venues where you want to go back to play every year. There's a lot of character to the course, it’s like the Delhi Golf Club in some ways where it’s very demanding from tee to green," said the 28-year-old, who finished tied fifth at the PGA Championship last month to post India’s best outing in a Major championship.

"I struggled on the course early on in my career but over the last few years, I’ve improved with my results. Who knows, Fanling could be like how the Delhi Golf Club was to me where I struggled early in my career before managing to win there several times. Hopefully, I can get a ‘W’ in Hong Kong."

The return of UBS as title sponsor for the first time since 2012 has seen the prize purse for the tournament increase to US$2 million in 2015 from US$1.3 million last year. The event is also supported by the Hong Kong SAR Government’s Mega Events Fund and sanctioned by the Asian Tour, European Tour and Hong Kong Golf Association.

With the funding support from the Mega Events Fund, the “UBS Hong Kong Open” has successfully secured the participation of a number of world’s leading golf players to play in this mega event. Their presence will significantly boost the profile of the tournament as a major sporting event. The star names will not only support the promotion of this event, but will also help promote Hong Kong as a premier travel destination in the region and the local participation.