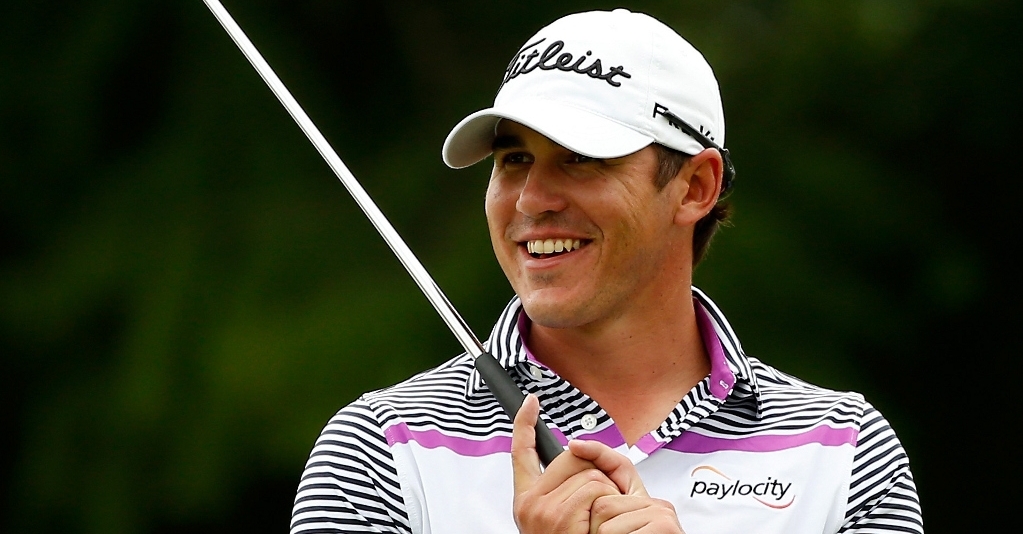 Brooks Koepka, Ryan Palmer and Greg Owen all carded 64's to take a one-shot lead after the first round of the FedEx St. Jude Classic.

Koepka and Owen both shot their lowest rounds of the year, while Palmer went bogey-free as the trio set the pace early on at TPC Southwind.

Defending champion Ben Crane carded a 66 to sit two shots behind the leaders, while Phil Mickelson is four strokes back after shooting a 68. Pre-tournament favourite and world number seven Dustin Johnson saw his campaign last just nine holes before he was forced to withdraw due to illness.

Koepka, who started on the tenth tee, registered birdies at the 11th and 16th to take the turn in 33. The 25-year-old notched up a birdie at the first before missing a 19-foot par putt at the second to register his first bogey of the day.

The 25-year-old bounced back with three birdies in four holes from the third to the sixth, before faltering at the seventh where he missed a four-foot putt for par. He once again responded well to dropping a shot, producing birdies at the eighth and ninth to finish on six-under for the day.

Palmer, who like Koepka played the back nine first, enjoyed a bogey-free round that included birdies at 11th, 13th, 15th and 18th as he raced to four-under after nine holes. A birdie at the par-four 13th was the highlight, with Palmer sinking a 23-foot putt for a three.

The American continued to impressed on his closing nine, making birdies at the first and second before closing off the remainder of the round with pars.
Owen too played the back nine first and got underway with a birdie at the 12th before registering three birdies on the trot from the 16th to the 18th. Like Palmer, Owen cooled down somewhat on his closing nine, with birdies at the first and third followed by a run of pars.

Sitting one shot behind the leaders are the quartet of Scott Brown, Steven Alker, Brian Davis and Richard Sterne who hit first-round 65's.

Mickelson is tied in 20th on the leaderboard following his first-round 68. Playing the back nine first, the world number 19 began strongly with birdies at the 10th, 13th, 14th and 16th. However, the five-time major winner's fortunes took a turn for the worse when he slumped to bogeys at the fourth and the eighth.

Meanwhile, Crane found himself tied for eighth after a turbulent first round of 66, which consisted of seven birdies – four of which came from the first to the fourth – and three bogeys. Crane was the only player to reach seven-under on the day, but three bogeys in the last five holes saw him drop down the standings.